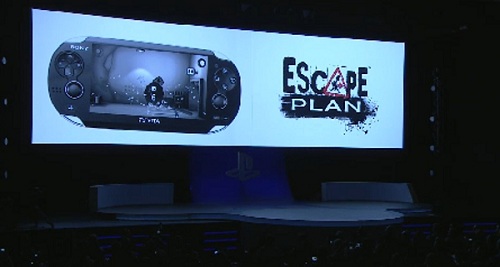 If you were concerned about what games to expect on the PlayStation Vita then you should be happy to hear that at Gamescom 2011, during Sony’s keynote speech they revealed a new and interesting looking title called Escape Plan. From what was shown during the presentation, the title will be a side scrolling game where players must control two characters named Lil and Laarg through traps.

You can see the above image of the two characters, but unfortunately not much information for the title was given at the time of announcement. There is currently no launch date nor was there a developer announced at the time. Still the more Vita games the better in my opinion, especially non-remakes of old titles.