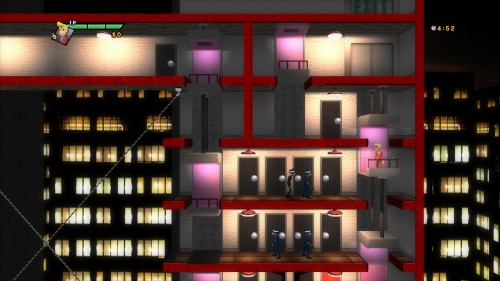 A game called Elevator Action Deluxe is always going to seem a bit strange at first, but Taito is going to stay as true as they can to the original source material. The PlayStation Network exclusive is going to be quite similar to the original game, only receiving better graphics and a few new gameplay modes, but otherwise keeping much of what fans originally loved.

The game will include new weapons, high speed elevators, offline multiplayer modes such as deathmatch and competitive modes. Andriasang reports that the game will be out on August 30th in North America and August 31st everywhere else for $9.99, £7.99 and €9.99 depending on your currency. Square Enix also released a slew of new screenshots which you can see below.

Final Fantasy Versus XIII new details, but no release date