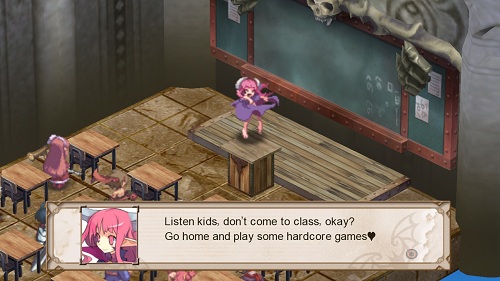 If you’re a fan of tactical RPGs, a wacky cast of characters and throwing plenty of Prinnies, then you may want to look into the Playstation Vita. Nippon Ichi has confirmed that their Playstation 3 game, Disgaea 3: Absence of Justice, is heading to Sony’s newest handheld as Disgaea 3 Returns.

Nothing much has been announced but Nippon Ichi has revealed that, in addition to the downloadable content that is already available for the Playstation 3 version, the game will include two new characters and four new scenarios exclusive to the Vita version. They have also revealed that the character portraits will have a similar look to those of Disgaea 4. Alongside this confirmation was some teasers about their upcoming projects, including a Studio Plasma collaboration and a 3D action RPG made by the Prinny team.