Continuing my achievement challenge announced early on in the month http://www.capsulecomputers.com.au/2011/07/jacks-achievement-challenge-a-game-a-month/ (but discretely worked on since December 2010) whereby I am completing one game’s achievements fully to add it to the 100% complete list. I am pleased to reveal this month was a success and continues the run of progress, bringing the total up to 8 months in a row. 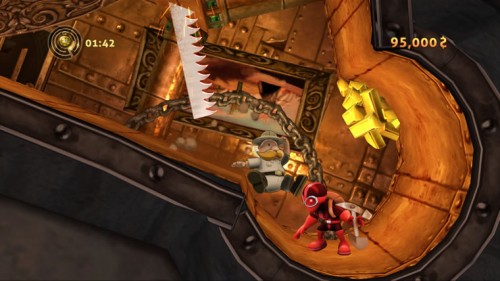 For once, the challenge was under control since the month began, with a calm and collected planning to fully complete last year’s Xbox Live Arcade title ‘Lazy Raiders’ from scratch. There was no last minute scramble to fully obtain all achievements in a game during the closing days of the month like the last two months. There was a steady progression as I worked my way through the levels of this puzzler which has you spinning the level around your character in order to slide and drop him into treasure, before finally unlocking the last one to see out July 2011 of this task.