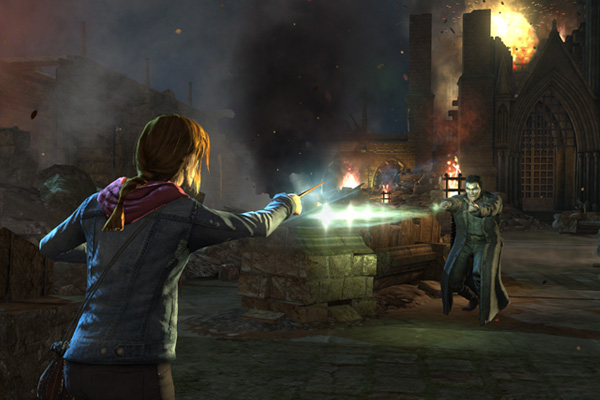 With both the Harry Potter and the Deathly Hallows Part 2 films and games soon to be released, EA have released a little of taste of what is to come with a downloadable PC demo. The demo showcases two levels from the Harry Potter and the Deathly Hallows Part 2 video game, based on the upcoming film of the same title. The PC demo offers two exciting levels from the game, the first being an action packed sequence on the rooftops of Hogwarts as Harry and his friends battle Voldemort’s Death Eater Army. The second level is a dramatic showdown between Hermione and Fenrir. The demo will give you an idea of what it is like to step into the shoes of Harry Potter and his friends, allowing you to experience the danger of the urgent quest to locate and destroy the remaining Horcruxes and defeat the Dark Lord, Voldemort. To download the PC demo now, head to www.harrypotter.ea.com/demo. Harry Potter and the Deathly Hallows Part 2 will also be available for Xbox 360, Playstation 3, Wii and Nintendo DS in July 2011. Visit www.harrypotter.ea.com for more information.