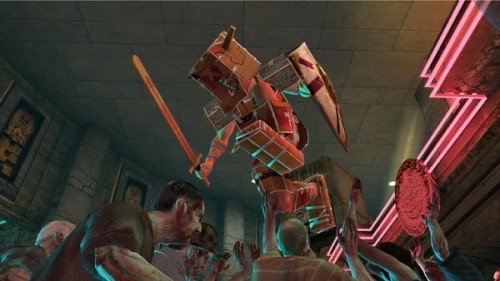 Also revealed was that Gamestop pre-orders will be getting a special outfit known as the “Cosplay Warrior” outfit. The outfit is a cardboard helmet, monster face paint, cardboard armor, and cardboard boots. If the player equips a practice sword and shield they will have a special attack and they also will be able to gain 25% extra PP after each attack you do. Dead Rising 2: Off the Record will be released on October 11th in North America and will come at the discounted price of only $40.