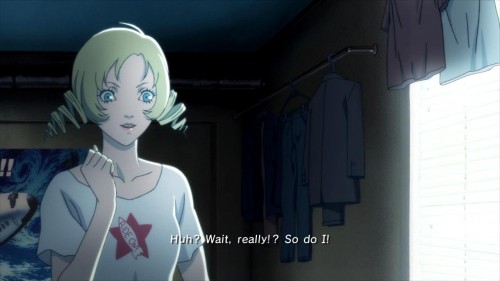 Usually on this website we post our own unboxing of special editions when they are released, however how about an unboxing video from the developer themselves. Or at least Aram Jabbari, a rep from the company who will be able to provide viewers a full run down of everything players can have if they purchase the Love is Over deluxe edition of Catherine.

In the video we are shown the pillow case that contains Catherine stretched out across the front side, a pair of polka dot boxers that match the ones that Vincent is wearing in the game, a soundtrack CD with music from the game, the game itself of course, a pizza box from The Stray Sheep bar, a T-shirt that looks quite similar to the hearts from another game and of course that new game smell. The game will be released next Tuesday on July 26th for both the PlayStation 3 and Xbox 360.