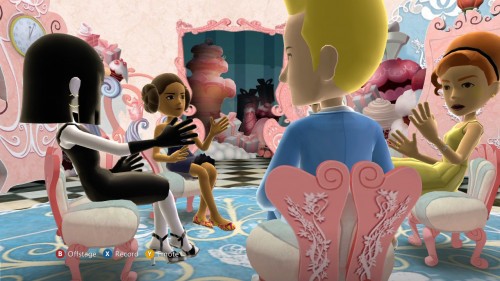 Microsoft has released their Avatar based chat service for the Kinect Labs today in the form of Avatar Kinect. You can purchase the content entirely free from within the Kinect Labs program and it will be accessible to both Gold and Free Xbox Live members between July 25th and September 8th. After that time only Gold members will be able to use the Avatar Kinect service.

Thursday will be seeing two things out of Microsoft and Xbox. First the Xbox Facebook page will be holding a contest where they will choose the best stand up comedy act to win an Xbox 360 and Kinect bundle. They also announced that the Kinect Sparkler app for Kinect Fun Labs will be released Thursday and will cost 240 Microsoft Points. This app allows players to use their fingers to move sparklers around in their environment, though the unexpected price tag may turn off many users, considering everything else in the Kinect Fun Labs is free.