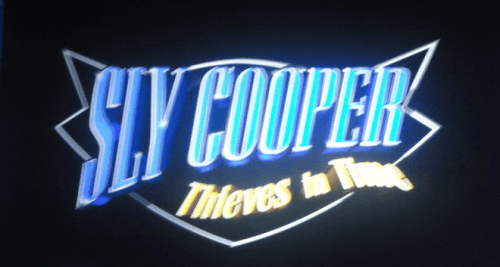 If you read that title and thought it’s about time then you and I would certainly get along. Sony announced today during their E3 press conference that they are finally working on bringing a new Sly Cooper title to the PlayStation 3. Sure they released an HD collection which had all three Sly Cooper titles already on the PS3 but they had never mentioned a fourth Sly Cooper title, until today that is.

Sly Cooper: Thieves in Time was only teased in a trailer that showed off the usual cel-shaded style that fans love as well as the game’s humor, as Dimitri disguises himself as Sly to steal different things, only to be scolded by an off camera Sly and gang. We’ll certainly be seeing more of Sly Cooper in the coming months and hopefully in the coming few days Sony will show off some more information for the title during the rest of E3.