At Capcom’s booth tour we were given the chance to get our hands on Dragon’s Dogma on the Xbox 360 for the first time since the game had been announced. The title allowed me to select either a prequel level where we would have played as a warrior class, or a level where we would be fighting against a giant griffon in mid air. Needless to say, I chose to battle against the griffin.

For the fight with the griffin I was given the Strider class to play as. This class is a bow wielding class that can use various bow and arrow abilities as well as use two daggers to deal fast damage at a distance. The rest of my party consisted of a fighter and a mage that provided both healing and various buffs to our weapons including the spell that was most important for this battle, the spell that imbued our weapons with fire magic.

First off the Striders abilities with the bow were quite impressive, with two abilities shown off called Strong Pull which allowed the player to charge an arrow over a short period that will cause extra damage when it hits the target. The other ability allowed the player to arc an arrow attack into the air that would then hail down as multiple arrows to strike at foes on the ground. The strider is also quite capable as a close range fighter as he wielded both of his daggers with ease. Though the most important aspect of this fight was the bow and arrow. 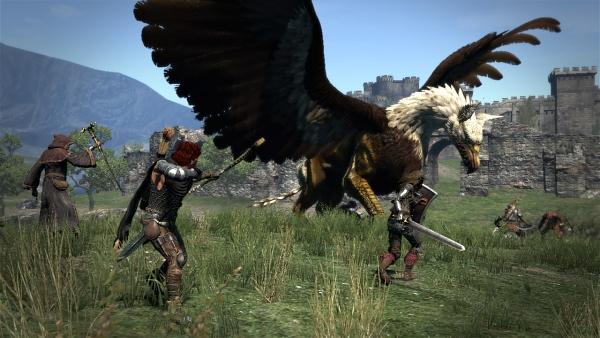 Our fight began with a small group of goblins on the ground while the griffin circled above us menacingly, these goblins were easy to dispatch and I noticed that my teammates were saying various things such as, “This body will be great bait.” This means that it could be used to draw the griffin onto the ground so we could attack it easier. Whenever one of my party members would speak about something important that I should do, the camera focused on them in an effort to emphasize that I should listen to them.

Unfortunately the zooming animation for the characters wasn’t fully finished yet so the timing was off most of the time and would simply leave me guessing as to what I should do with what they were telling me. Of course team work is the best way to take down an enemy of such size, and the best way to bring down a griffin is to burn its wings. 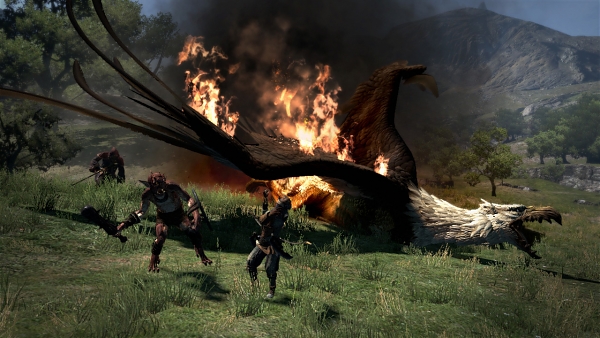 I could command my teammates with the D-pad saying either Go, Help or Come to me which would allow some minor management of my party members at the time, and the best way that you could work together with your mage was requesting him to help you. He would then buff my arrows with fire magic, which when shot at the wings of the griffin caused them to catch fire and force the beast to the ground in an impressively visual crash. Once upon the ground the griffin was still a force to be reckoned with, but it also allowed me to take advantage of the grab mechanic, which allowed me to grab onto the leg and the head of the griffin when it was upon the ground and climb up along its body, allowing me to deal heavy damage to it without it being able to throw me off.

There is a fatigue meter of sorts which shows how long you will be able to stay hanging onto the griffin. This meter is displayed under the health bar at the moment and when empty, my strider would let go of the griffin and breath heavily for a few moments before I could move him again. After a short time the griffin would be able to fly again, but could be taken down easily again with team work. The combat for Dragon’s Dogma is both impressive and easy to understand, which is saying a lot considering there is still half a year left before the end of 2011. Visually the game is a treat as the griffin was as large as a mid-boss creature should be and the hilly field that we fought upon was nicely detailed. Dragon’s Dogma will be released sometime early in 2012 for the Xbox 360 and PlayStation 3. 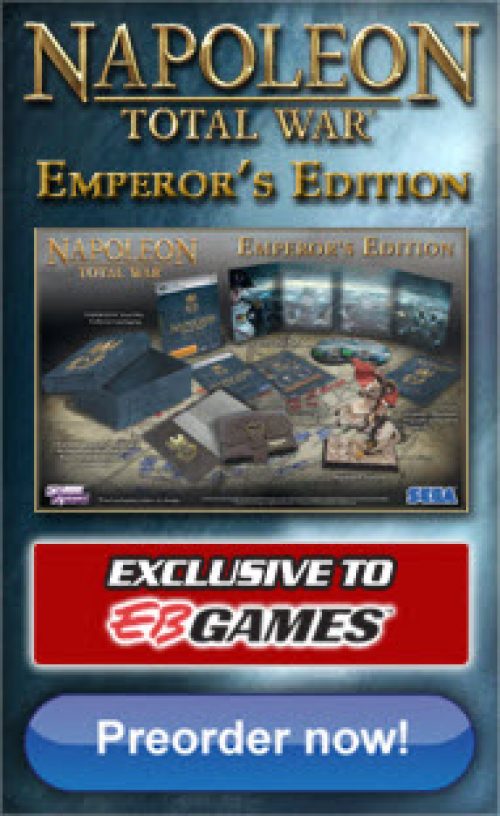