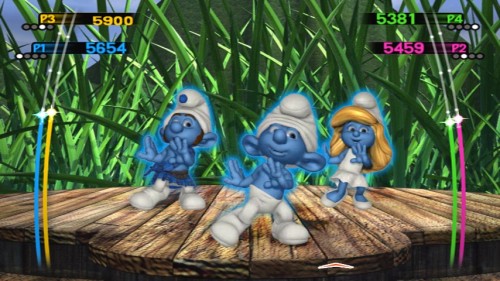 When you wake up in the morning and take a look at your inbox the last thing you expect to see is something Smurf related. But that is what happened today because Ubisoft has announced that they are currently developing a game called The Smurfs Dance Party. Yes, a game for the Wii and DS that will allow you to dance along with a number of Smurfs from the show.

This includes Papa Smurf, Clumsy, Brainy, Gutsy, Smurfette and even Gargamel but then again he is the bad guy in the shows… who knows. The game is currently set for a release in July with twenty fun dances set to classic songs as well as current chart topping hits. The title on the DS will be a mini-game collection unfortunately so if you really want to dance with blue men, you have to own a Wii.