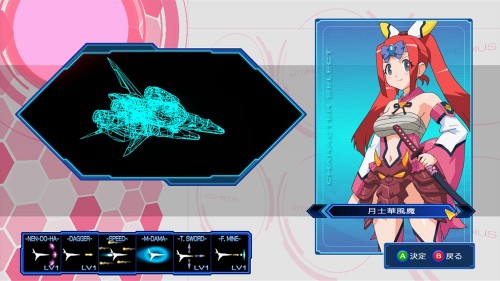 It seems that every little bit of news we manage to scrape together for Otomedius Excellent is from a video game retailer placing the information on their website before Konami decided to say anything about it. We previously saw that GameStop had listed a Collector’s Edition of the title but we did not know at that time what would be in said edition.

That is until Amazon updated their listing for the title. Siliconera was the first to notice that Amazon now lists a $49.99 Collector’s Edition of Otomedus Excellent and under the product features it describes the following:

Some of these things we already knew, such as the multiplayer modes and the characters that you could play as. But the interesting thing here is obviously the 2 sided pillowcase, 61 page artbook and soundtrack disc you will receive after you buy the Collector’s Edition. I’ve gotten a pillowcase before from the Record of Agarest War Naughy Edition that was released last year and that just sits away in the closet. It’ll be interesting to see what this one will look like when Konami ever gets around to acknowledging the title again. Oh and Amazon also lists the game for a July 19th release. Wonder if that’s just a placeholder.