With so many great films and series’ out at the moment, we all know when winter strikes in the Southern Hemisphere there will be plenty of DVDs to get us through those cold nights. Madman have released their July lineup so we know exactly what to look forward to when the rain comes…and it is a brilliant lineup. 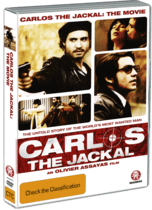 For two decades, Ilich Ramírez Sánchez, better known as CARLOS THE JACKAL, was one of the world’s most wanted terrorists. Between 1974 and 1994, he lived several lives under various pseudonyms, weaving his violent way across Europe and the Middle East through the complexities of international politics. From bombing trains and government buildings to hijacking planes and taking hostages, his explosive exploits captured the attention of the world.” 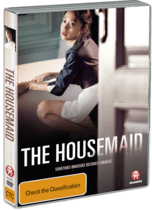 “After accepting the job of a housemaid to a wealthy businessman, the innocent and naive Eun-yi is tasked with taking care of his pregnant wife and her young daughter. But when the husband seduces his new employee, his actions do not go unnoticed by an older servant who knows many of the family’s secrets. When things take an unexpected turn, the household is left wondering if this mere housemaid is really as innocent as she appears.

Sleek and sexy, THE HOUSEMAID is a provocative and beautifully cinematic thriller and a landmark reinterpretation of Ki-young Kim’s highly-regarded 1960s film of the same name.” 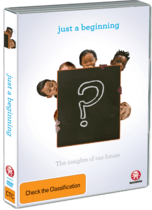 “Shot over two years,JUST A BEGINNING traces the lessons of a rather unique pre-school class: at merely 3-5 years of age, this class is already waxing lyrical on philosophy.

Seated in a circle, these pre-schoolers ponder subjects such as love, power, difference, growing up and death. Slowly but surely, the workshops become the space in which the children learn about listening, respect and the world around them. Screened to popular acclaim at the Alliance Francaise Film Festival, JUST A BEGINNING is the story of a kindergarten with a difference – these kids are the future, and they’re pretty right-on!” 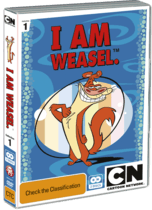 “As silly as REN AND STIMPY but less disgusting, I AM WEASEL is a cult classic featuring two of the most mismatched pals ever to grace television screens!

Meet I.M. Weasel (voiced by Michael Dorn, better known as STAR TREK’s ‘Worf’): a famous, generous, caring being who is extremely gifted, talented and skilled in most professions. Now meet I.R. Baboon: an untalented, ugly, erratic being, who is only noteworthy for his big bright red butt, which he refuses to cover at any time much to the discomfort of those around him. Despite I.M. Weasel’s benevolent nature, I.R. Baboon is constantly trying to out-do him and constantly failing to do so. These are their adventures!” 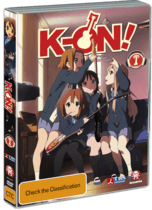 “From the land of J-pop comes K-ON!, a rockin’ musical adventure which traces the musical aspirations of a group of four precocious high school chicks.

When Yui Hirasawa enters high school, she wants to join a club but can’t decide which one is right for her. Fortunately, the Light Music Club is desperate to find another member or they’ll be disbanded! So, with the enticement of delicious snacks and assurance that no musical experience is necessary, Yui joins up as the guitarist in this all-girl high school rock band – also featuring Mio Akiyama on bass, Tsumugi Kotobuki on keyboard and Ritsu Tainaka on drums. Together, they’re going to rock the school and someday make it to Budokan!”