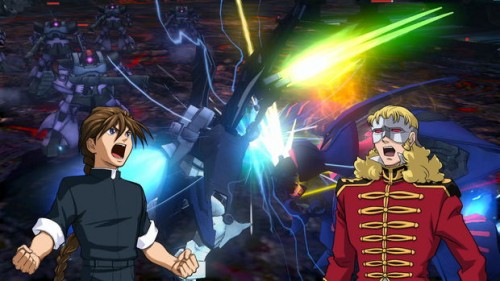 Although there hasn’t been a lot of information released about the title, there sure have been a lot of screenshots released for Dynasty Warriors Gundam 3. In this batch we see a whole bunch of combat shown off between the various types of Gundams that players will be able to control as well as a few of the characters performing what I can only guess is their special moves, or beginning of a fight of some sort.

Who will be picking this title up when it releases on July 1st for the PlayStation 3 and Xbox 360? Being the third iteration of the Dynasty Warriors Gundam series, the developers have most likely been able to create an experience that all fans should enjoy, both those who enjoy the Gundam series and those who enjoy the Dynasty Warriors series. of course with both Namco Bandai and Tecmo Koei teamed up for this one, it better be. Check out all of the screenshots below.