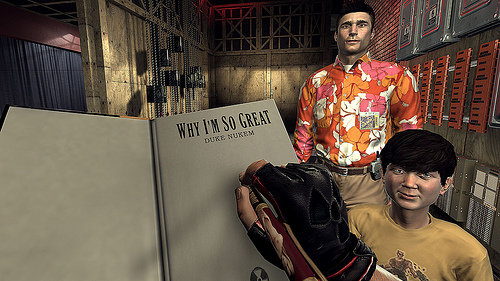 You may remember that a long time ago Gearbox and 2K Games said that First Access Club members, who were only able to become members after buying Borderlands Game of the Year Edition would gain access to the Duke Nukem Forever demo before anyone else. Of course when that news was first spoken of there was still some skepticism about whether or not the title would actually come out.

Though now that it has a set release date, so does the demo for First Access Club members, and that date is June 3rd. Unfortunately the platforms for which the demo will be available on were not mentioned and neither was a time for a demo for those who are not able to obtain early access. Alongside this announcement was a quick video from Randy Pitchford going over the information and confirming that Duke Nukem Forever is in the final stages of going gold.