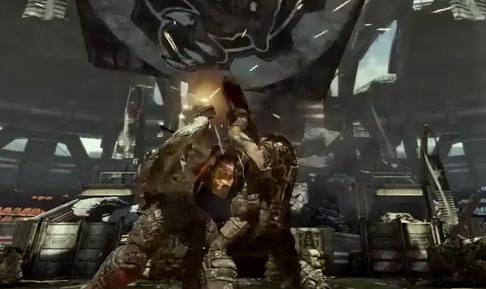 If you a Gears fan whatsoever, I probably don’t even have to remind you that the multi-player beta is starting just 10 short days from now on April 25th. Well I guess I just did, technically, but either way those who pre-ordered Gears 3 from EBGames/Gamestop or simply purchased Bulletstorm: Epic Edition will be heading into the multi-player beta as a reward. If you haven’t yet done either, there is still time so no reason to panic as you still have time and if it helps in your decision of just which selection to go with to get into the beta, I recommend both of course but Bulletstorm owners will get to access the beta one week earlier on April 18th.

Of course the biggest news possible that everyone should already know about Gears of War 3 is that the game will now be hosted on dedicated servers as well as new modes such as Team Deathmatch. Cliff Bleszinski and Rod Ferguson (as well as a few other lead developers) recently sat down with to discuss just how this highly anticipated follow-up was created to please all the Gears Faithful out there in a new short video documentary, Making Gears 3: Dedicated Execution. So sit back, grab a few pieces of popcorn (as the clip is only a few minutes long), and check out just how much the awesome crew at Epic Games listened to their fans to create a game that could very well be a front runner for Game of the Year. Watch that video below and don’t forget to grab a beta code while you can.