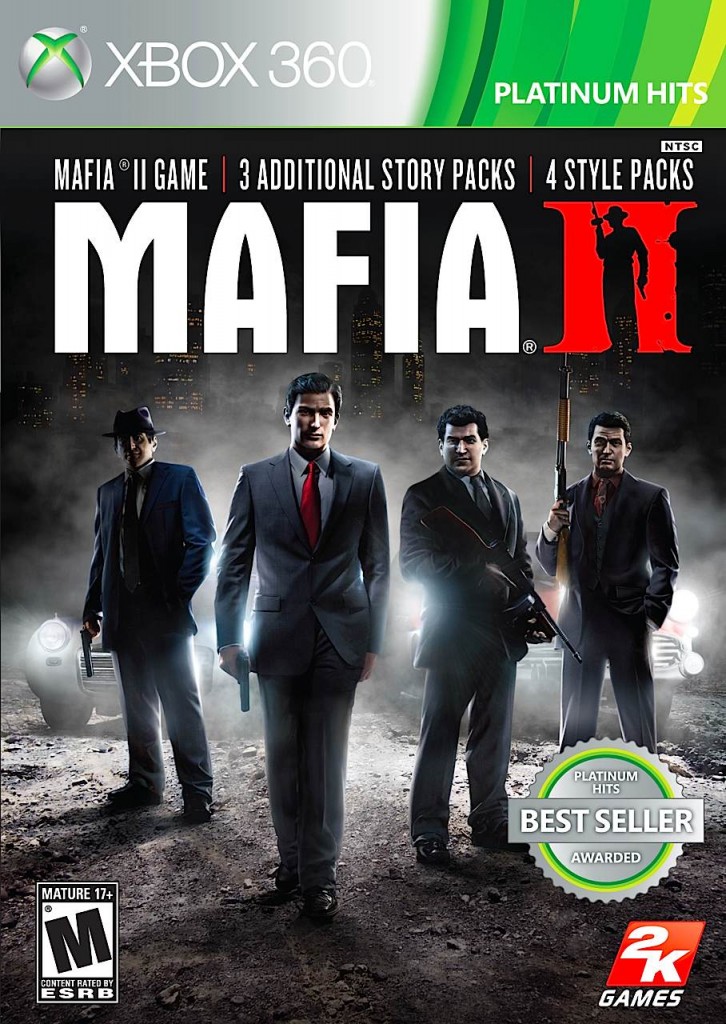 It is a little odd that they couldn’t simply just keep the little subtitle the exact same on every console but regardless of that fact 2K Games has announced that Mafia 2 has been re-released for all platforms it was available on before. The Xbox 360 version will be the Platinum Hits version, PS3 is seeing the Greatest Hits and PC gamers are given the true name for a game such as this; Director’s Cut.

Now for a price tag of only $30 and is currently available at select retailers with a full release coming next month. The Director’s Cut/Platinum/Greatest Mafia 2 version will include all the DLC missions which are: the Betrayal of Jimmy, Jimmy’s Vendetta and Joe’s Adventures. Also included in the package are the style packs which were exclusive to certain retailers.