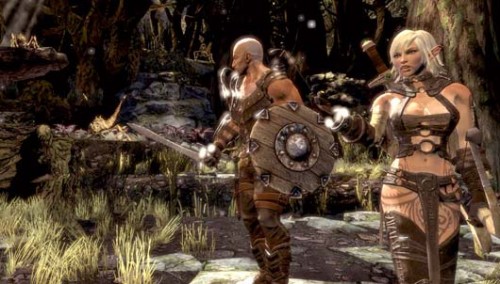 Bethesda may be known for its large scaled open world games but that doesn’t mean they can’t create an action packed dungeon crawler just the same. In the latest trailer released by Bethesda we see tons of new gameplay footage for Hunted: The Demon’s Forge which shows off plenty of amazing looking gameplay that already has my anticipation level maxed.

We see Caddoc and E’lara teaming together to do plenty of different kills on enemies as the two person mercenary team attemps to stop the ancient evil that has been unleashed in the heart of Kala Moor. Also stay tuned until the end to see a giant floating eyeball and a bit of humor. Personally I can not wait until June 1st when the game arrives on shelves in the US.

Xbox 360 Dashboard Update – A Step in the Wrong Direction