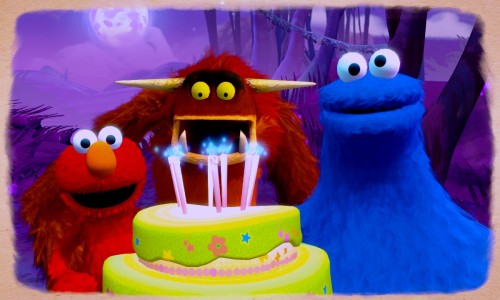 The developers that brought us everything from Brutal Legend to Costume Quest are now working on quite a unique game. Announced today by Warner Brothers we now know that Double Fine Productions has been working on a game they are calling Sesame Street: Once Upon a Monster which will be a Kinect game for the Xbox 360.

Apparently the game will have players playing alongside the likes of Elmo and the Cookie Monster to explore a storybook and meet other Sesame Street characters. As you can see it looks like the Kinect will place players in control of their own character and will have game mechanics based around childrens’ learning. Much like Sesame Street itself. Expect to see Sesame Street: Once Upon a Monster some time in the Fall season.