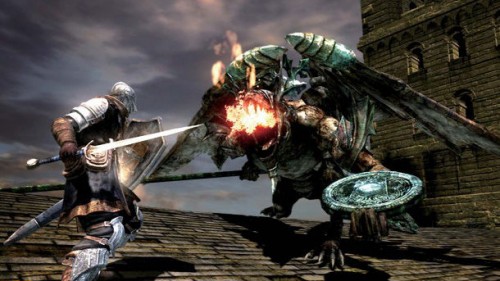 Now when fans of Demon’s Souls heard that there wasn’t going to be a sequel, there was much heartache to be had. But all is not lost considering the fact that From Software and Namco Bandai have teamed up to release something that they are calling a spiritual successor to Demon’s Souls. Called Dark Souls, the game will feature much of what made Demon’s Souls so popular. A trailer was released to help show just how similar the games will look.

Best of all it turns out that Dark Souls will actually be a multiplatform release unlike it’s predecessor. This means that fans of both consoles can experience just how difficult Demon’s Souls can be when it comes to combat and dungeon crawling. There will be a bigger open world and even new combat mechanics to go along with the already creepy nature of what appears to be the spirit forms of players returning. Namco Bandai has not set an official date to expect Dark Souls, but have said it will be out sometime near the end of this year.

Dark Souls’ website provides a map and 23 pieces of music

SEGA Dreamcast Collection: Out In February!