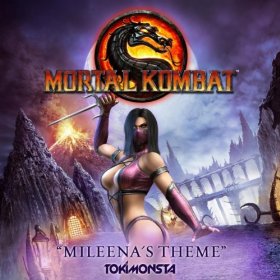 Blood-thirsty Mortal Kombat fans will be excited as Warner Brothers Interactive have released a new story trailer, this time for the character Mileena. The trailer shows a much darker, twisted side of the female warrior, showing a slight insight to her insane mind as well as new footage.

The video also features the song “Mileena’s Theme”, by DJ/Producer Tokimonsta and will be featured on an album called “Mortal Kombat: Songs Inspired by the Warriors” from WaterTower Music and Teenage Riot Records, which comes out in April. “Mileena’s Theme” is the first single off the album, and it can be downloaded here via iTunes and Amazon.

No release date revealed yet for the franchises’ next instalment, but it has been announced we can expect to be ripping out kidneys via x-ray moves and preforming fatalities early this year. With the album coming out in April as well as having this in mind, one could speculate that the game could possibly be released in April if the cd and game are to be released along side each other, but we can only guess at this point as nothing is confirmed.

If that’s not enough to get you excited, a few sexy renders of Mileena and Kitana have be released for the fans, previously exclusive for magazine publications. Check them out as well as the trailer below!