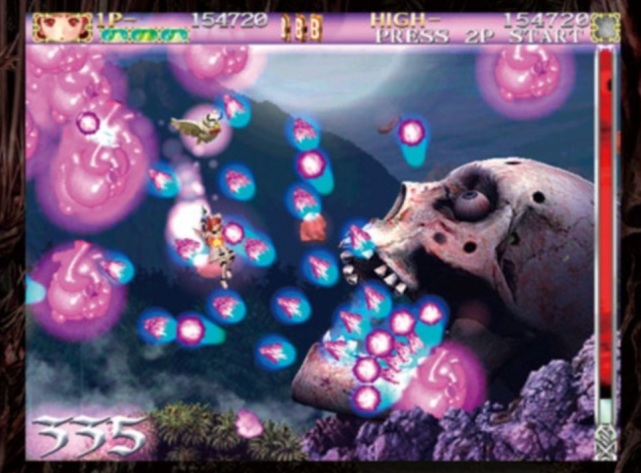 Rising Star Games has just recently announced that bullet hell game, Deathsmiles will be officially coming to European and PAL markets. For those of you who have been waiting to hear this news, you will be glad to know that this version comes as a very special and exclusive Deluxe Edition. This Deluxe Edition features the complete version of the game, with the Mega Black Label DLC (which brings an extra stage and playable character), a desktop accessory pack and the original 23-track soundtrack.

Deathsmiles features three different modes:  the original Arcade version, an Xbox 360 conversion of the arcade version and Version 1.1 of the game. Version 1.1 is actually another conversion designed specifically for the Xbox 360 (for those of you that were interested).

Along with all of this, the game will include two-player co-op, both locally or via Xbox Live. All the modes will also have multiple difficulty levels. Supposedly all this extra stuff was sold separately in Japan and priced at about £25, so this bundle is quite a steal

For those of you in the PAL regions that have been waiting for the game, Deathsmiles is coming your way in early 2011.

Battlefield 3 – New Map Art For You to Pine Over