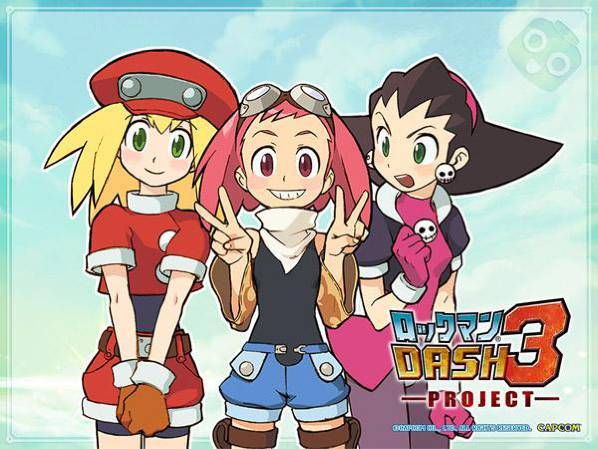 If you take a look above you will see two familiar heroines of the Mega Man series. On the left is Roll and to the right is Tron Bonne. The girl in the middle is a new addition thanks to the fans voting for her more than the other finalist designs for a new heroine in the new Mega Man Legends 3.

Aero as she is called, according to Capcom, is a 14 year old girl that is optimistic and jumps into situations head first without thinking. She is an operator, but also absentminded and has limited knowledge about machines. Sounds like she may lead to some clutzy moments within the game. Especially considering according to said document she also happens to have a love interest in Mega Man Legends 3, though we do not know who as the name has been censored out.

The look above is slightly different form the way she appeared in her concept art, but then again she had to fit alongside the rest of the characters we usually see in the Mega Man Universe. We do not know of any specific release date other than sometime in 2011, though considering the fact that Mega Man Legends 3 is set for release on the Nintendo 3DS, then it will of course have to be after that’s release date.