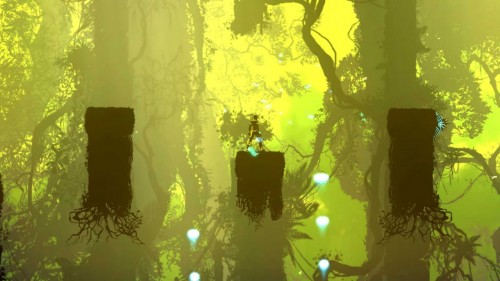 Outland, Ubisoft’s new downloadable game, may be outlandish, but its got style.  And style is awesome. Just ask us, and we will tell you how awesome it is.  Housemarque, creators of Stardust HD, are developing this eye catching game, and it is slated to be released in 2011 on Xbox 360 and PS3.  One man must stand against Balance and Chaos. He must use both the powers of light and dark to save the world, or doom it.  Taking inspiration from Prince of Persia and Assassin’s Creed, players must master the deadly traps of the world.  Featuring a soundtrack from Ari Pulkkinen, this game looks pretty darn awesome. You know awesome when you see it.