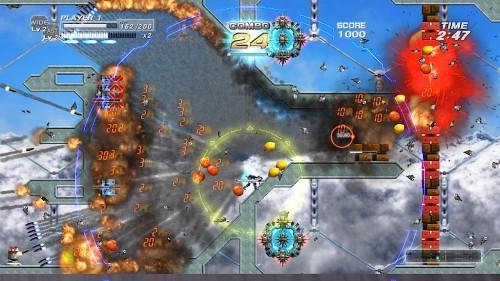 Whenever people hear about a game being delayed it is usually met with sighs and the feeling that it was delayed simply for better release date sales without anything added to the game itself. Well this time around D3 and Treasure have unfortunately delayed Bangai-O HD: Missile Fury until Spring 2011 on the XBLA. But the silver lining to this dark cloud is that they are also taking this time to incorporate co-op mode and an online multiplayer mode that otherwise would not have been included in the Bangai-O.

From early appearances Bangai-O HD: Missile Fury places the player behind the controls to a gundam-style mecha warrior that is in a side scrolling shmup. This shoot’em up style will include hundreds of bullets and enemies all over the screen as they try to destroy your robot and put an end to your fight. We’ll know more as time goes on, but at least it is good to see that while the game has been delayed, more features are being added.