A new epic adventure unfolds in the World of Inotia.

After a year of success from The Chronicles of Inotia: Legened of Feanor, Com2uS has released a sequel to the successful role-playing game. With an onslaught of new features, quests, and first time ever RPG online Match up mode, Inotia: A Wanderer of Luone is expected to revolutionize role-playing games on the iPhone.

Inotia: A Wanderer of Luone is jam packed with over 200 single player quests and five unique classes to choose from. Players are given an option to play as one of the following classes: Knight, Magician, Priest, Thief, and Templar which offers a different experience for each player. Completing the main story line provides an average play time of 48 hours but with extra side quests and dungeons, play time can reach well over 100 hours in single player mode.

However, don’t think that you are restricted to play only one character throughout your adventure in the land of Inotia. With the new party system, players are allowed to add up to 2 mercenaries to your party system. Each party member can be controlled by the user at any time or left to their own devices with a customizable AI attack type.

Com2uS has also upgraded their graphics with 12 skills for each class and spectacular graphical effects for each skill. A new look system has also been integrated where each equipped armor or weapon changes the look and feel of your character. And the amount of equipment you can obtain is virtually endless with enchantment scrolls.

To appease gamers of all genres, Com2uS has also added two different types of controls. Touch Screen controls works the same way as A Wanderer of Luone’s predecessor where you can touch on the screen to attack monsters, pick up items, and talk to NPCs. Virtual Pad offers a more familiar approach with a directional pad and action buttons. Offering both types of controls allows this game to succeed where so many iPhone RPG games have failed.

With the launch of the game in December, this game is a “must buy” for the Christmas season.

Find the hero in you in the epic adventure through the world of Inotia: http://tinyurl.com/Inotia2

About Com2uS
Com2uS Corporation (KOSDAQ 078340) established in July 1998, became the first and leading mobile entertainment provider in Korea. Since then, Com2uS has developed a reputation for creating innovative and entertaining games and applications around the world, which are available in over 80 countries in Asia, Europe and North America. 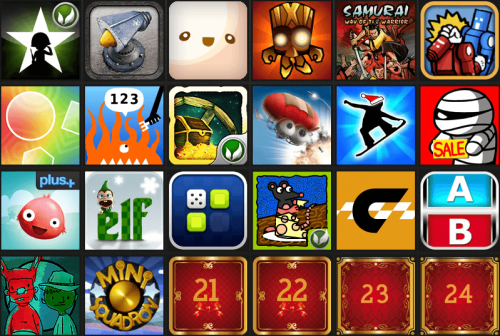