MAY YOUR DECEMBER BE MERRY AND BRIGHT WITH NEW AVATAR MARKETPLACE GEAR, GAMES AND GREAT DEALS ON XBOX LIVE!

If the weather outside is frightful (or blistering hot in the Southern Hemisphere), take a break indoors and check out the endless entertainment Xbox LIVE offers you and your family this December.

Fight the urge to sneak a peek at your presents from the family and let Xbox LIVE Marketplace fill your December with holiday surprises. Starting December 18 through December 31, enjoy limited time, one-day discounts on select Xbox LIVE Marketplace content every day – games, movies, blockbuster game add-ons, holiday themes, you name it! Available to all Xbox LIVE Gold and Silver members, everyone can celebrate the countdown to the New Year with a special offer from Xbox LIVE!

Even your Avatar Gets a Tacky Holiday Sweater

On December 10, get your Avatar in the holiday spirit with specialty items including an ugly holiday sweater and even a free holiday gift for your Avatar to unwrap! And make sure they’re dressed to impress with signature tokidoki gear too, including an assortment of trademark tees and a pair of tokidoki themed rain boots. Wishes really do come true during the holidays! Dress your Avatar in magical Disney apparel when “Disney Classics” releases on Avatar Marketplace December 24.

Here comes Santa Claus with Unbeatable Deals of the Week…

Deal of the Week continuously delivers more fun to Xbox LIVE Gold Members for less points, so take advantage of these supreme deals each week in December.

“Shadow Complex™” (Epic/Chair Entertainment) | Worldwide: From the producers of Gears of War comes “Shadow Complex,” a modern and masterful side-scrolling shooter. Winner of nine ‘Best of E3’ awards, “Shadow Complex” combines the quality and depth of a retail title with the accessibility you love, available exclusively on Xbox LIVE Arcade. December 21 through December 27, get “Shadow Complex” for 800 Microsoft Points, a 33% savings. “Shadow Complex” is rated T for Teen by the ESRB.

“The Maw” (Twisted Pixel) | Worldwide: 400 Microsoft Points, rated E for Everyone by the ESRB.

Xbox LIVE Arcade delivers quality downloadable games at the best value to light up your holidays.

“Alien Breed Evolution (Episode 1)” (Team 17) | December 16 | Worldwide: The game features incredible fidelity and attention to detail throughout, awesome audio effects and an engaging single player narrative. The pulsating story takes the game’s hero through an intense ride through a stricken craft, onto a mysterious, ageing hulk ship and beyond. In addition to the explosive single player story, the game also offers a relentless, action packed, two-player co-operative battle mode for online and offline local action with a number of difficulty modes to challenge all skills. Available for 800 Microsoft Points, “Alien Breed Evolution (Episode 1)” is rated T for Teen by the ESRB.

“Trials HD BIG PACK!” (Redlynx) | December 23 | Worldwide : Fans of “Trials HD,” one of this summer’s hottest downloadable games, can get ready for more fun and insane challenges with the add-on, “Trials HD BIG PACK!” Rev your engines with 35 new racing and skill tracks, over 50 new crazy physics objects, tournaments, new achievements worth 50 extra gamerscore, and more. “Trials HD BIG PACK!” releases December 23 on Xbox LIVE Arcade at 400 points and is rated T for Teen by the ESRB.  Fasten your helmet and prepare for serious bruises!

Chestnuts, cocoa, snowflakes…and plenty of titles to choose from on Games on Demand

Games on Demand titles are available for quick, convenient download 24×7. Check out some of this month’s top titles to add to your collection.

“Crackdown” (Microsoft Game Studios) | December 1 | Worldwide except Germany, Japan and Korea: Prepare for the upcoming release of “Crackdown 2” by revisiting the award-winning predecessor, “Crackdown.” You’ll take on the role of judge, jury and executioner as you restore peace by any means necessary in Pacific City, a crime-ridden urban center primed to explode and ready for you to explore. Enter the vast and fully explorable world as you clean up the streets the only way you know how. Your way.

“Disney Bolt” (Disney) | December 8 | North America and Europe: Join Bolt and Penny as they travel the globe on a dangerous mission to save Penny’s dad from the evil Dr. Calico.

“Devil May Cry® 4” (CAPCOM Co., Ltd.) | December 22 | Worldwide except Japan: “Devil May Cry 4” immerses you in a gothic supernatural world, where a new protagonist clashes with a familiar hero. As the new leading man Nero, unleash incredible attacks and non-stop combos using a unique new gameplay mechanic with his powerful “Devil Bringer” arm.

“Gears of War” (Microsoft Game Studios) | December 29 | Worldwide except Japan and Germany: “Gears of War” fans, check out the original title that started it all! Developed by Epic Games, “Gears of War” thrusts gamers into a deep and harrowing story of humankind’s epic battle for survival against the Locust Horde, a nightmarish race of creatures that surface from the bowels of the planet. Players take on the role of Marcus Fenix, a disgraced war hero who seeks personal redemption as he leads his fire team against the Locust onslaught. “Gears of War” unites breathtaking visuals with classic, emotional storytelling and a revolutionary tactical combat system, engrossing the gamer in a horrifying epic story of war and survival. 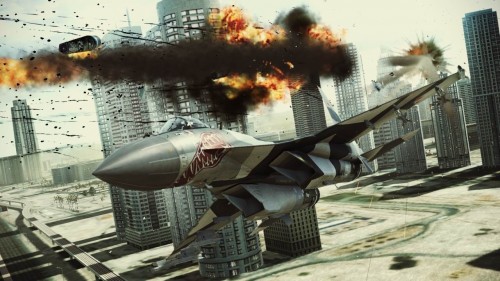 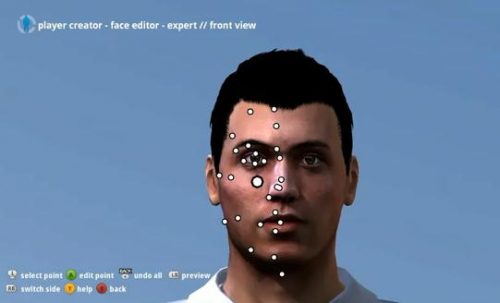