Out of the hundreds of developers and the games that they have produced for the Minis section of the Playstation Store, there are a few that stand out from the rest. Mediatonic games especially shine. Whether it be fighting monsters that (probably) stole your princess, or explaining your side of the story to a Supreme Court of Super Heroes, Mediatonic games always have the charm and quality that make them seem like they should be more expensive than they really are (thank goodness they aren’t though! Us poor broke folk have to feed our gaming diet SOMEHOW.) 1,000 Tiny Claws is no different than the rest of the offerings from Mediatonic: it has quality, humor, charm and great gameplay. 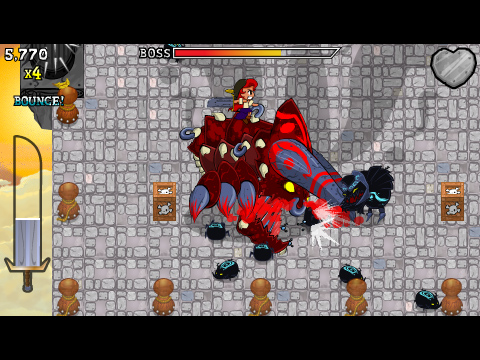 At the beginning of the game your character is standing alongside her ship’s captain awaiting execution. Right before your death, however, the whole story of how you came to be standing there comes out. You see, there was this island and on the island was a stuck sword. However, being clumsy, you stumbled and wrenched the sword from where it was, causing a dreadful curse to fall across the land and releasing a horde of horrendous bugs that have now invaded. Although the Governor would still like to see you hanged, he has one mission for you: Return to the island and stop the curse. If you fail or try to run, the rest of your crew will be killed. There is only thing to do: Take your ship and Cap’n back to the scene of the crime and save the world. And that is where the game truly begins.

Thankfully, Mediatonic told the above in a cutscene that was much more entertaining than I can write. That opening cutscene was hilarious despite the grim circumstances that may have surrounded it. The animations used in it were also of very high high quality. The story in the game kept getting better and better throughout the game too. 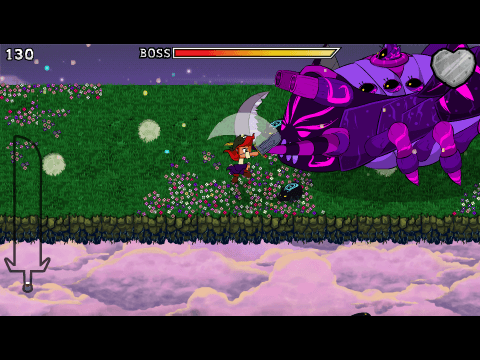 Besides a rock solid story though, 1,000 Tiny Claws also has astounding gameplay. On your way to rescue everyone, you will face off against hundreds of the enemies that you released. Being the Sky Pirate that you are though, these measly little bugs don’t stand a chance, at least in the beginning. You can whack these nasty little creatures off the edges of the floating islands with a variety of moves. 3 strikes at them, as long as they are timed correctly, will unleash a devastating blow to a bug’s skull. If you run and strike, you can make the bugs fly even farther. And once you fill up a special meter, you hath the power to unleash the gates of hell with a horrifically stron super attack. In addition to your combat moves though, you can dodge and block.   Trust me. You will need all those moves to defeat the evil curse and clear your name. The game goes from being so easy that my dog could play it to being so hard that the devil himself would weep. Nevertheless, the game never loses its addictiveness. If the main story is not enough for you though, there is also a challenge mode and a survival mode to play, in addition to a ton of amusing unlockables to strive after. 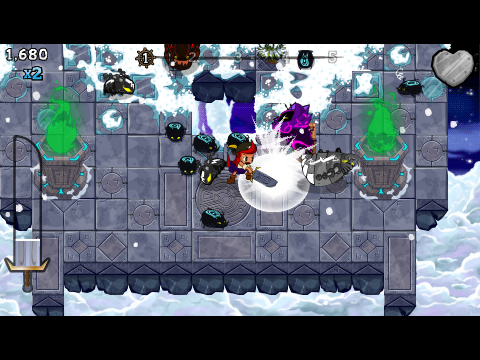 If there is one weak point in the game, it is the visuals and audio. I did not have the opportunity to play the game on the PSP so the graphics may look better on that system, but the graphics on the PS3 version of the game could use some severe polishing. The soundtrack to the game is nothing spectacular but it is not horrible either. Its jaunty pirate tunes keep the atmosphere going but overall I found it hard to get excited about. Another ding on the audio is that there is no dialogue during the cutscenes. Although I personally found that it enhanced the charm and ambiance of the game, some may find it annoying having to read what is going on.

The Minis section of the Playstation Store is full of cheap, rushed games that barely have a right to be called games. However, if you search hard enough there are gems. 1,000 Tiny Claws and other Mediatonic titles are diamonds in the rough. If you want a blisteringly hard game with an uproarious story, this game is for you. It has a ton of replay value and its quality warms the soul. Plus, it is only a few dollars. It does not disappoint.