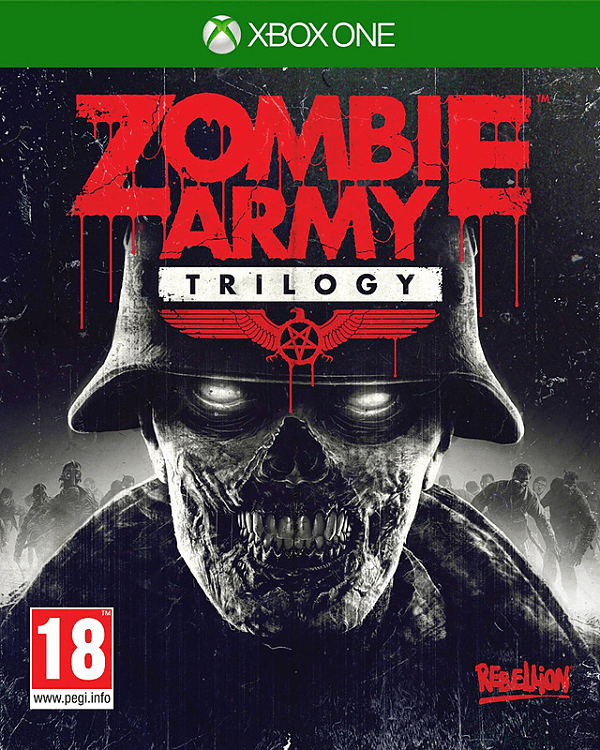 Overview
Zombies are some of the easiest enemies to include in a video game and gamers have delighted in slaying hundreds of thousands of them in numerous ways throughout the years. Then things were taken a step further by making Nazi Zombies an enemy that everyone wanted to take out. As such when Sniper Elite V2 was released, Rebellion released a couple of standalone Nazi Zombie games based off of V2’s mechanics. Now they have released both of those pieces of DLC as well as a brand new third entry in the Zombie Army Trilogy for current-gen platforms. Is the title worth taking on the undead Nazi hordes once more?

Story
As one would expect, the story doesn’t get too complicated in Zombie Army Trilogy though there are different elements that players will have to deal with depending on which entry in the trilogy you are working on. The base storyline is however that once Hitler realized that the Nazis were losing the war and were nearly defeated, that he authorized the use of a project that would bring back the dead to do his bidding. 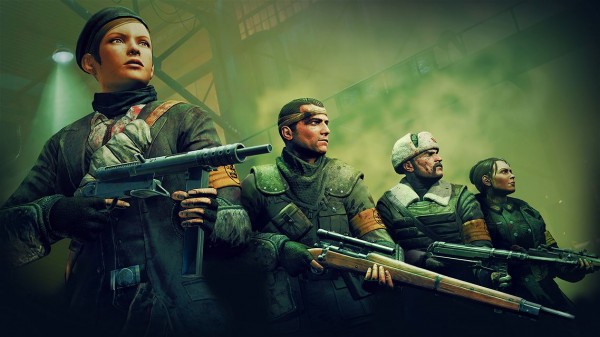 With the undead swarming across Germany the Allied forces found themselves being pushed back and now it is up to the player and up to three other friends to take and put these undead back in the ground. It is worth noting that alongside the four original characters a batch of four new female characters have been added to bring the total roster up to eight which is a nice touch but doesn’t really add too much to the simplistic story.

Gameplay
Since the core of these games are based off of Sniper Elite V2, players will know roughly what to expect in the game as far as equipment goes. They will have to face off against the undead using dated weaponry from WWII which means you’ll be using plenty of single-shot rifles and less than accurate machine guns to try and stay alive. That being said, it does feel like that despite the amount of weapons at your disposal, the fact that even the most basic zombies absorb a large amount of damage and can best be put down with a shot to the head means that a large swathe of the offered weapons tend to be useless against the hordes or only used as a last resort when running low on everything else. 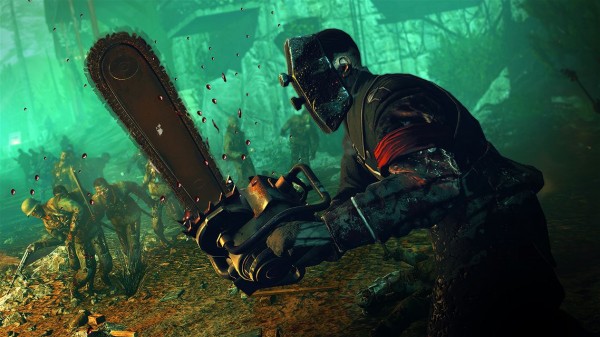 Every stage features various objectives the player, or players as the game offers extremely fun four player co-op online, must complete to advance and there are numerous checkpoints that are activated throughout these levels in order to allow players to keep their progress even if they happen to fall to the hordes. This is an essential element as the hordes you’ll be facing off against are anything but easy to kill at times. You see, while players can complete objectives and find various safe houses that allow them to re-equip, the sheer number of enemies you’ll be facing will put the players at constant risk. This means that although solo play is certainly possible and the game does scale down for single players, tackling these missions are best enjoyed with a friend or two. 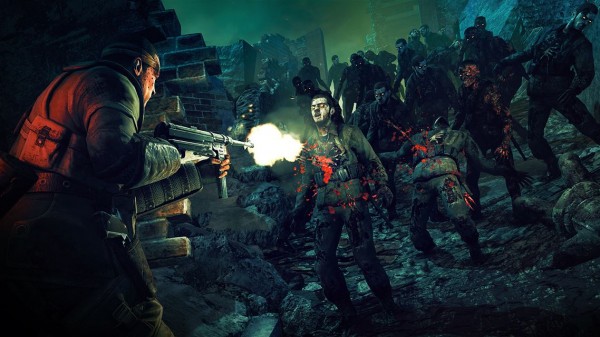 Utilizing explosives such as grenades, mines, and tripwire-traps are useful for clearing large groups or securing a position while trying to snipe away at the zombies approaching you but while many of the zombies you come across are rather slow moving to start with, that quickly changes as explosive enemies and armored zombies appear to test the players’ mettle. Trying to kick away enemies is a useful move but one that only serves as a delaying tactic as the zombies in Zombie Army Trilogy are very resilient and this can cause ammo to run real low at times even though players can carry a main weapon, a sidearm, and a secondary weapon along with plenty of explosives. 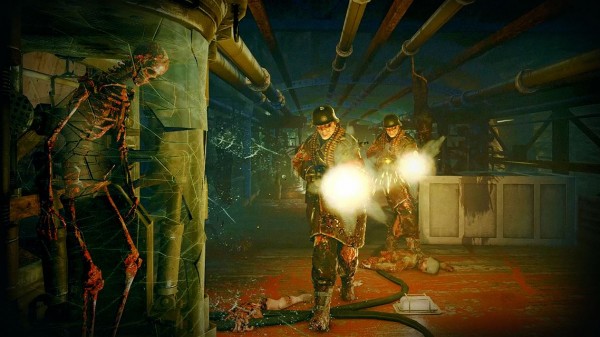 This leads to many extremely enjoyable online sessions of players having to work together to try and stay alive while watching one another’s backs. While taking on the story campaign is rather enjoyable on its own, an extra Horde mode where players must survive against waves of zombies that grow stronger has also been included. This feels a bit like a tacked on mode but will provide plenty of fun for those who simply want to kill off some zombies with their friends without worrying about specific objectives.

Visuals & Audio
Although the Zombie Army Trilogy is built using a rather outdated engine that causes some enemy movements as well as character movements to look a bit awkward at times, there is a noticeable improvement to the graphics in these releases and it does wonders for the atmospheric nature of the game.

Players will have to navigate through numerous areas, a few of which will look familiar to longtime fans of the series, that have all been transformed into hellish landscapes full of fire and death and they will have to constantly be on the lookout for zombies and worse that come looking for the players blood. As you fight against the hordes the player’s weapons will sound realistic while the shrieks and cries of the undead will provide a chilling feeling to those who are starting to find themselves backed into a corner against what can easily become a challenging situation. 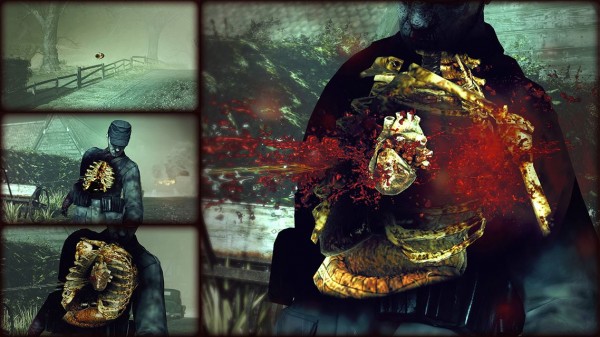 While many times players kill a zombie or another creature they simply go down, there are plenty of times they are treated to the gorgeous looking X-Ray kill cams that, just like in the core games, show the path of a bullet as it rips through a zombie’s skull and puts it down for good. There are many great looking moments that come simply from the amount of enemies you’ll be facing as some shots will go through one zombie’s skull and bury themselves into the eye-socket of another, delivering a satisfyingly gory double kill. Of course if you want to see even more of these, the option to feature kill-cams for somewhat less impressive shot is always there even if many of these shots tend to leave the undead coming back for more.

Overall
Now despite how fun Zombie Army Trilogy is, it really doesn’t do anything too special to stand out from your average zombie killing title. The fun of slaying zombies together with friends online is one of the title’s best features but there isn’t much replay value to the game once it is completed and it feels like the developers played it safe by doing very little different from most other zombie games. That being said, the actual gunplay and challenging difficulty mixed in with Sniper Elite’s mechanics makes for a satisfyingly engaging game that is best played with friends but still provides a solid experience for solo players.