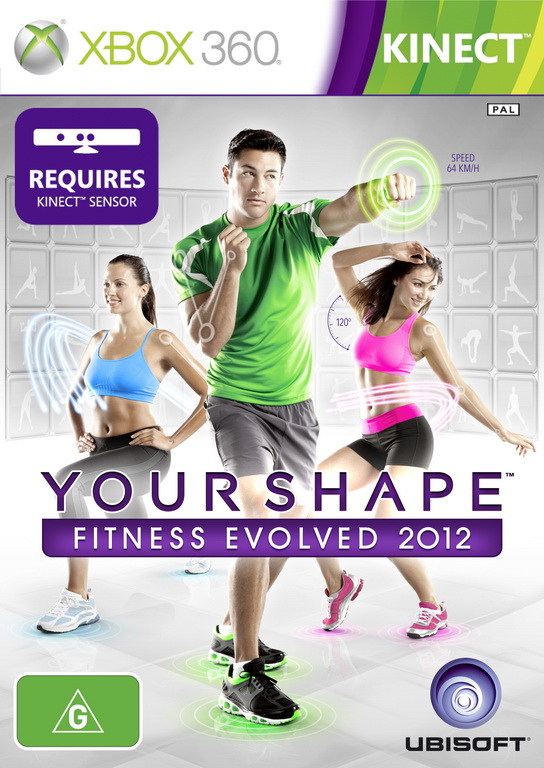 Overview:
The original ‘Your Shape Fitness Evolved’ was created as part of Ubisoft’s Kinect launch line up that aimed to provide a unique fitness experience that catered towards the needs of gamers who wished to harden up those softening edges. The game experienced a mixed reception from consumers. While some valued the opportunity to utilize the fitness potential offered by the Kinect’s motion control scheme, others had grown weary of programs such as Wii fit and Biggest Loser fitness programs as perhaps a fad that had outlasted its marketability. As a gamer whose utilized the Kinect on several occasions for both work and leisure, it’s hard to deny that the potential for a serious workout exists in there. However, the original Your Shape game did not capitalize on that to the fullest extent. So lo and behold, Your Shape 2012 has arrived on the market, promising not only better fitness results, but a larger catalog of activities and programs that utilize the motion tracking technology to the fullest potential. 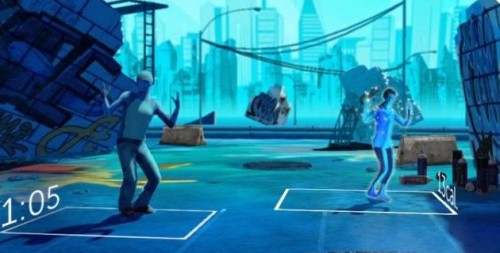 Gameplay:
The first thing that must be said for Your Shape 2012 is control reactivity. One of the strengths of the original Your Shape was found in how accurately the game was able to read and translate player movements into the game. This trend has continued in Your Shape 2012. The program features some of the most accurate Kinect gameplay I have ever experienced. The game knows when a player is or is not performing a specific movement, which is by and large a very good thing for a fitness program. How many workout DVD’s can you buy that know when you’re cheating on those last few sit-ups? If the player finds themselves unable to perform a movement correctly, or if the player starts to falter in stance for exercises like Yoga, or boxing, the program will pick up on these small details and instruct the user how to correct it. It is these fine tuned points that Your Shape 2012 impresses from the get go. 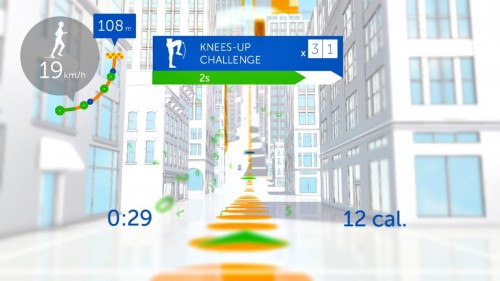 However, the real improvements made upon the original Your Shape game is found in the new variety of programs available for use. This feature is one which has spelled doom for many other fitness based programs on the Wii, PS Move and Kinect in that what they offer to the player is a largely limited range of programs which quickly become repetitive and lack player engagement. However Your Shape 2012 combats this common problem by providing what is probably the largest catalog of fitness programs and activities to be utilized in a game. The game still features your standard fitness regime, typically comprised of activities like boxing, stretches, spot sprints and push ups. However, for those who want to try something different that what one would find in a typical gym based fitness program, Your Shape 2012 offers players activities such as Yoga, Boot camp, Latin Dance routines and even specialized sport training programs that will help improve your game in sports like gridiron and soccer. I was particularly impressed with the inclusion of Tai Chi, which I must admit I found quite appealing as it promoted both physical and mental health. The experience was both tranquil and peaceful, even though I was getting one heck of a workout from it. The other program I particularly liked was the ‘Run the World’ activity, which takes players on a virtual tour of the streets of iconic world cities, such as London and New York. In this program, the player is made to run on the spot to travel particular distances to visit particular places. Even though it was virtual, there was a feeling of great accomplishment running the London Bridge and through Manhattan’s iconic central park.

The game also allows the player to tailor create a fitness program to suit their own fitness goals. Working out with this game does not necessarily mean that a player is concerned with weight loss. The game also provides for those who want to tone up their muscles, improve their cardio or endurance, regulate balance, improve flexibility and even promote both physical mental health. Throughout playing the game, the player will be provided a large degree of feedback regarding performance and how close they are to attaining a particular goal. The Kinect’s use of body scanning to store biometric data under a particular profile is a great tool for players to observe their progress. However, when all this is said, the success of a fitness game is only going to be as effective as the player’s devotion to their fitness goals. It must be said however, that Your Shape 2012 offers plenty to try to keep players on the straight and narrow by providing the large range of activities to quell any build-up of tiresome repetition. 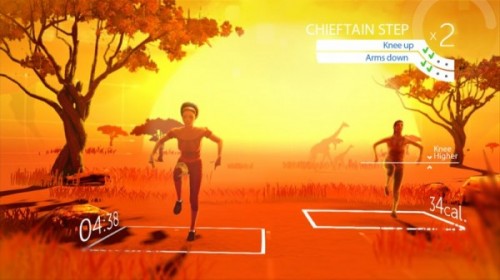 For those looking for a group workout, or for just a quick burst of fun with friends, Your Shape 2012 also offers several programs in multiplayer mode which allows for up to 4 players to jump into the game to see how their fitness stacks up against yours. The programs available in multiplayer mode however are essentially the exact same as the ones that were available in the original Your Shape. Wall breaker, Stack em up and Stomp it are all available from the get go, though like the previous game harder difficulties have to be unlocked. While the user interface appears much clearer than the previous version, players will find little difference in the multiplayer facet, with the exception of the addition of the jump rope activity to multiplayer. While this is an element of the game that could have been better expanded upon, generally those who take their fitness seriously in using this game are likely to do so as a solo experience. Everyone will experience something different because everyone’s health requirements are different. Comparing standards might be fun, but ultimately fitness is something most players will find they will hold to personal expectations.

This is certainly the sort of game that should only be played in controlled bursts. Pushing oneself too hard, too far and too fast will burn out not only your body, but also the appeal of the game. Players should be prepared to work hard, but should also be realistic about their goals and their own capabilities. One criticism I must make of the game however is that if offers praise in instances where the player really might not deserve it. Regardless of performance in a particular activity, the game will still praise the player even if they’ve performed standing squats or push-ups completely incorrectly.

Audio & Visual:
Compared to the first outing of the Your Shape series, Your Shape 2012 feels far better polished than its predecessor. The most significant visual improvements have been made in for the user interface. Visually, the game is well adapted for its genre. The simple design of the color schemes against the colorless background credits the design of the programs overall, and adds the necessary contrast between the varying levels of effort that the player must put into a particular exercise. Generally, in exercise sessions that involve the built in personal trainer, the color scheme and visuals feel a degree more intense than those engaged in by the player on their own. The visuals are also well designed to suit the activity, such as a boxing ring for cardio boxing, or an outside environment for Latin dance. I must say I particularly liked the simple flow design of the visual effects designed to complement the mental health portions of the game. 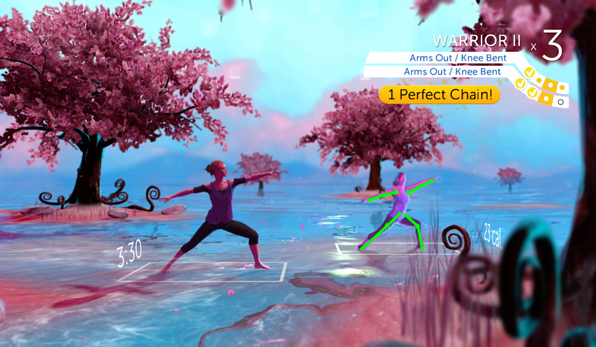 In terms of audio, the music is also well adapted to suit the particular exercise, but the tunes can begin to feel repetitive. Whether or not this kills the experience for the player will be entirely subjective to their own fitness devotion, but this can be bypassed if like me, players decide to use their own customised soundtracks that they have saved on their Xbox 360 hard drive. Sound effects are well appropriated, but the music adaptation to activities is the real audio strength. To see the best contrast of available music, players should utilise the ‘Fitness Classes’ portion of the game to experience the beats for themselves.

Overall:
When all is said and done, the gameplay is actually quite fun. It is certainly not the type of game that will appeal to most gamers at large due to the whole “getting up and moving” thing, but for those who want to really improve themselves and their own well being, Your Shape 2012 is a great stepping stone for gamers like me who really want to have fun when they exercise. As a game, it is not something gamers will find all that appealing. But as a fitness program, you’d be hard pressed to find another game that offers the amount of customization or engagement with the player that Your Shape 2012 offers. After all, it’s the fun factor that counts right? And Your Shape 2012 most certainly offers it in spades. So much so that most players will probably forget that they’re exercising at all.