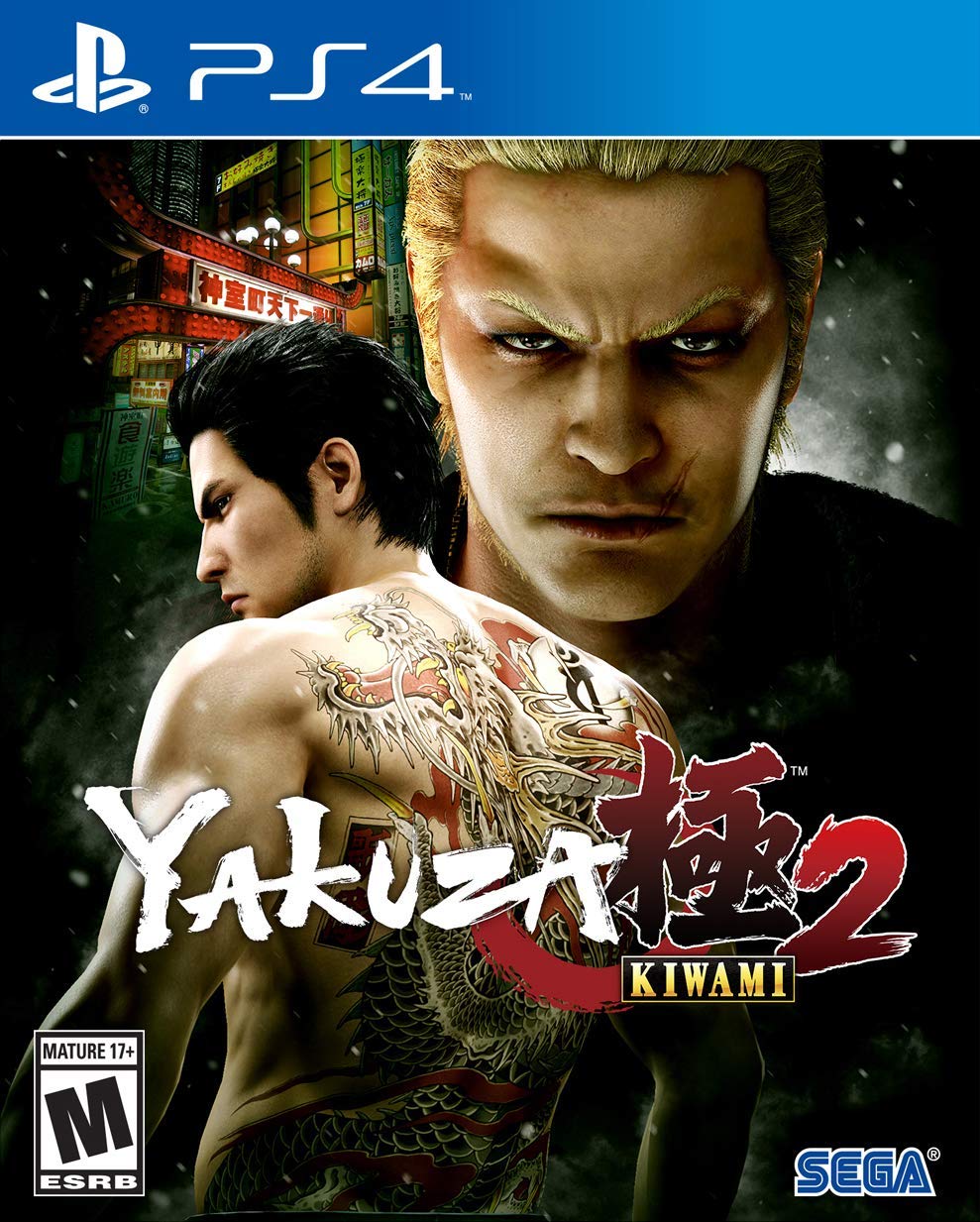 When it comes to remaking a classic game from the PlayStation 2 era few publishers can say that they do a better job than Sega. After releasing Yakuza Kiwami worldwide last year to show off just how great these original games can be when brought to the modern day we now have Yakuza Kiwami 2 to continue to bring the story to new and old fans alike. Taking advantage of the Dragon Engine used in this year’s Yakuza 6: The Song of Life is this second remake just as impressive as the first?

A year has passed since the loss of ten billion yen left the Tojo Clan reeling and sent the underworld into a frenzy as everyone scrambled to find the money for themselves even if it meant killing anyone in their way. Since this time Kazuma Kiryu, who has long moved on from his time as the fourth chairman of the Tojo Clan, has been raising Haruka as his own daughter. Unfortunately since leaving the yakuza lifestyle behind, the Tojo Clan has fallen on hard times to the point that war is brewing between them and the Omi Alliance. 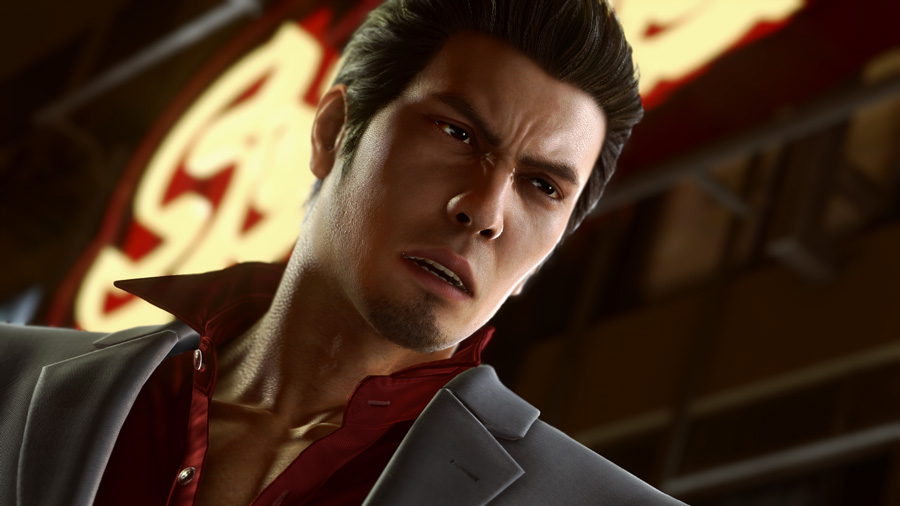 With Kiryu being the best hope for potential peace, he is given a task through the fifth chairman’s dying wish to try and bring peace between these factions by forming a brotherhood with the leader of the Omi while also bringing a new chairman to lead the now failing Tojo Clan. Of course, things are never easy as Kiryu learns that there is now someone else calling themselves a “Dragon” in Japan’s yakuza and it just so happens to be someone that not only has a history with the potentially new chairman that Kiryu is sent to retrieve, but also one that is more than willing to let the East and the West go to war.

Ryuji Goda, known as the Dragon of Kansai, serves as the direct opposite of Kiryu, the Dragon of Dojima, making him a perfect threat against Kiryu who, in this game, fights at his prime. With Ryuji believing there to be only room for one dragon to exist in Japan, Kiryu must do what he can to keep the peace and prevent the Tojo Clan and Kamurocho from falling apart in a story filled with various twists and turns. It is worth noting that although the storyline does follow the same pace as it did in the original game, there have been new scenes added in here and there to help add new elements to the story and tie up previously left hanging loose ends. 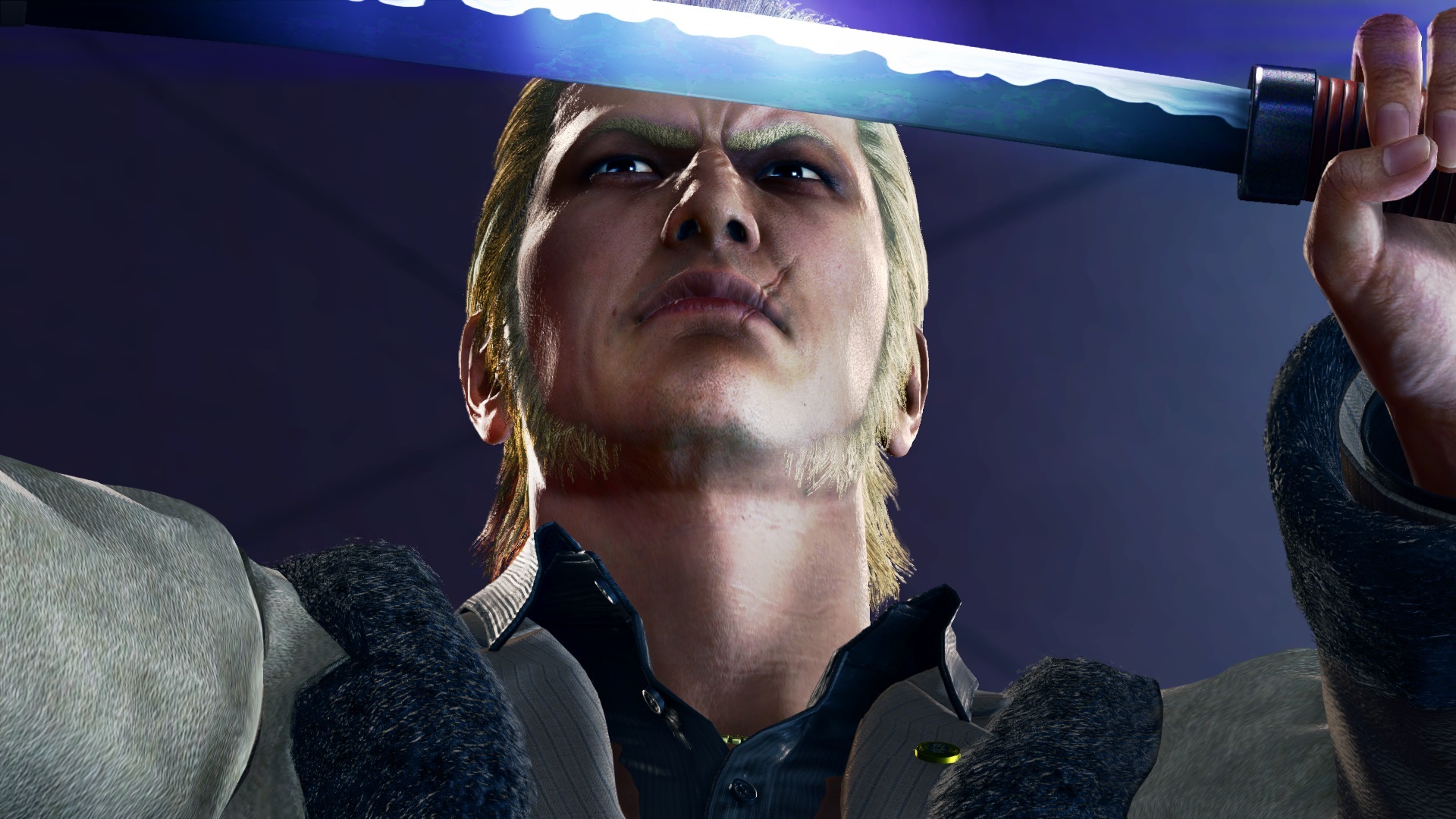 It is interesting to note that one of the first abilities that players have the ability to unlock as Kiryu is to mark all sub-story locations on the map. This is a major bonus as players previously had to stumbleupon most of these events and now they can easily seek these out. As per usual, these sub-stories range from endearing to outlandishly weird. A number of new sub-events have been added into Yakuza Kiwami 2 that weren’t in the original but returning players will also notice that a handful of other events have been removed entirely. It is also worth noting that a few locations found in the original PlayStation 2 version are also missing but players shouldn’t be too concerned in this regard as a number of new side areas and additional content has been included to make up for these lost locations.

Outside of the core story mode Yakuza Kiwami 2 also adds in a new side story in the form of “The Truth of Goro Majima” that is unlocked over the course of the main storyline. This mode places players back in the shoes of Majima as he tries to get his life back together after the events of Yakuza 0 and Yakuza Kiwami. Unfortunately while this brand new mode does give us a new look at Majima’s life and also features a few familiar faces from the aforementioned games it also feels rather limited in scope as not only is it rather short in nature since there are no sub-stories to complete outside of exploring the world as Majima and playing little mini-games that Kiryu can also take part in, but he is also limited to only the “Mad Dog” fighting style with the previous break dancing and batter styles removed from his repertoire. Still, longtime fans will be pleased to see this new content added in, especially since Majima remains a mainstay favorite.

Players will find that the use of the Dragon Engine and the recent improvements found in Yakuza 6 have been carried over to make Yakuza Kiwami 2 the smoothest feeling game in the series yet. Combat makes use of Kiryu’s standard Dragon of Dojima style and is incredibly fluid thanks in part to the engine as well as the fact that Kiryu is fighting at top shape this time around. It is interesting to note that combat really hasn’t changed too much in this regard as players will still encounter thugs on the streets of Kamurocho and Sotenbori as well as people harrassing random strangers but this time around players will immediately enter fights with little change to the area. In fact as soon as the last body hits the ground the combat will be immediately ended with enemies left lying where they landed, making for some quite devastated looking scenery depending on the Heat moves you’ve used to dispatch them. 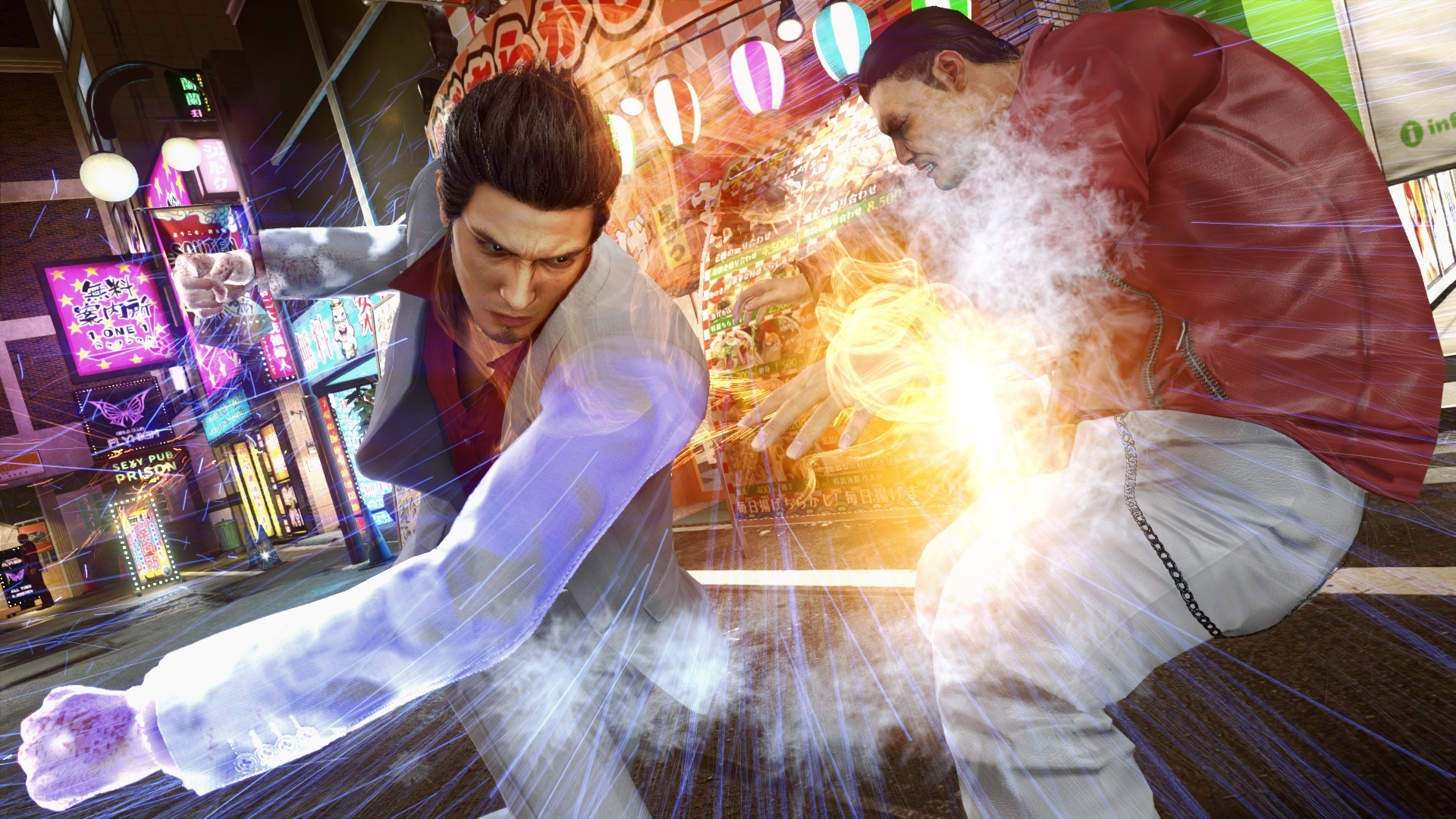 Also worth noting is that the game has now added the ability to take weapons dropped by enemies and, instead of simply using them for the fight and losing them when it ends, and store it away for later use. This makes for a more interesting mechanic that allows players to build up an arsenal for a harder battle rather than only relying on their surroundings. Speaking of harder fights, Yakuza Kiwami 2 has made a few modifications to the boss battles in the game making them quite a challenge but not annoyingly so like in Yakuza Kiwami. That being said, most boss fights still end with a “Feel the Heat” style finishing move that sees Kiryu charge up a special attack to give the fight some cinematic flair.

While Kiryu starts out quite strong, he still has been out of the game for a bit and that means players will need to build up various stats and this is handled similar to how it was done in Yakuza 6. Players can earn various types of experience points by doing basically anything in the game be it fighting street thugs, taking part in mini-games that range from simply playing darts or golfing at a driving range to playing Virtual Fighter 2 or “controlling your stream” at the Toylets mini-game and much more, finishing sub-stories, and even eating food at restaurants and finding special food combinations. 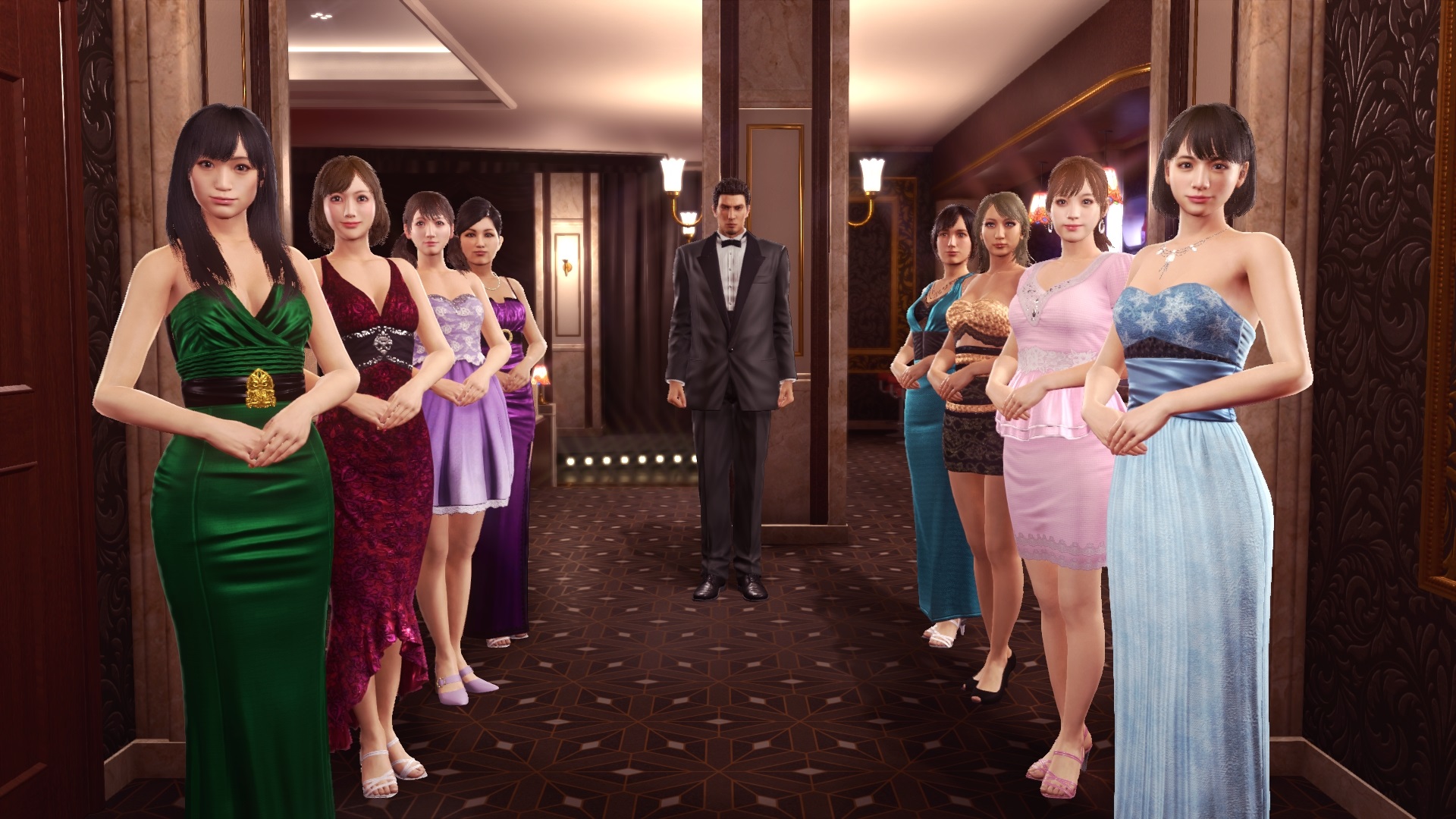 These points can be spent on random side skills such as improving the amount of money earned in fights or unlocking the ability to see sub-story locations as mentioned earlier as well as used to increase Kiryu’s running speed, various stats, and even new special moves to expand his ever growing list of attacks and crazy Heat moves.

With players being able to fight it out in the streets and fill their bellies with various types of food in restaurants and bars, there is still plenty of additional side content to explore including some that has plenty of story content all to its own. This includes being able to take the lead in managing a cabaret club in order to prevent it from shutting down, allowing for a number of special scenes with the girls in the club as well as managing a Clan once again in the form of a Clan Creator that is used to defend Majima Construction. These both offer plenty of extensive content that, while not necessary for completion, give players plenty of variety even if they may feel like a bit of a timesink.

It is clear that the Dragon Engine is truly what the Yakuza series needs to shine as Yakuza Kiwami 2 is easily the best looking game in the series to date now that it has been replicated in this engine. Both Kamurocho and Sotenbori are extraordinary to look at both at night and during the day while all of the character models are exceptionally well handled here both in standard gameplay as well as in cutscenes. Thanks to this engine not only are fights capable of being entered without any load times or slowdown, even entering the biggest building can happen immediately, helping breath real life into these cities bustling with activity. 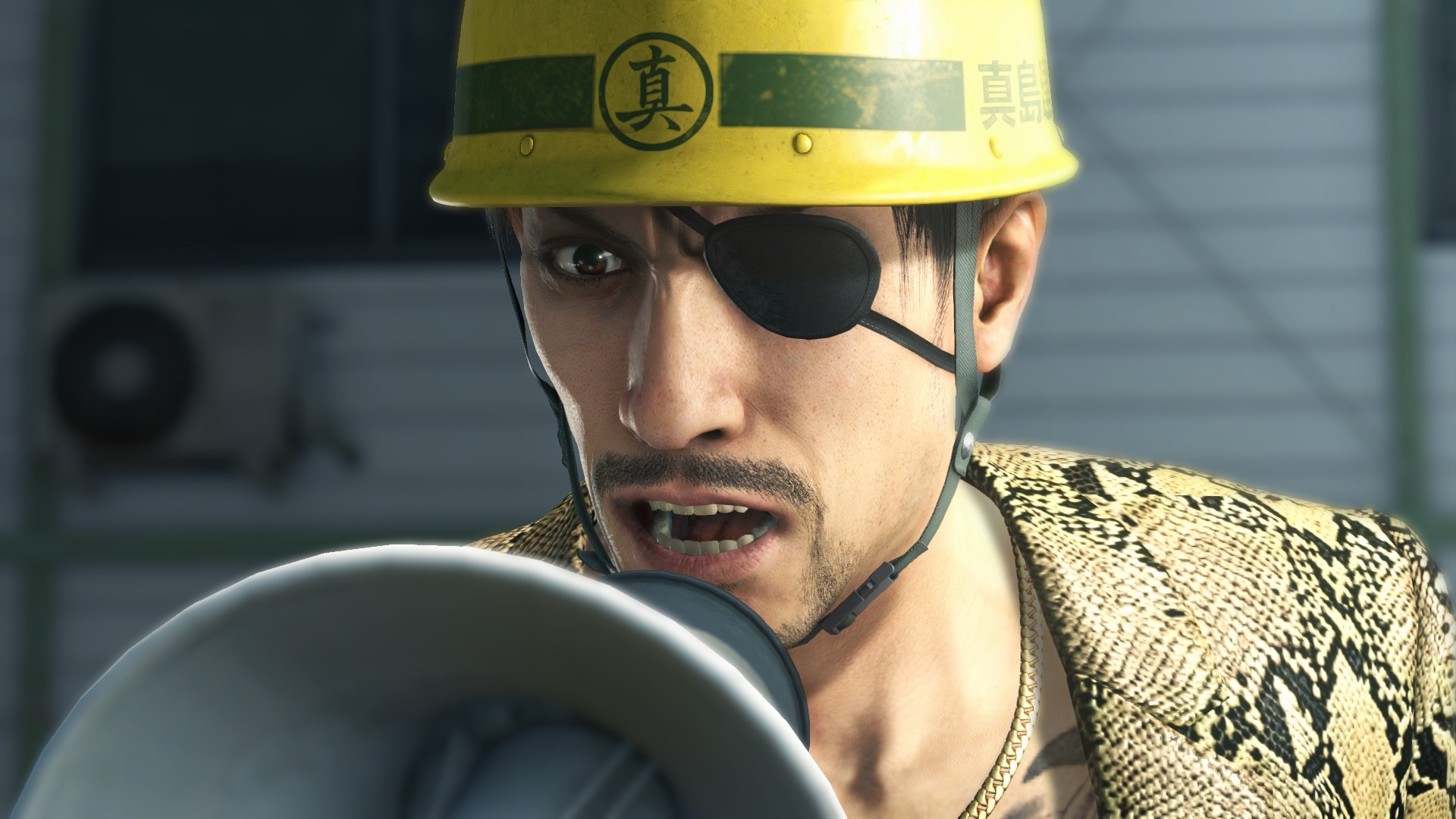 With this release of Yakuza Kiwami 2 Sega has made sure to go over the game with a fine tooth comb to make sure that they have handled all of the goofy and obscure translations necessary to give this game its charm. The only voice track available is the original Japanese which is absolutely what fans should come to expect at this point as these characters have become iconic in this series.

Sega and the developers of Yakuza Kiwami 2 have done it once again by creating possibly the best game in the franchise to date. While jumping in at this point may seem daunting, there is an option to immediately learn the story of the first game if you are unfamiliar with the series, making this an option for both newcomers and longtime fans looking to get the most out of the Yakuza series. 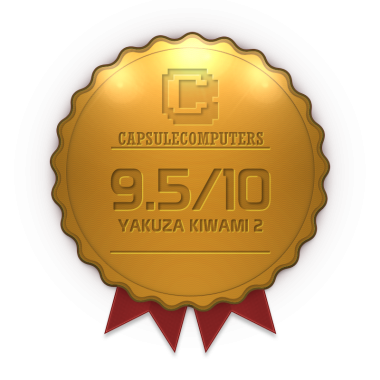 Sega shatters expectations once again by making Yakuza Kiwami 2 the best in the franchise once again with this nearly perfect handling of this classic game.
9.5