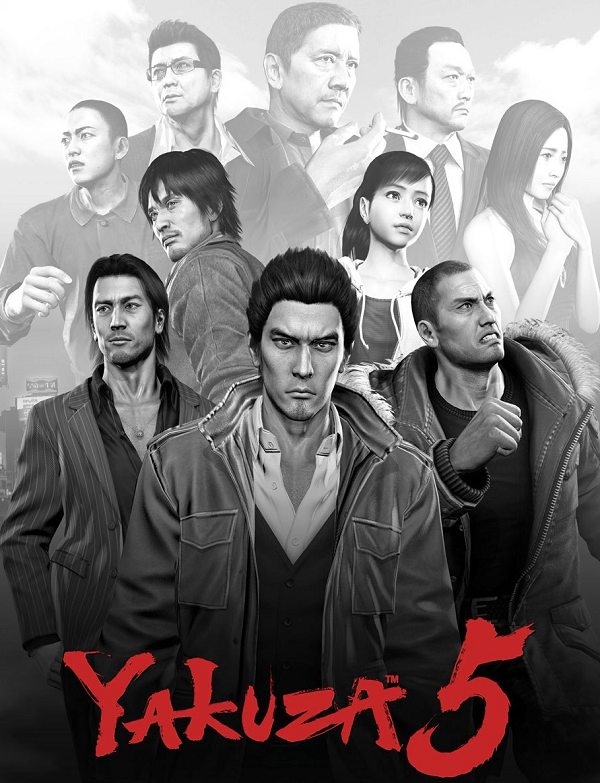 Overview
After being released in 2012 in Japan, fans of the Yakuza series were left wondering for quite some time whether or not Yakuza 5 would ever be released in the West. Then after years of waiting it finally was announced that the game would indeed be released in English. Now a full three years after the game was originally released in Japan, has the wait for Yakuza 5 been worth it?

Story
Before we begin, it is worth noting that while it is possible to just jump into Yakuza 5 without any experience with the series, those who do so will be finding themselves rather confused at points, especially since the story picks up after the events of Yakuza 4 (with the Dead Souls spin-off being non-canon), and missing out on a number of emotional moments that only hit home thanks to events that have previously taken place in the series. Of course, that doesn’t mean there isn’t something here for newcomers looking to step into the series for the first time. 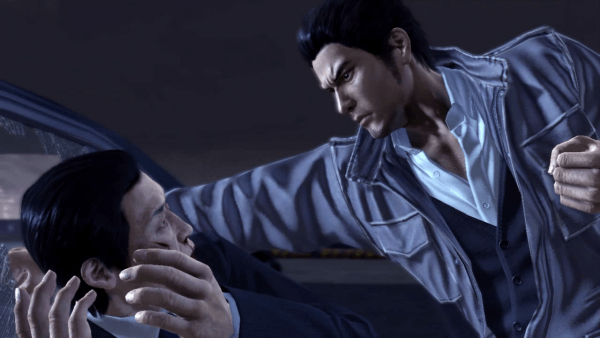 Similar to past games, Yakuza 5 is set in a heavily detailed world where players find themselves delving into a world filled with criminals and those who simply are trying to get by. The story continues to follow the mainstay, Kiryu Kazuma, as well as four other characters, a couple of which are returning from Yakuza 4, another who pursuing her dream and becoming playable for the first time ever despite being another mainstay for the series, and finally a brand new character.

Despite splitting up the story into one that follows these five different characters, the cast comes in a wide range of personalities and every one of them has a unique story path that helps keep the title feeling fresh while also providing plenty of variation to keep the storyline from feeling plain. This is quite an accomplishment at this point as the company has managed to prevent Kazuma’s continuing journey from feeling stale by avoiding old territory and mixing him up with a number of enjoyable characters that come from numerous walks of life. This creates a storyline where character interactions always feel like they are playing out in a relatively realistic manner and also one of the best ones that I’ve had the pleasure of playing in the series. 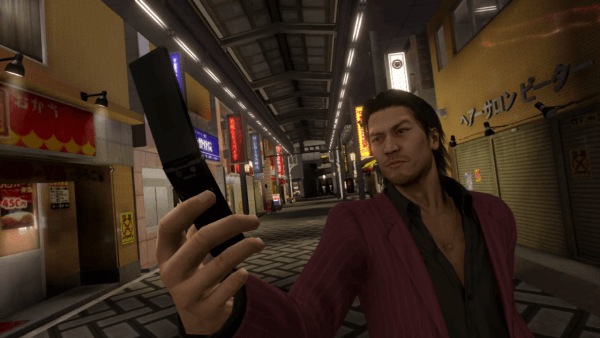 Although Yakuza 5 may be the slowest starting game in the series, as it takes nearly four hours to really get off the ground in any form, once things do begin to open up players will find themselves in for an enjoyable experience that delves into a the world of organized crime and tradition while also offering numerous themes that the series has been known for, such as honor and friendship but also the pain of betrayal. While things may take a bit of time to get going, those who stick with it will find themselves immersed in a heavily detailed world where almost every element has some form of history to it in an effort to please fans of the series with a layered storyline that.

Gameplay
While Yakuza 5 may follow the story of more characters than ever before, it still retains the same type of experience that fans have come to know and love; only far more refined than before. The basic of the game still remains the same, players will find themselves usually able to freely roam the streets as they either head towards where they are supposed to if they simply feel like advancing the game’s highly enjoyable storyline or get side-tracked by the massive amount of activities that the title has to offer. 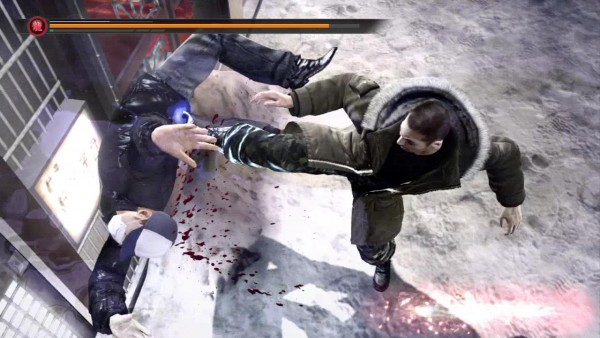 You see, while players will still find themselves gathering up side-quests from various people they come across, with these side quests offering quite a lot of variety to keep things feeling fresh, there are also numerous mini-games, collectibles, and little novelties to enjoy. With the game now offering players more mechanics than ever, players can sink hours into playing the classic Virtua Fighter 2, racing in a taxi that can be souped-up, messing around with claw machines, bowling, playing darts, fishing, hunting animals, visiting the cabaret club, and much more. If there is an activity that seems like it is possible in Yakuza 5, then you’ll likely be able to do it, even if it is something as simple as reading through the first chapter of a manga that was running in 2012.

This means that while it is of course possible to focus entirely on story elements, those who do so will be missing out on what makes the Yakuza series so enjoyable, the fact that it takes place in a believable world where there is just so much to do and so many people to interact with. Of course while traveling between game parlors or clubs there will be various street thugs and other toughs that will pick a fight with the character, allowing players to partake in an extremely satisfying and easy to handle combat system. 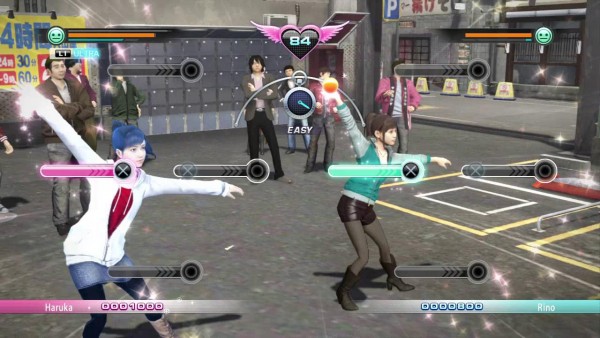 The fights in Yakuza 5 feel faster than before and as players level up through fighting they will be able to unlock various attacks, buffs, and finishing moves, most of which are unique to each character, these fights become something spectacular. This is mainly due to two reasons, outstanding character animation and the arcade-like handling of the fights. Every battle feels fun despite some being a bit on shorter side and every finishing move feels absolutely brutal as your opponents are pummeled or crushed into the ground in ruthless fashion. Of course, a certain young girl is exempt from that type of action as she instead takes part in rhythm based dance battles that play well and feel like they take some inspiration from Sega’s other rhythm franchises.

Earlier I did mention that Yakuza 5 does start out as perhaps the slowest game in the series so far, but once you get into the world and see what there is to offer on the streets of Kamurocho as well as a number other new locales to visit, it is easy to understand why players are eased into a world with so much potential. In fact, it is entirely possible to lose hours of time simply enjoying the various side-activities without even touching the plot, allowing an already impressive game to become a massive experience that you should not pass up.

Visuals
Although Yakuza 5 was developed for the PlayStation 3 and was released back in 2012; it is really hard to tell at times due to how impressive this title looks. While there is some slowdown during larger fights and basic crowd animations can look rather stiff, this is a title that probably pushed the PlayStation 3 to the limit back then. The five total locations in the game are all meticulously detailed to the point that they feel like actual locations that you can go and visit and with such a heavy amount of attention being paid to make these cities feel alive, it is hard not to explore every possible inch. 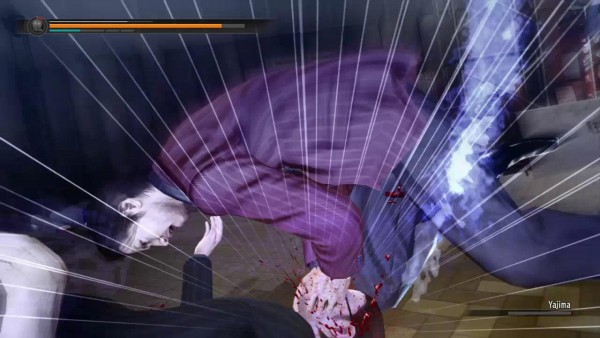 The characters themselves vary in appearance here, with the main characters and prominent NPCs featuring an impressive level of facial detail while most of the standard side characters haven’t been given nearly as much detail. As mentioned earlier, a big highlight of the game’s combat system is how visceral things look and this is thanks due to some impressive animation work and the amount of detail put into making finishing attacks really feel like your opponent won’t be getting back up again.

Audio
It is worth noting that, like most previous Yakuza games, that this one is presented with only English subtitles to accompany the original Japanese voice track. This shouldn’t bother fans of the series and is in fact perhaps the best choice the company could make as the entire world of the game just oozes Japanese flavoring, making it impossible to truly replicate in English and considering how impressive the Japanese voice actors are here then it would truly have been a shame to replace them. 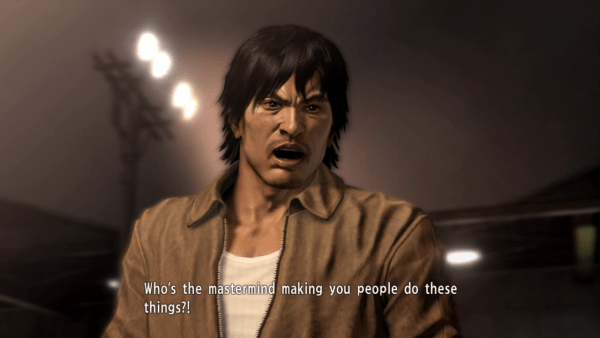 The soundtrack found in this game mixes up a variety of different genres and works out quite well as there are numerous types of locations to visit and a wide variety of events that will take place. This means that while there is of course a fair share of J-Pop, there are also plenty of rock themes and softer tunes to fit more dramatic scenes.

Overall
There is a reason that fans of the series were clamoring for Yakuza 5 to be released in English and that reason couldn’t be more clear than to those who have sat down and immersed themselves in the world that is presented here. While it may have a few hitches, Yakuza 5 is easily one of the best, if not the best, game in the series so far and offers an immense open world allowing players to spend hours messing around or delving into the impressive story on offer here and still return to find more waiting for them even after sinking well over fifty hours into the game. Trust me when I say that those who might pass up Yakuza 5 simply due to its age will be doing themselves a great disservice as it stands as the best game in the series and one that deserves your attention. 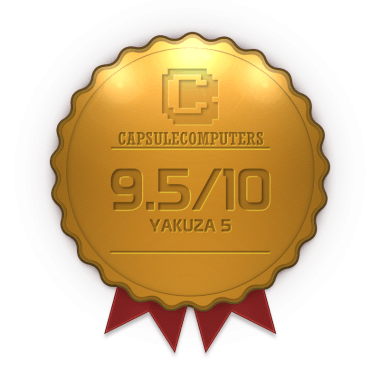