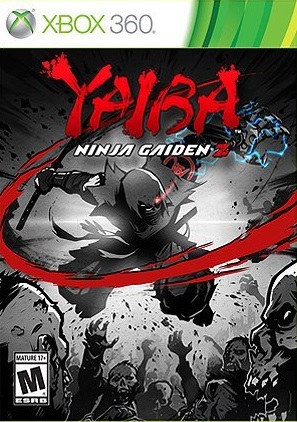 Overview
The Ninja Gaiden series is one that many gamers are familiar with and while Tecmo Koei and Team Ninja have had a few bumps in the road with the series in recent years, it is one highly regarded by fans. However what if the focus was taken off of Hayabusa and instead placed on a different type of ninja altogether. Well you would have a game called Yaiba: Ninja Gaiden Z. Coming from the minds of three different developers, is Yaiba: Ninja Gaiden Z worth picking up?

Story
As mentioned, players do not follow the story of Ryu Hayabusa but a different character called Yaiba Kamikaze, a foul-mouthed powerful ninja that has no qualms about slaying anyone who crosses his path, even members of his own clan if he feels like it. One day he encounters Ryu Hayabusa and because Yaiba is wielding a powerful weapon, Ryu wants to take it from him. 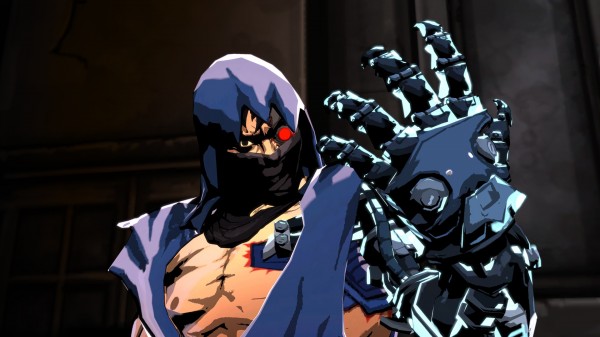 Despite being skilled and confident, Yaiba ends up on the receiving end of Ryu’s sword, losing an arm and a decent chunk of his torso and head in the process. Luckily for this loud and angry ninja, this death is merely a temporary setback as a mysterious organization has decided to bring him back to life with cybernetic implants to replace his missing pieces. After being fully revived this organization has sent Yaiba out on a mission to put a stop to a zombie outbreak and luckily for Yaiba, the target of his vengeance, Ryu Hayabusa, happens to be in the area at the same time.

Anyone who has been paying attention to the various trailers released for the game up until now probably know the type of tone to expect when playing Yaiba: Ninja Gaiden Z. While the story may sound a bit serious, it is presented in its entirety as a comedic over the top story filled with plenty of crude humor and randomness that games from many years ago once utilized. Some may find the humor in Yaiba: Ninja Gaiden Z to not be up their alley as it can be a bit childish at times. Those who choose to roll with the game’s blend of crude silly humor and violence will be in for an often humorous, albeit somewhat short, experience.

Gameplay
Now while Yaiba: Ninja Gaiden Z may share the same name sake as a game with some technical aspects to it, this game is far from it. This game is set up as an arena fighting game where players will travel on a linear path, one that occasionally has a side-street or an environmental object that can be interacted with that reveals a collectible, and fight enemies as the game choose to throw them at you in waves. 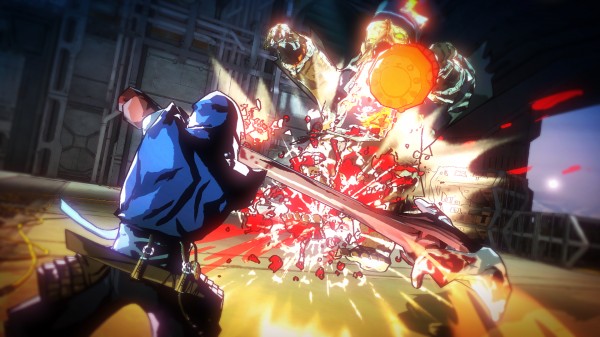 Yaiba has three basic weapons at his disposal, all of which fall into a certain attack category. He can attack using his sword, punch enemies with his cybernetic fist, or attack enemies with a flail weapon. These weapons break down to light attack, heavy attack, and crowd control and although enemies can simply be slain by dealing enough damage to them, it is possible to perform brutal and often humorous executions on nearly defeated enemies, which cause said enemies to drop health.

Along the way players will come across stronger special zombies such as a brawler, an electrically charged bride, or something else and not only do these special zombies add a bit of a challenge since they can take and deal out large amounts of damage, but if the player chooses to execute these strong zombies they can take their weapon from them. These weapons are all temporary but add a nice little strength boost while they are available, making them useful tools against other stronger foes. 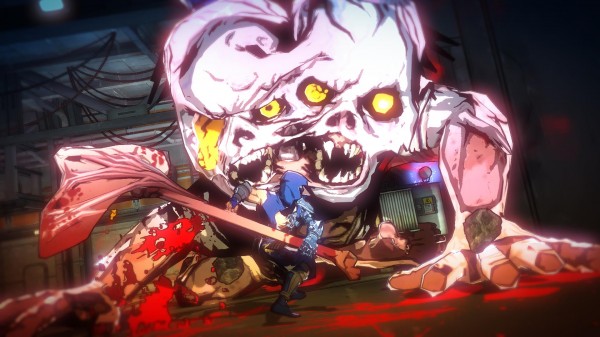 As you slay your way through the various arenas in Yaiba: Ninja Gaiden Z, players will occasionally level up and unlock a special skill from a skill tree, such as increasing durability of special weapons, unlocking new combos or something else. Unfortunately these various level up bonuses are rather mundane and players can generally just choose to do whatever they like there.

With the aforementioned special zombies, there are some various elements that come into play in the form of fire, electricity and bile. Each of these elements can be used on Yaiba and can also be countered, making some fights a bit more strategic. However outside of that elemental system, Yaiba: Ninja Gaiden Z really feels like a game players can simply button mash their way through most of the time as enemies will fall before Yaiba’s onslaught one way or another and only occasionally will players have to actually plan their fights carefully.

Visuals
Now it is pretty clear from the beginning of the game that Yaiba: Ninja Gaiden Z is going for the comic book presentation. Everything in the game is designed with a cel-shaded style appearance and outside of some of the stages you play in, everything is brightly colored. This is probably in the game’s favor in some ways as the aesthetic of the game allows for some of the more humorous moments in the title such as the zombie introductions. 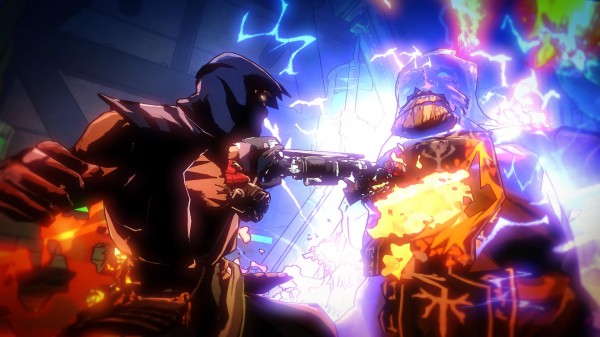 There are some downsides to this design style though, as the game can look incredibly messy at times. When there are a number of enemies on the screen things tend to blur together into a whirlwind of blood and flying undead. It also doesn’t help that while the art style works most of the time, on some characters it looks out a bit out of place or simply poorly handled.

Audio
I do have to commend the way that Yaiba is presented to the audience. I have a feeling that if he was not voiced correctly that the majority of the game’s humor would have turned out to be terrible rather than just corny and mostly humorous. Yaiba’s personality is presented well thanks to how he is portrayed by the voice actor, though there are moments where it sounds like he was yelling a bit too loud into the mic causing some minor distortion. 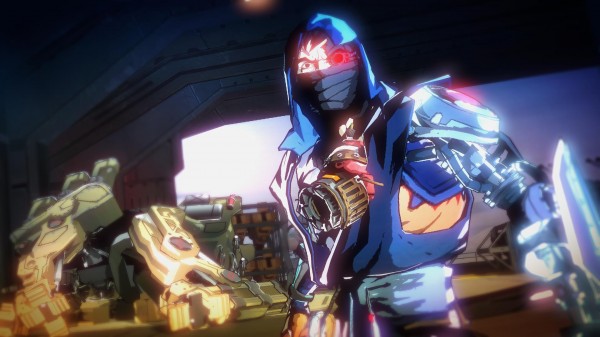 As for the game’s soundtrack, it is a fairly standard fair with a mix of memorable tracks that work well for some of the game’s key battles but it is largely forgettable and blends into the background. This is partially due to the fact that despite sounding great the first few times, many of the tracks, despite being different, sound incredibly similar to one another.

Overall
Yaiba: Ninja Gaiden Z feels like it doesn’t really excel anywhere, but anywhere that it does fall short is made up for with the humor and the way everything in the game is presented. I have a feeling that the comedy found in this game is going to be very subjective for some, but those who enjoy its style will be able to enjoy the basic hack and slash game that Yaiba: Ninja Gaiden Z ended up being.