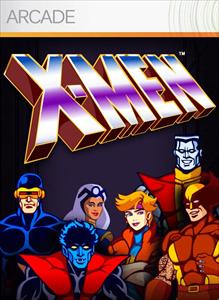 Story
“Experience the classic 1992 X-Men arcade game right in the comfort of your own home! Choose from some of your favorite classic X-Men characters including: Cyclops, Colossus, Wolverine, Storm, Nightcrawler, or Dazzler. Fight your way through hundreds of Sentinels and battle classic super villains such as Pyro, The Blob, Wendigo, Nimrod, The White Queen, Juggernaut, Mystique and the Master of Magnetism himself, Magneto!” [Via Xbox.com]

Relive your fond childhood memories as you play the classic 1992 X-men game on your consoles. There is no need to worry if you have enough quarters, just nonstop classic beat ’em up goodness with 6 of the well known X-men characters facing off against many of the famous villains and a multitude of minions.  This game is known as both “X-men Arcade” and just “X-men”; however, to alleviate any confusion I am going to continue calling it X-men Arcade. 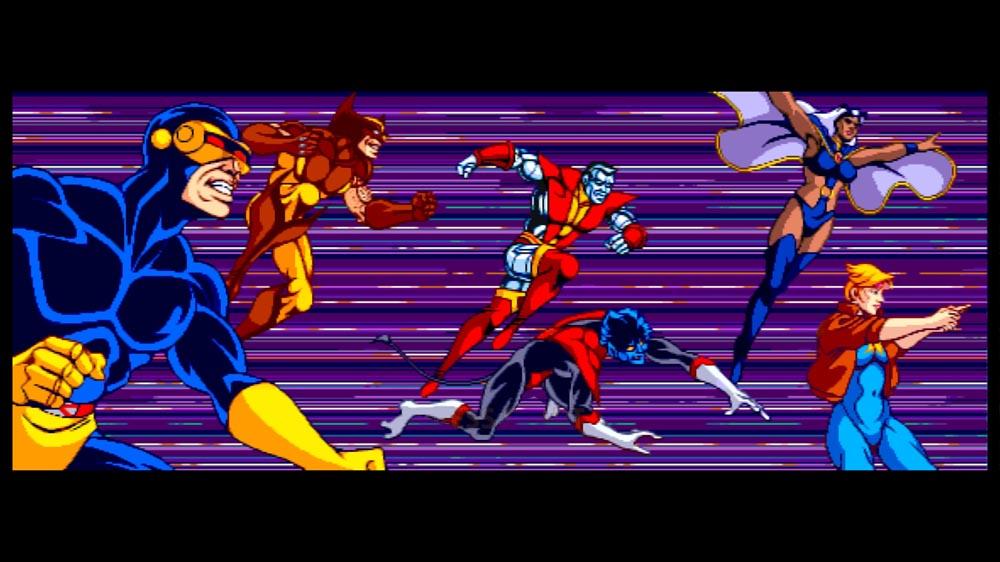 Gameplay
The game is a very basic beat ’em up game where you use one of 6 characters to fight through Magneto’s minions and get to Magneto himself to kick his butt. Use Cyclops, Colossus, Wolverine, Storm, Nightcrawler, or Dazzler to progress through the 8 levels by beating everyone up. Since normally this game would require you to put in quarters every time you die, it has become infinitely easy to beat completely just by continuing (for free) constantly. The game is also incredibly short and only takes about 30 minutes to beat on your first try. There are added difficulties, but with infinite continues it isn’t that difficult.

As a fan service, you can select from two separate ROMs just as if you were selecting between two separate arcade machines. The first ROM is the English version, while the second is the Japanese version. These two ROMs are incredibly familiar and only have slight alterations within them. The most notable is the fact that the Japanese ROM has Japanese subtitles. The next difference has to do with your mutant powers. In the Japanese ROM while playing co-op, you are able to find energy pills dropped by slain enemies. These pills replenish some of your energy and in turn lets you use your mutant powers again. The ROMs don’t make a big difference, but they are there for the fans to pick between.

Multiplayer is where the fun begins within this game. This game supports up to 4 players playing simultaneously on one console and 6 players playing simultaneously over Xbox live. If you are playing singleplayer, I’d suggest to use the 6 player game just for the widescreen support. Multiplayer lets you play with a bunch of friends as each of you takes control of one of the 6 x-men. It is a lot of fun, though it does make the game much shorter as you charge through killing all the enemies with friends. 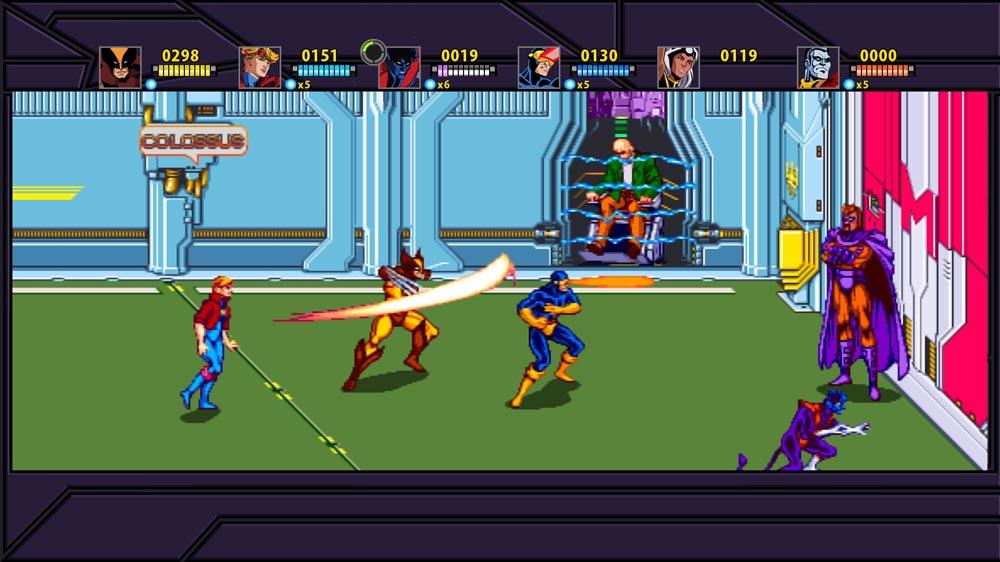 Audio & Graphics
The audio and the graphics in this game can be viewed from two different perspectives. For the people who actually remember playing this game when it first came out, the audio and graphics bring back a nostalgic feeling since Konami hasn’t changed it at all. Aside from an updated menu, the graphics and audio are exactly the same as they were in 1992 and this will help many people relive the memories they gained as a child playing the original.

On the other hand, for anyone who has never played the game before, these graphics are incredibly outdated. Even by 2D standards. The audio is also incredibly repetitive and shows its age through some of the voice acting, such as when Magneto taunts you with incredibly bad grammar and repetitive remarks. While these kinds of things may help with the nostalgic feel, they don’t help anyone who has no nostalgic memories to relive anyway. 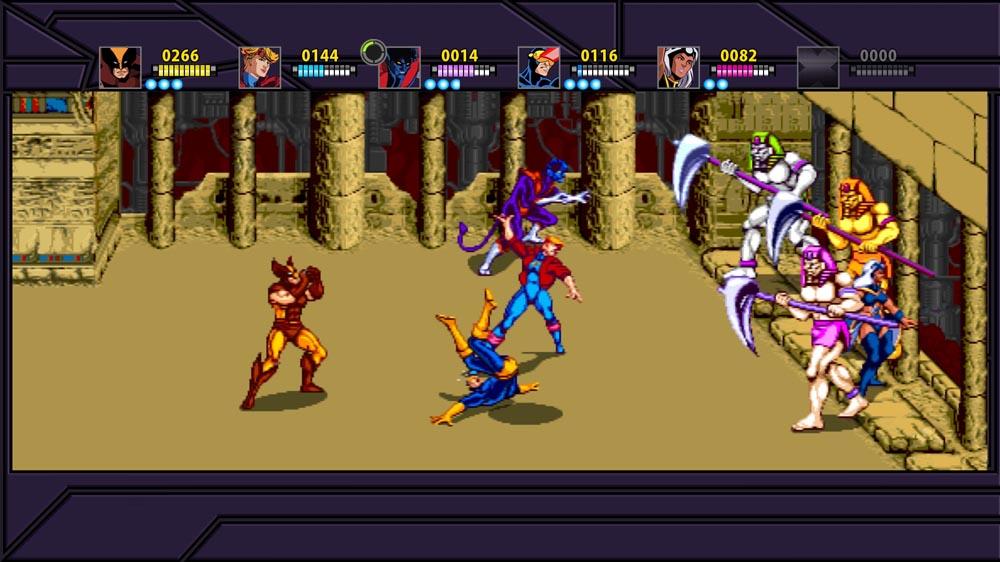 Achievements
The achievements in X-Men arcade are incredibly easy and if you have a friend who has it as well, they can all be achieved within one sitting. A majority of them can actually be acquired in under an hour. Since the game only takes about 20 minutes to beat, you can run through it incredibly quickly and the achievement for beating the game in under 25 minutes isn’t difficult at all. Other achievements can be achieved simply by knowing about them before you reach the level. There are some achievements that may be confusing at first; for instance, the energy pill can only be acquired while playing co-op on the Japanese ROM (mentioned in the gameplay section). Another one that may give you trouble is the “Master of Magnet” achievement, in order to get it you have to beat the whole game with Cyclops (specifically him, because this character doesn’t save the defeat of magneto unless you beat the entire game with him). After beating the game with Cyclops you can simply load up level 8 with the other 5 characters and just beat magneto 5 more times real quick in order to snag the achievement. Lastly, the two online achievements can be acquired with only you and a friend and then a whole bunch of guests, so you don’t have to worry about forming a large group. However, in order to fall for mystique’s trap you must start from level 1 and get all the way to mystique while online with your friend (you can then drop in the guests right before you beat that boss). 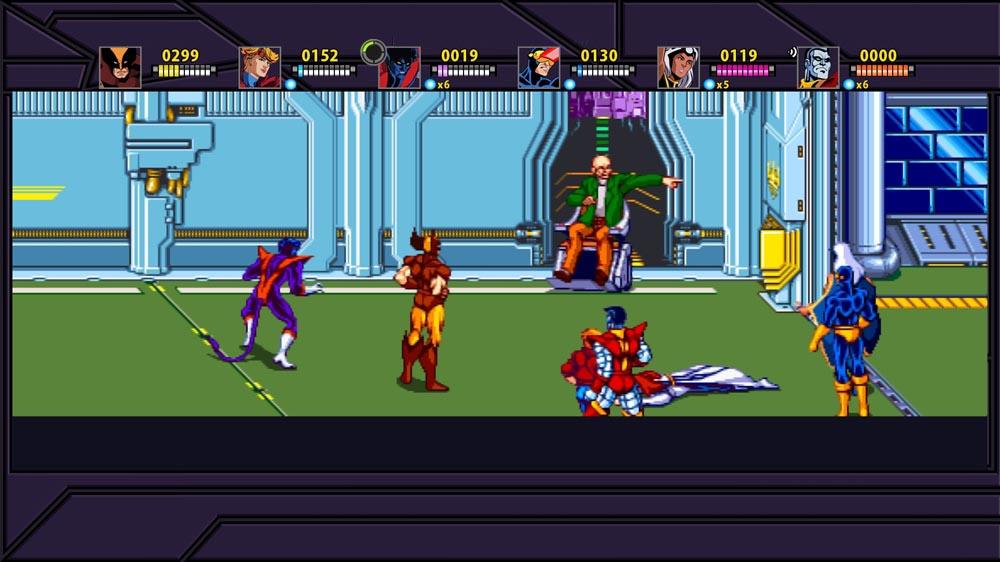 Overview
X-Men Arcade is purely for the fans who remember huddling around this game with friends at the local arcade. Konami has directly ported the game due to an agreement with marvel and only added online support and a new menu. Everything is exactly the same as it was 18 years ago and while that adds a nostalgic feeling, it creates a game that has difficulty floating in an ocean of other games. The main problem is the length, since there is no need to worry about putting in more quarters, the overall length becomes incredibly short. Unless you have friends to play with online, there isn’t really much offered by this game. X-men arcade is a fan service and it is evident while playing it.
I give X-Men Arcade