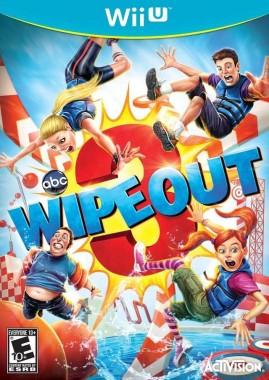 Overview
Wipeout has proved to be a successful franchise for ABC, as the series’ has maintained high ratings from viewers who want to see standard citizens destroy themselves in what is proclaimed to be “the world’s largest obstacle course”. Seeing the success of the brand, Activision have already produced a handful of Wipeout video game adaptations, with Wipeout 3 being their latest release. Sure it’s a dreaded licensed title, but the Wii U has enough behind it to make any developer innovate if need be, so as I sat looking at it’s name among the solid launch line-up, I thought to myself -“Why not?” Does Wipeout 3 attempt to prove itself on the new platform, or is this game yet another attempt to make a few bucks off a big name? Let’s find out.

Gameplay
As you would have guessed, there is no plot in Wipeout’s third entry – as this is an adaptation of a game show. The main offering let’s players compete in a one man obstacle courses with a wide array of characters to choose from, attempting to finish each segment until an episode is complete. These episodes consist of your basic formula from the show, where the contestant must complete each course in a set number of time without getting knocked off the course by one of the crazy contraptions. Each character have a small advantage to themselves such as speed and strength, which both come in handy for surviving throughout the obstacle course at play. 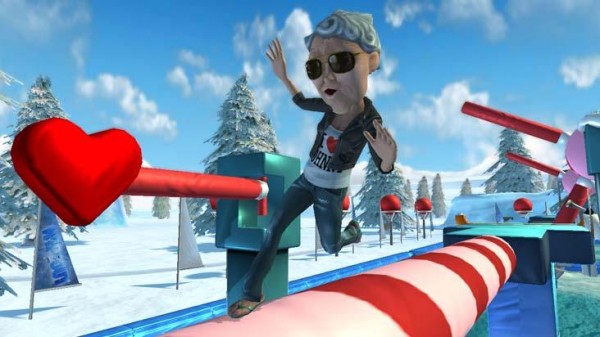 Most obstacle courses feature a specific theme (such as summer or winter), and normally come with the objective of “don’t fall off”. While obstacles like giant sweeper arms, tilting platforms, and balls pelt the player, they must keep it steady and try to run and jump their way through a course without falling off into the water. Yes, it’s quite chaotic, and the action is a blast to watch. That’s is the biggest problem with Wipeout 3 however, as it is more fun to watch, than actually play. 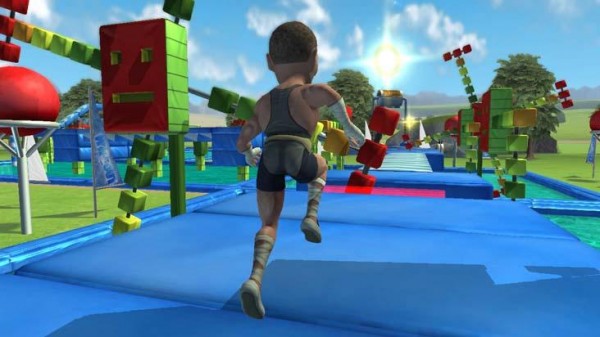 Oddly enough, the problem with Wipeout 3’s gameplay does not lie in it’s controls. The player simply holds the analog up while running, and then must jump or dodge out of the way of incoming obstacles as they approach. It’s a very simple scheme that can be accessed by all – but one that makes the entire experience so easy that it becomes a bore to play. Wipeout 3 doesn’t let you move from side to side or even steer off course on purpose. No matter what direction you want to move, the only choice is forward, leaving the player only responsible for maintaining speed and jumping at the right time. Now, I understand younger fans of the show and families (aka the casual market) will be the main parties interested in this type of game, but the low difficulty makes for lifeless action. This is amplified by the fact that if you fall off three times during a segment, your character will move on to the next area – with very little penalty for doing so. 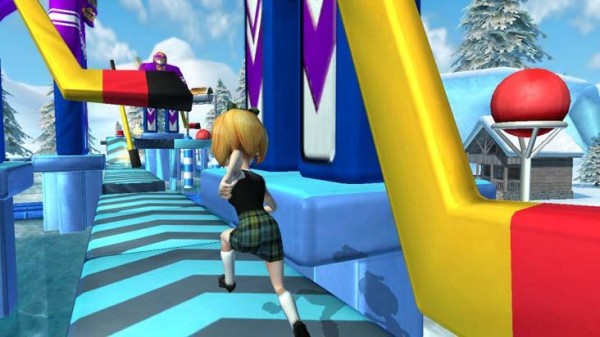 On a more positive note, the multiplayer has a bit more to offer with Trap Attack. Trap Attack acts as it sounds, and has one player utilize the Gamepad to take control of one course’s traps while up to four other players use WiiMotes to navigate safely. Sure, it’s not deep by any means, but it’s a nice distraction from the main game due to the hectic nature of it all. Like most Wii U titles thus far, a detached mode is also offered, letting the player use the Gamepad, rather than the television to play the game in it’s entirety. A split screen (or side-by-side) multiplayer mode is also available, but suffers from the same ultra simple gameplay mechanics that hold the single player game back greatly. Wipeout games have never been too complex, but I would have loved to have seen just a little more Gamepad utilization. There are small features – like letting an extra player pelt water balloons and snowballs at the main participant, but that only goes so far in terms of entertainment.

Visuals and Audio
I know this might sound crazy – especially considering this is a licensed game, but Wipeout 3 is simply gorgeous in terms of visuals. Every player model is just as smooth and colorful as the mad obstacle courses these episodes take place on, and the variety of devices easily make you want to progress – even with the stale gameplay. All of the unlockable characters have their own little quirky charm as well, from the likes of a fairy godmother to a stickman – and that variety is the main reason most will want to complete the game and unlock all of the goofy hats and attires that are included as extras. 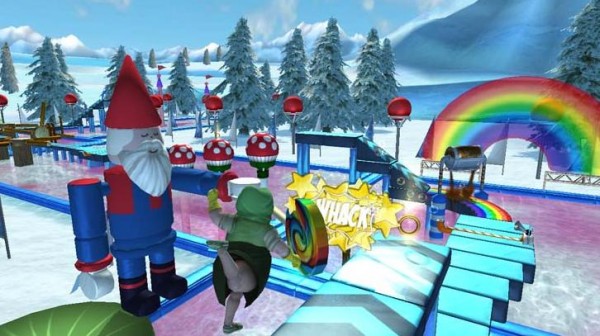 The sound is also superb, with both hosts John Henson and Josh Anderson calling the shots as the player runs through each course, adding a bit of life to the experience in the process. Each playable character has their own unique voicework as well, with quick one-liners that are delivered as they crash and burn or pass a tough obstacle. After a while, these “jokes” can become a bit tiring to hear, but the effort for satire is there that alone puts this title above it’s shovelware appearance, making for a title that fans of the show should at least enjoy viewing if they grow bored of the lack of challenge.

Overall
Wipeout 3 is a hard game to review – as it’s not really aimed towards the gaming market. This title is one made for families that tune in to see Vanessa Lachey and company lead unsuspecting families into a chaotic and wild obstacle course each week, and doesn’t really try to attract anyone else. Yes, the presentation is surprisingly pleasant – but after just a short time, players looking for an extra challenge are sure to grow bored of the linear stylings here and look for something more elsewhere. Wipeout 3 never tries to be anything more than a licensed video game and in the end – it succeeds it reveling in it’s own lack of ambition.