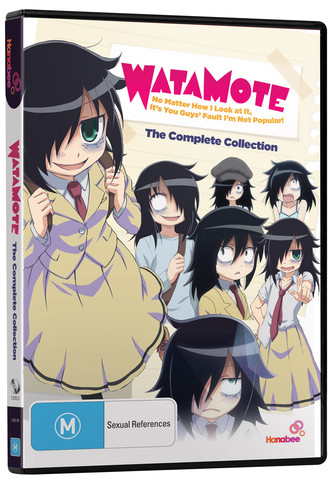 WataMote: No Matter How I Look at It, It’s You Guys’ Fault I’m Not Popular! Complete TV Series Collection

WataMote: No Matter How I Look at It, It’s You Guys’ Fault I’m Not Popular! is one of many slice-of-life anime adaptations produced in recent times, but it mainly follows just one character as opposed to the more common group of four characters. Main character Tomoko Kuroki is unpopular and well aware of that fact. Her goal is to make friends, get a boyfriend and just be popular. She does make a little bit of progress, but even if she ultimately achieves very little, is this slice-of-life series worth watching? 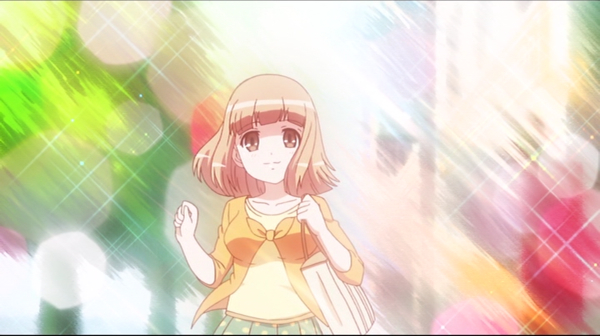 Tomoko Kuroki is three months into high school and has not talked to anyone. She has made no new friends and goes relatively unnoticed by her classmates. Just saying goodbye to her teacher after school is a big deal for her, but she makes very little progress at all after that first step. Getting her life advice from otome dating sims, she has frequent delusional fantasies about what high school life should be like and how her classmates should treat her. Her misguided notions about life also lead her to get over-excited about real life ‘fan-service’; seeing a girl’s underwear and having her best friend hug her while said friend’s breasts are pressing up against her excite her as much as if she were a dirty old man. She has become more of a dirty old man than a high school girl due to her excessive gaming, and her reclusive tendencies contribute to her inability to communicate normally with almost everyone in the outside world.

This series turns out to not be about making Tomoko progress, but rather about exploring how this high school girl sees the world and how dating sims have affected her outlook on life. Tomoko thinks of the popular girls as ‘sluts’ and even thinks of her best-friend as a ‘slut’ because she wears short skirts and got a boyfriend before her, but this series unfortunately does not present any meaningful commentary on such issues. It does explore what it is like to have a friend to spend time with; good company can make just about anything more fun and enjoyable, even if that company is a cat or a couple of random middle-school kids. Much of the comedy in this series comes from seeing Tomoko’s ridiculous fantasies and how others actually see her in reality. When a giant bug terrorises her classroom, she thinks she will look really cool and become a hero if she squashes it. Instead, she ends up getting cold reactions from her classmates. She lies to her cousin about various things such as having a boyfriend, and this all comes back to haunt her when her cousin confronts Tomoko’s ‘boyfriend’. If watching WataMote has one positive aspect to it, then it is that it shows us that we should just be ourselves and not lie to others or change our appearance through expensive clothing or makeup. 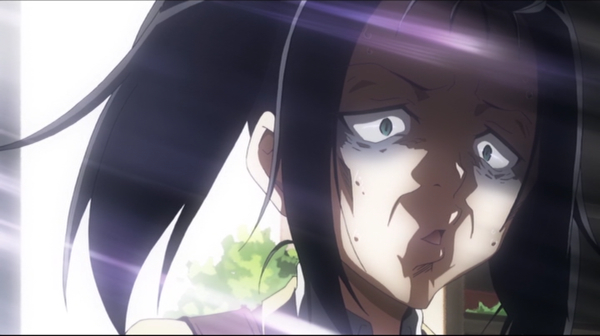 The visuals are passable but nothing special. Lighting effects are often rather crude, but where the animators do put in some effort to make their work stand out is with the opening animation. It is a surprisingly well-animated piece that acts as a metaphor for Tomoko’s desire to break free of the demands of society and her place in it. The ending theme songs all have decent animation too, so the visuals are not a major disappointment in this series overall. Particular effort is put into animating Tomoko during the scenes in which she is trying to change her image, but viewers may find the results to be exaggerated and disturbing.

Unnecessary fan-service in this series includes a couple of panty shots and Tomoko’s friend Yuu Narise, a girl with large breasts that are unfortunately seen bouncing frequently. This is disappointing, but not at all surprising for a series that is so aware of itself as an anime. Viewers will likely appreciate the well-animated parody of Death Note in the first episode and the parodies of other pop-culture items including but not limited to Star Wars, Space Invaders and more.

The English subtitles are also passable, but this is yet another home video release of an anime series that lacks subtitles for some of the songs. The ending songs in episodes 5, 6 and 11 are not subtitled, which is most likely due to a licensing issue but disappointing all the same. 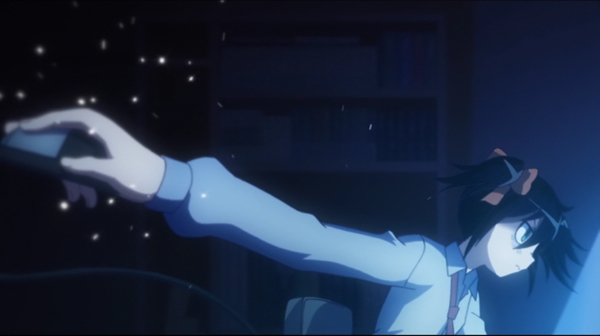 The audio is of mixed quality. The background music, for the most part, is appropriate. However, there are a couple of pieces of music that do not contribute anything to the feel of the show and sound very bland. The opening theme song is a decent heavy-metal song and the ending is a decent pop-song, with the lyrics of both songs being especially fitting for the series. The special ending songs are also rather better than expected.

What really holds this release back is Sentai Filmwork’s English dub. In it, the students have very out-of-place American accents and the teacher sounds suspiciously like a text-to-speech voice, but the thing that really brings the quality of the dub down is Monica Rial’s gravelly portrayal of Tomoko. She pulls off the shy Tomoko reasonably well, but otherwise makes her sound like a chain-smoker, a rather odd decision given that she is a high school girl. None of the other voice actors in the dub suit their characters either, with the only almost passable performances being that of the Yandere Boys’ singer and the dating-sim characters. David Matranga’s portrayal as Tomoko’s frequently annoyed brother Tomoki is not bad, but it does not fit either. Unsurprisingly, Japanese names are mispronounced. The Japanese audio is fine, on the other hand; Izumi Kitta gives a great performance as Tomoko and the other members of the voice cast give a suitable performance for each of their characters.

Extras in this release are limited to the textless opening animation and textless ending animations. Trailers for other Hanabee releases are also included. 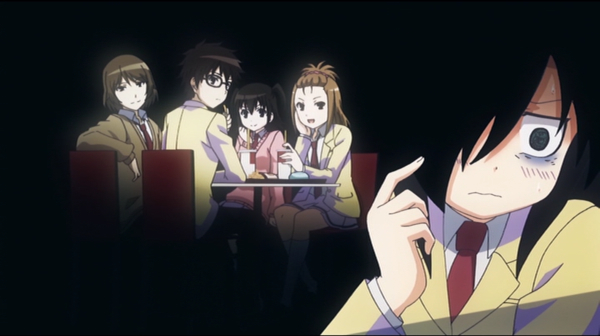 Anyone who has or ever had any difficulty talking to a member of the opposite-sex, looked at the popular kids and wondered why the ‘cool’ kids had so many friends while they did not or even anyone who thought/thinks that life should be like dating sims may connect with Tomoko Kuroki. It is the identifiable nature she has that is both WataMote’s greatest strength and weakness. Some viewers will watch the series and want to root for her and hope that she eventually succeeds in making new friends. Others, however, may find the blunt discussions about the frequently delusional mind of a teenager to hit too close to home and be too confronting, even if they did not experience any of the anxiety that she did or if they only know a friend who had/is having a similar experience.