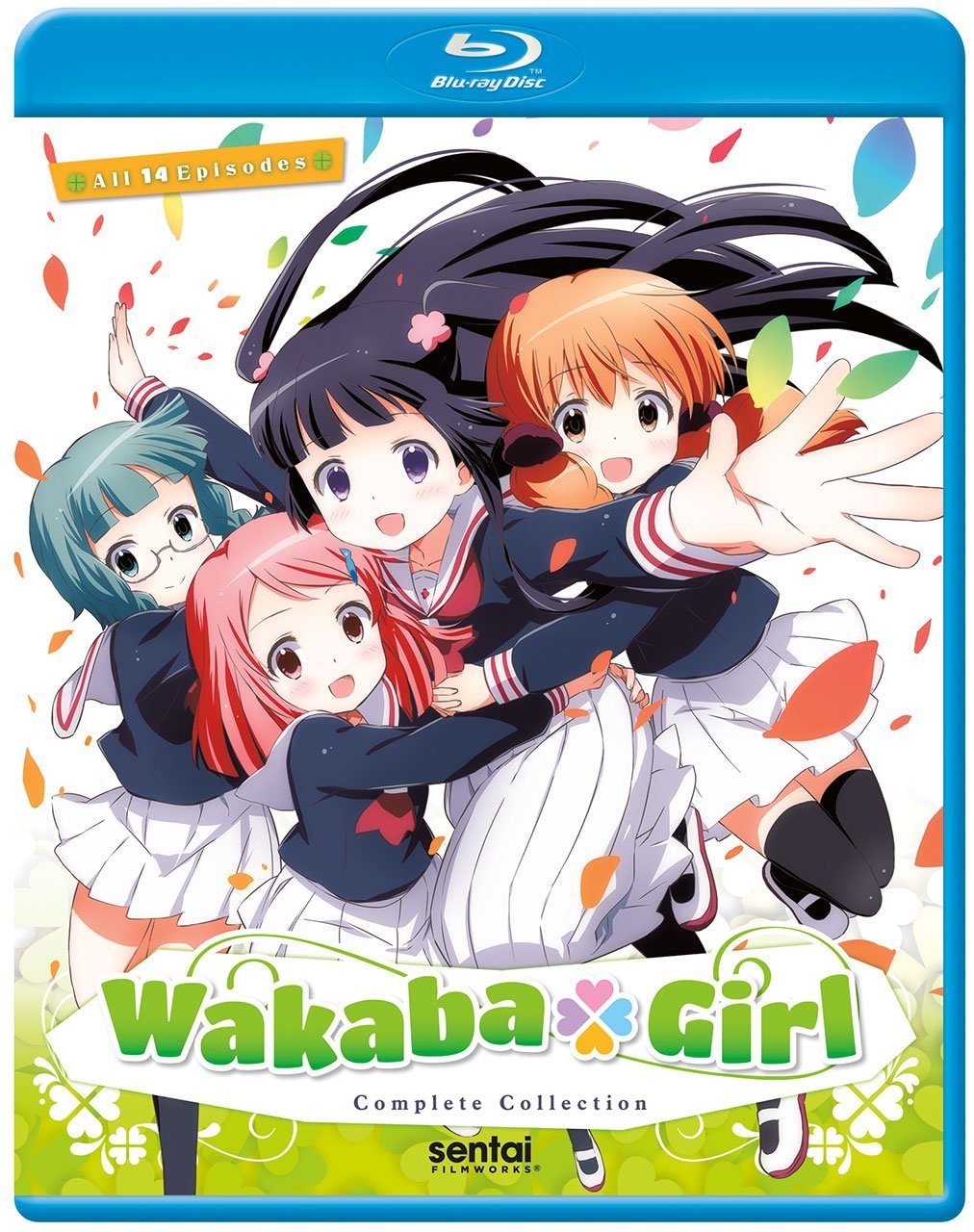 Short anime series that feature episodes that are only around seven or eight minutes long used to be a rare sight outside of Japan and even today we tend to see only a few of the many short series released in the West and those that do tend to be spin-offs of already popular franchises. Wakaba Girl may not be one such series and while some shows based off of 4-koma manga tie multiple stories together in an effort to create a full length episode Wakaba Girl goes the other route. So now that this comedy series has been released in the West is it worth checking out?

Wakaba Kohashi has lived an incredibly sheltered life. Thanks to her rich family she always has been driven to and from school and even when in class she never would have an opportunity to actually make friends with people due to the fact that her father’s job always keeps the family on the move. This led to Wakaba developing a few unique dreams and misconceptions about the real world. Such as how she wants to become a ‘gyaru’ but really doesn’t know the meaning of the word or anything about it. 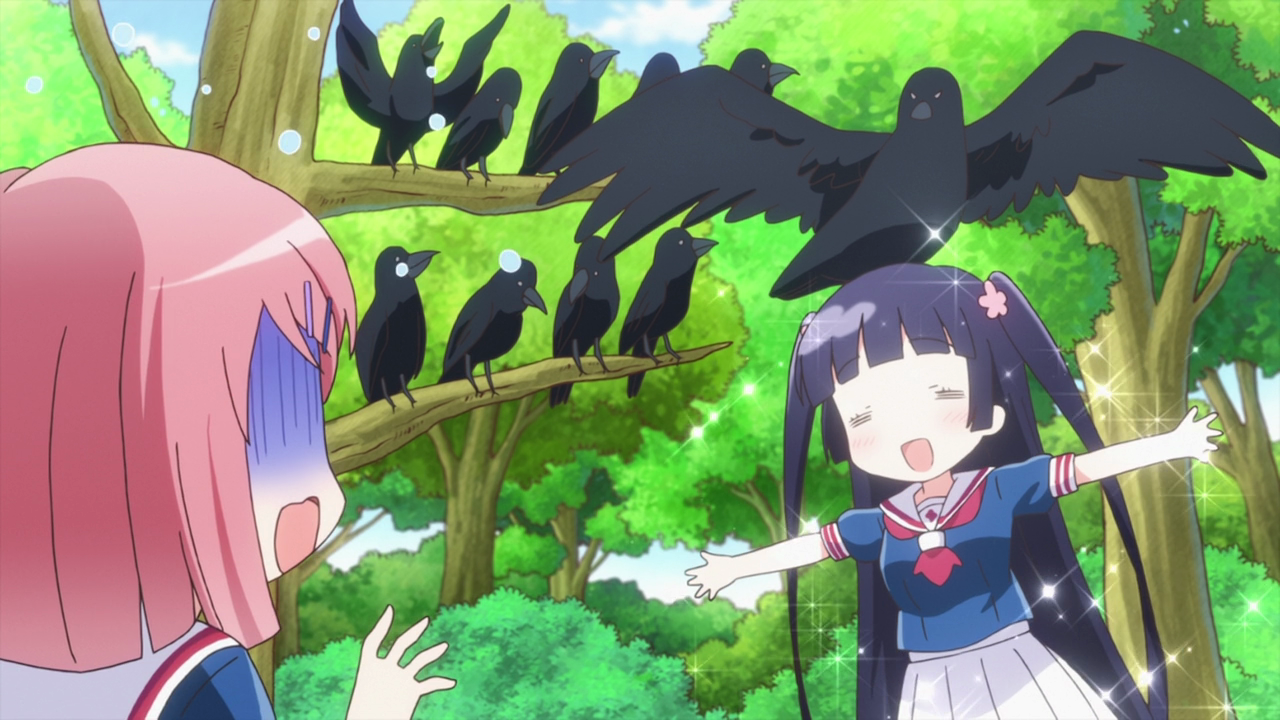 Her chance for a change comes when she enters her first year of high school and begins to attend a normal school for the first time in her life. Thanks to the fact that, as she bluntly states, she is a bit dumb and can even fall asleep while standing to deal with classwork, she finds herself surrounded by normal girls and it just so happens that the girls sitting next to her are more than welcoming and the four become quick friends.

These four quickly figure out what to call one another as Wakaba, Moe, Mao, and Shiba begin to take on various school activities that one would usually expect to be predictable but thanks to the sheltered life of Wakaba, tend to be a bit unique. Not only has Wakaba already managed to complete her dream of becoming a high school girl, she makes her very first friends outside of her family and the series tends to follow this pattern of having each new episode be the girls doing something that is new for Wakaba as well as fun for the rest of them. 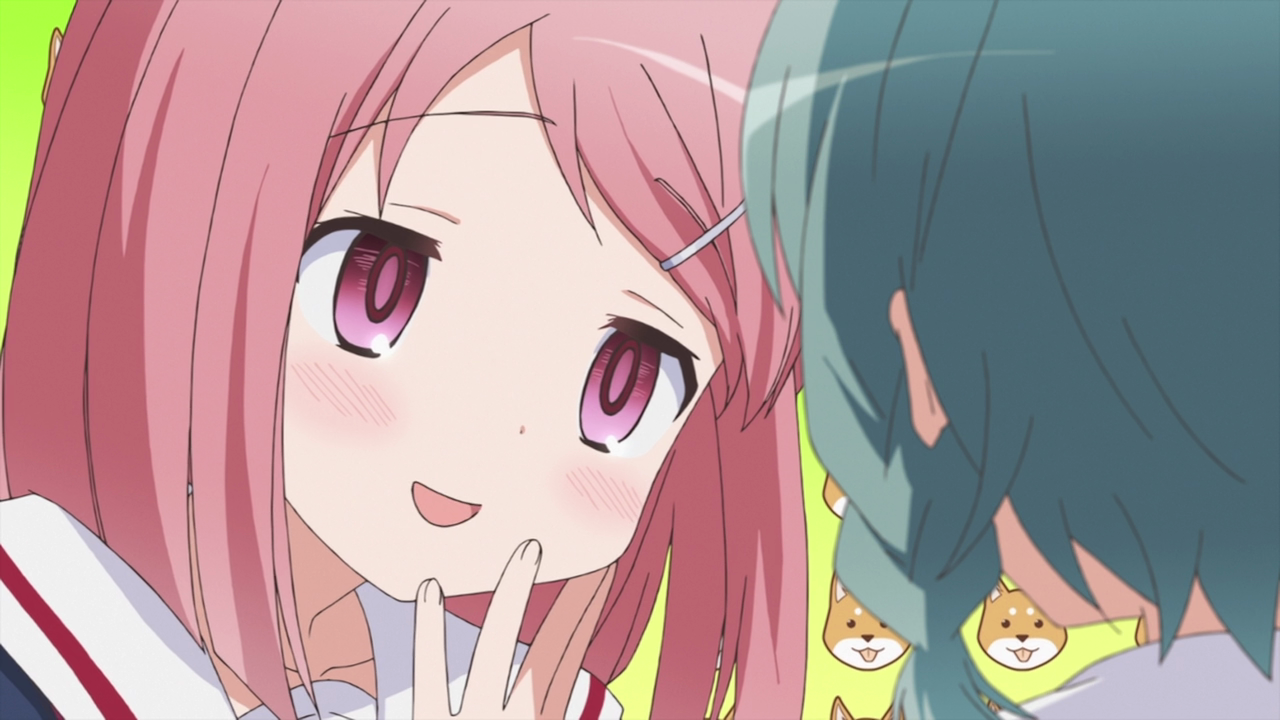 As is usual in comedy shows such as this, each episode features one of the key jokes as the title so viewers are given a small hint as to what to expect though considering the numerous running gags that are established in the series it’ll be a bit hard to guess when the punchline will happen. For the most part the series works well thanks to the four girls in the group as they play off one another well, with Mao being the energetic girl, Shiba being the athlete that can’t speak when put on the spot, Moe fitting her nickname by being the cute one with some unique traits, and Wakaba being herself.

This combination of characters is far from anything new but the small jabs that the three other girls make at one another and the pure innocence that we see from Wakaba helps make even the most standard activities seem fun. This includes things such as traveling to an ice cream shop, staying the night at a friend’s house, going swimming, taking part in cultural festivals, and more. While these are standard for a series that takes place in the school, the complete disconnect that Wakaba and her family have from normal standards help make each of these situations unique, such as wanting to plan their next trip to a sweet shop in France, offering gold bullion as a housewarming gift, and giving money whenever she has fun. 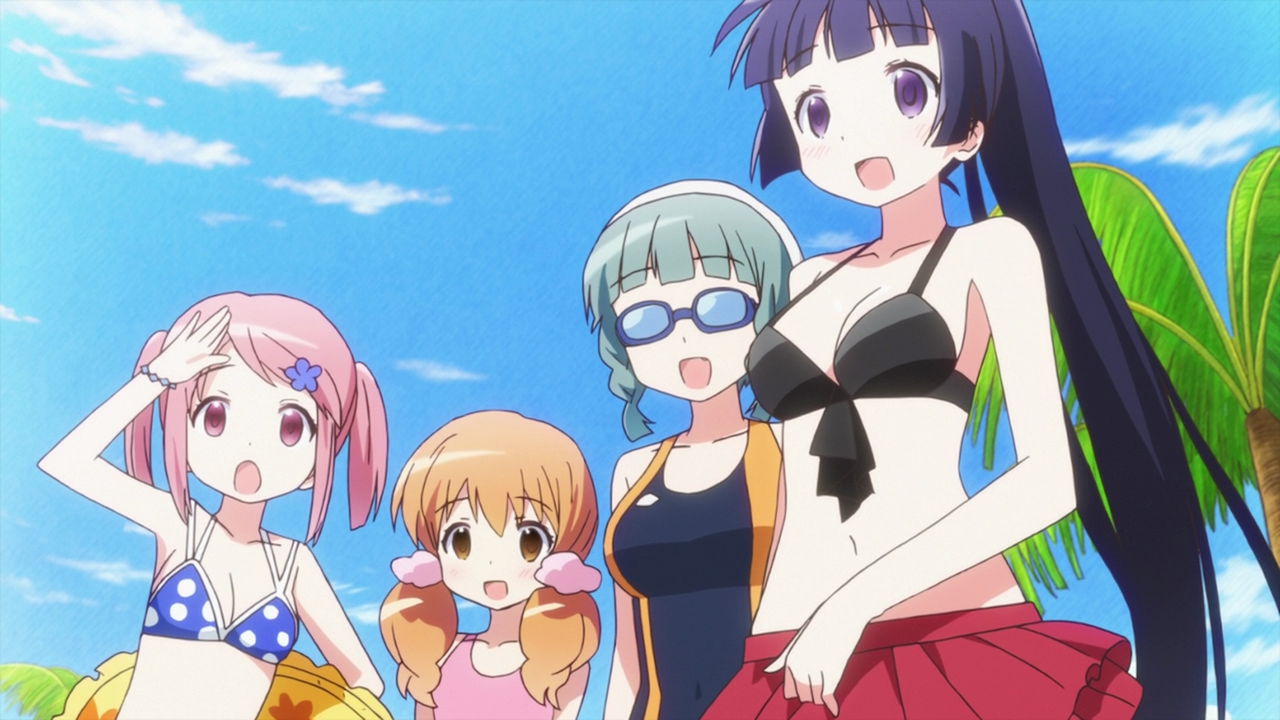 Outside of Wakaba’s experiencing something new every episode the rest of the cast gets a bit of time to develop as well, with Mao trying to pull off a rich girl attitude to impress a boy she likes and using Wakaba as her studying material only to find that she is beyond the ultimate and that she should stay true to herself, the group standing up for Wakaba when they learn that her early curfew would leave her out of an activity that she is excited for, helping Moe with her athletic skills, and more as their own problems are seen and worked through with Wakaba often leading the way. 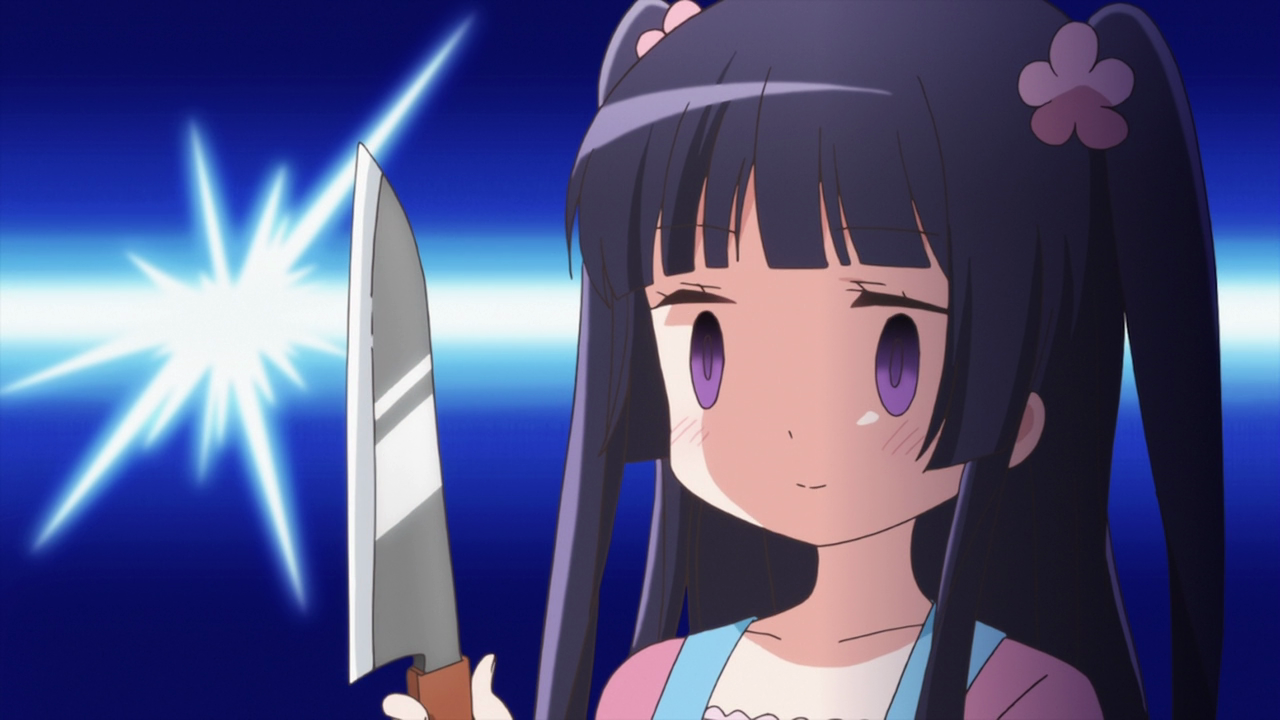 This innocent nature and sweetness permeates the series to the point that it is a bit saccharine at times and although there are plenty of great moments there are also plenty of jokes that fall a bit flat especially if you happen to sit through the series all at once rather than enjoying it in small bursts. As one would expect, this sweetness does have a bit of predictable drama worked in at the thirteenth episode to wrap things up in a heartwarming fashion to show how strong of a bond that Wakaba has with her friends and while this is certainly a tender way to end the series it is something viewers should see coming a mile away.

Wakaba Girl is animated by Nexus, a company with only a few shows accredited to it, and features solid bright color usage that never comes across as overpowering and helps each of the girls stand out in the group thanks to various small touches in their designs. The animation studio has made great use of deadpan facial expressions and other visual changes to help accent the joke being made in a scene though be prepared for plenty of sound-effects being quickly translated with notes from Sentai Filmworks. 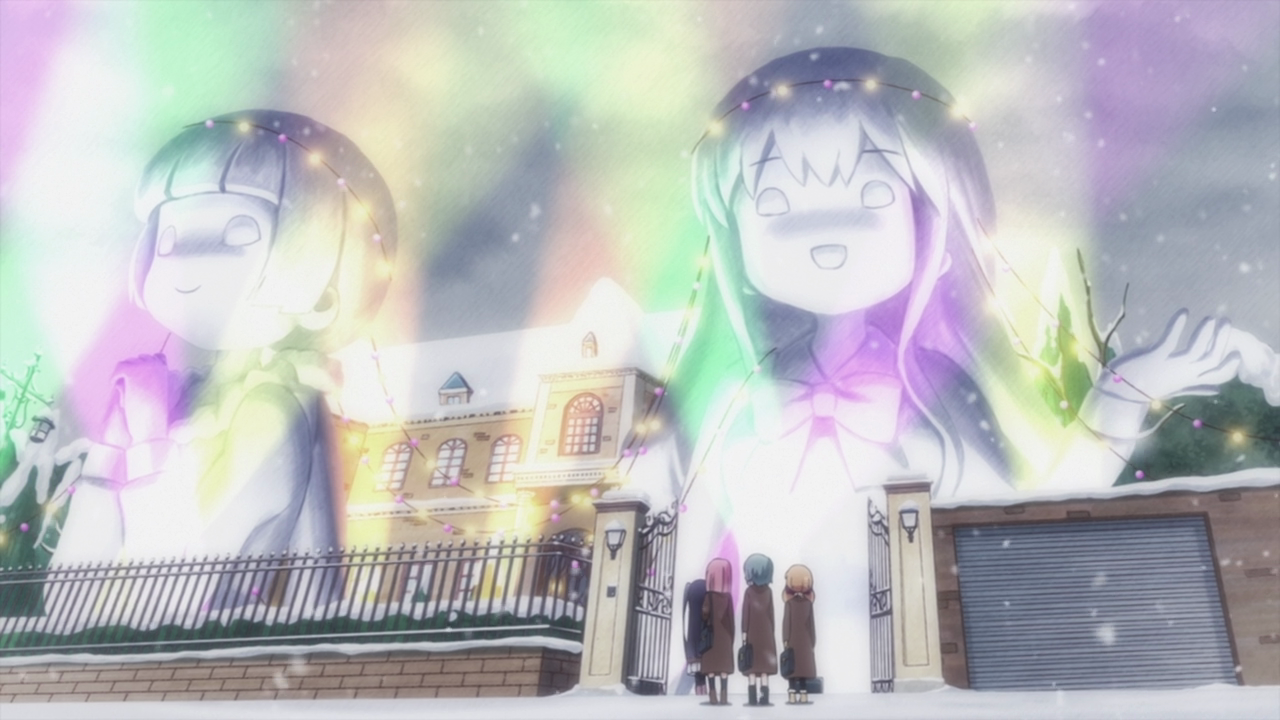 The basics backgrounds and designs of most of the areas the girls travel to may appear rather standard for the series but it plays off of the few outlandish looking scenes that are presented when Wakaba’s house is shown off to the surprise of her friends. It is worth noting that although the series does have the standard swimming episode, there is no real fan service to be concerned about and even the hot spring episode is played in a completely different fashion than one would expect.

Sentai Filmworks has opted to bring Wakaba Girl to the West with only the original Japanese voice track. This works for the most part thanks to the fact that all of the girls sound exactly as one would expect given their archetypes. Wakaba’s innocent “oujo-sama” voice by Ari Ozawa fits her actions perfectly and one would be rather surprised to see that many of the voice actresses In the series have quite a lot of experience already since many shorts such as this serve as launching grounds for new voice actors. 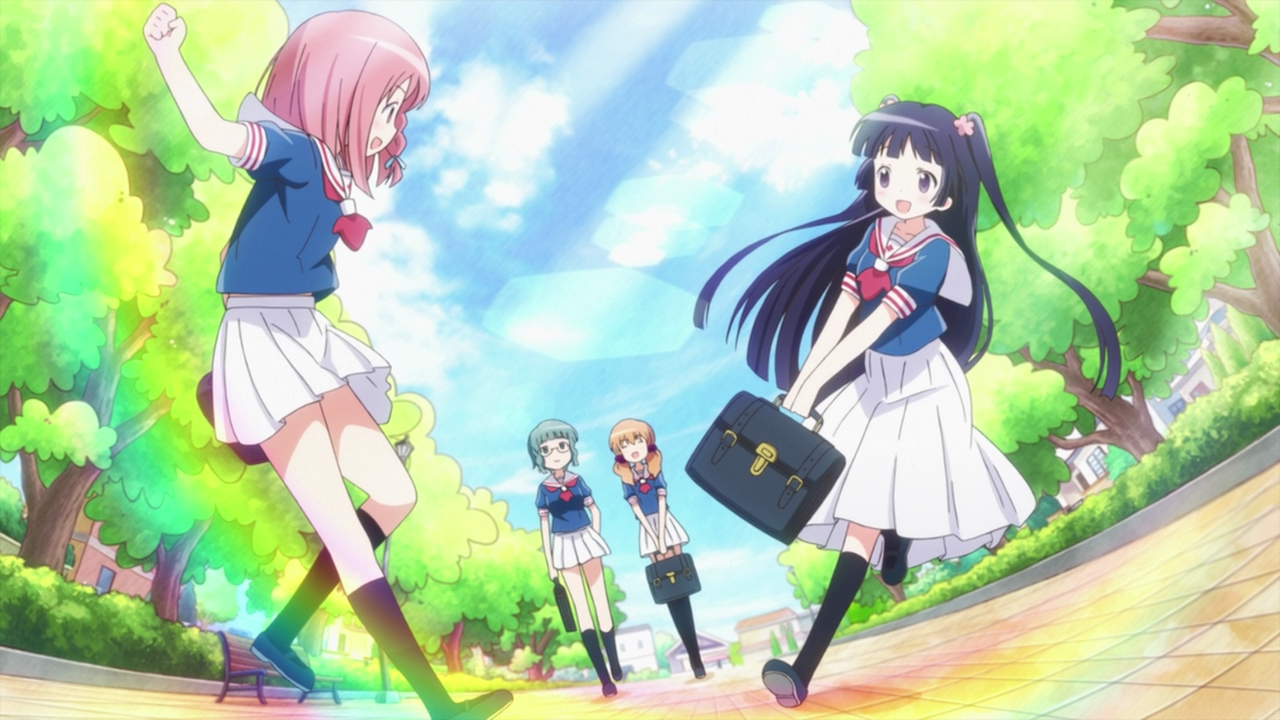 As far as the soundtrack goes, the series features rather simple tunes that don’t really stand out in any way and thanks to it being a short it only has an opening animation and no closing theme. The opening theme is very catchy thanks to its simple lyrics and pairing with the animation and it is called “Hajimete Girls!” performed by Ray.

It is worth noting that this release of Wakaba Girl does include the OVA that was released a couple months after the series ended though it is called the fourteenth episode rather than designated as an OVA. The OVA follows the four girls as they plan to go to a hot spring inn and get part-time jobs at a small restaurant in an effort to pay for it themselves rather than use Wakaba’s money, though considering the restaurant is actually owned by Wakaba’s older sister the three girls are in for quite an interesting time. 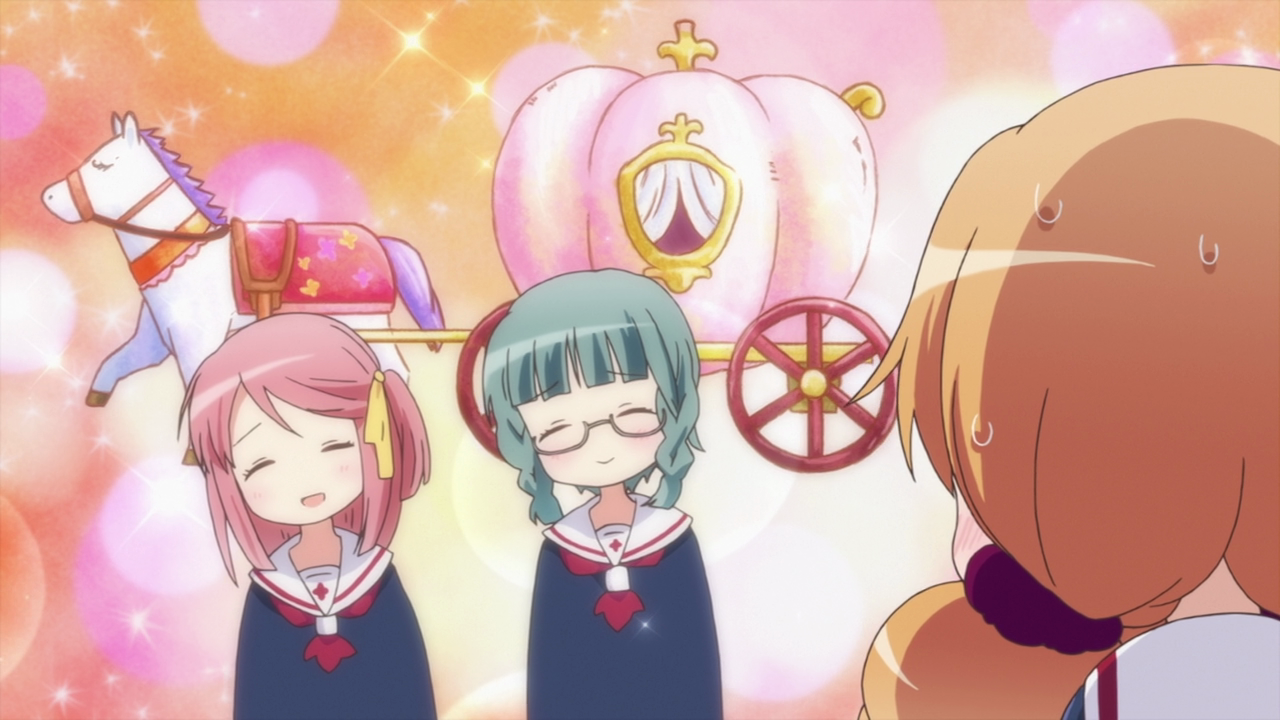 Outside of the bonus OVA the only other features included in this release are a clean version of the opening theme and trailers for other titles from Sentai Filmworks.

Wakaba Girl may be a bit too sweet for its own good at times and rarely offers any unpredictable twists but it is an incredibly charming comedy series that features a delightful group with great interactions. Wakaba’s innocent mind and rich-girl ideas that clash with common sense help bring some unique comedic moments to a series that ends up being delightfully pleasant  and something to easily pop in and watch a few episodes to get a quick laugh as I can see this humor easily standing up to multiple viewings thanks to its short-form design.

Wakaba Girl’s short-form structure helps create a pleasantly funny series that rarely tries anything unexpected but does offer plenty of great jokes focused around a diverse group of characters that play well off one another with Wakaba being the driving force for both the fresh comedic elements and the group as a whole.
8