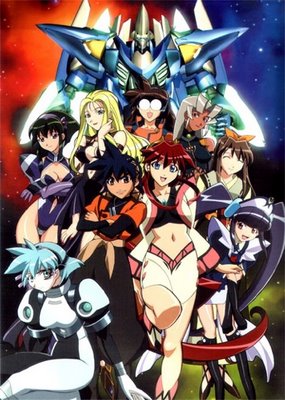 As long as anyone can remember there has always been two planets, Mejere and Taraak. Taraak is home to only male humans, while Mejere is home to only female. Strange enough, these two are at violent war with one another and consistently attack one another. The men live in fear of the horrors in which women are rumored to do the their prisoners.

A Taraakian battleship full of trained men has just been developed and sent into space to begin a new battle against Mejere. Only there is a small problem, the main character Hibiki, has snuck on-board to steal a Vanguard. Vanguards are the male’s newly developed weaponry against the Mejere. Poor Hibiki however was captured and thrown into the ship’s jail as it took off to battle.

Rather than let the ship fall into the hands of the pirates, the Taraakian commander issues the order to destroy the ship. However a mysterious power within the ship destroys the missiles en route and teleports both the hijacked male ship and the female ship across the galaxy.

Now not only do the women and few men face each other on the ships, they are also brought under attack by a new foe, known only to them as the Harvesters. If only Hibiki could avoid being caught up in the attention he is receiving from a certain female enemy named Dita and master the new weapon at his finger tips.

The storyline of the anime is very unique for the genre in which it chose. The fact that there is such a division between the two sexes leads to an extremely large amount of hilarious scenes and outcomes throughout the series.

The story develops at a nice pace and there are plenty of battle scenes and developments happening both in battle and on the ship outside of battle. There is your standard romantic moments that happen, however they are always coupled with comedy as the two sexes try to come to terms with everything that is so alien to them.

First lets go over the men of the story, as they are the fewest of the characters that actually appear within the show. The main character is Hibiki Tokai is a low class level worker in the society of men. Luckily however amongst the women he is seen as a fighter pilot of the Vanguards. He is very bad tempered and direct, though he can be a bit thick at times as well. His mind is usually in his stomach and has issues dealing with the women around him.

The other two men on board are Duelo McFile and Bart Garsus. Duelo is a doctor who finds all the women interesting and volunteered to stay on board and assist a wounded female soldier and thus was stuck on board. While Bart is simply a coward and was found hiding after the battle was over. Little does he know though that he ended up playing one of the largest parts as the ships navigator. Duelo helps balance out the serious feel of the men aboard the ship as he sees it as an adult would. While Bart on the other hand is always fearful and mistrustful no matter what happens. 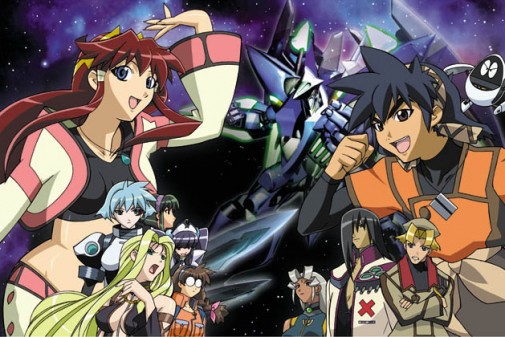 Now onto the fairer characters of the show, the females. There is a large abundance of characters to choose from, however Dita, Jura, and Meia are the main three chosen by the ship and thus the story to be followed as the main female leads.

Dita is the main female character and is absolutely obsessed with Hibiki, calling him a pet name of “Mr. Alien.” She is the most curious and outgoing of all the women and makes great strides in both torturing Hibiki with the unknown, and showing him they are not enemies. Her airheaded nature makes her always good for a laugh and is definitely one of the best characters in the series.

Jura is the standard flirtatious woman who doesn’t know anything about men, and that is what makes them interesting for her. While Meia is the typical military type; hiding her emotions and commanding the others in battle. Meia had the most development since her past is revealed, but the sequence about her past wasn’t designed very well and had only a slight impact on me.

Overall though there is an extremely large amount of other females in the story, each with varying personalities from completely outrageous to meek and timid around the men. The various flavors that are introduced from the wide ranging cast keep the show fresh and make you wonder who will end up with who.

The show began airing in 2000 and for a show created roughly around the turn of anime development, Vandread still stands the test of time in art design. There is nothing constantly repeated or scenes re-used that I noticed throughout the entire thirteen episode series. The characters are brightly designed and the entire ship is full of life and activity at all times. 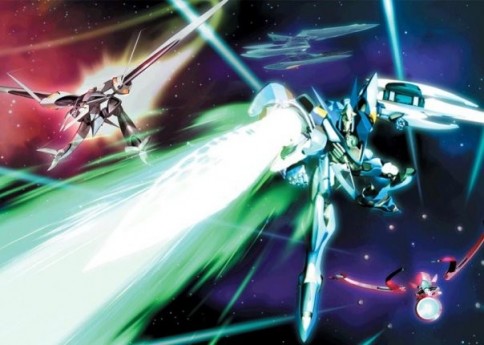 The CG art is used only for the space battles using the Vanguards and the female’s ships the Dreads. Notice where the name comes from with the combination of the two, Vandread? Either way the CG sections are still amazing to this day, though nothing you would expect from a major Hollywood production.

The battles in space and the enemies in which they fight are well designed and easy to follow. Occasionally during a fast paced battle it is easy to lose track of what is happening, but the battles look good while they are happening.

If you like action, romance, comedy then you will definitely like this game. The combination of these elements work great in Vandread and also provides a solid storyline that will bring together two enemies to fight against a common enemy to stay alive.