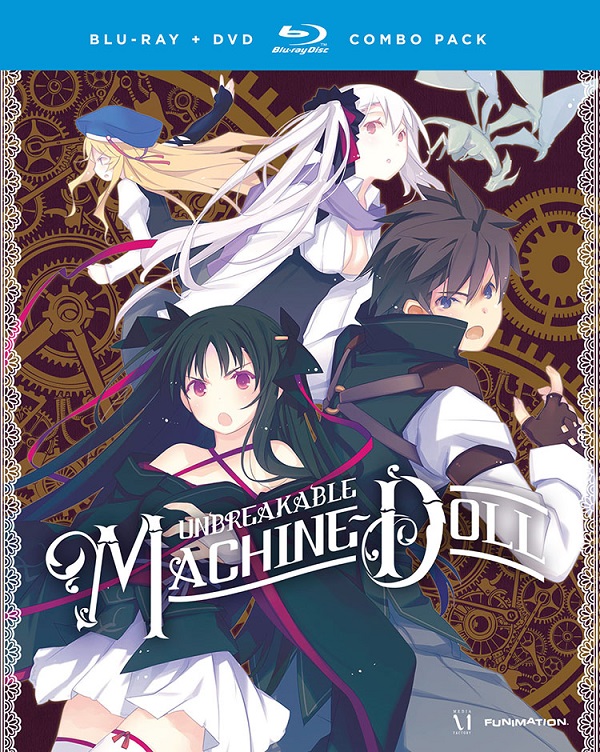 Overview
In an alternate 20th century reality there exists a practice called “Machinart” that allows humans to create and control special dolls with magic. These dolls, created from a mixture of technology and magic, come in various shapes and sizes though they tend to be used most commonly as weapons even though the more advanced ones appear to be as intelligent and self-aware as their human counterparts.

Unbreakable Machine-Doll tells the story of a certain Japanese puppeteer named Raishin Akabane as he and his partnered doll Yaya enroll in the most prestigious schools in the world, Walpurgis Royal Academy of Machinart in Liverpool. With his partner at his side and the potential for violence quite high, is Unbreakable Machine-Doll worth picking up?

Story
Before Raishin and Yaya even have a chance to arrive at Walpurgis Academy the steam-engine using train they are riding starts to go out of control. Once the pair manage to stop train before it crashes into the station, potentially killing hundreds of people it serves as a quick example of just how powerful Yaya and these dolls can potentially be. After managing to make it safely through the gates, Raishin finds that he is far from skilled in the art of puppetry and in fact ranks second last in the entire class of students. 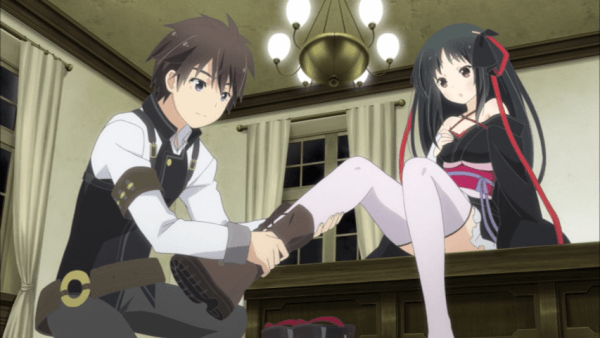 What seems like a series that could simply become a standard shōnen school series about battling and rising through the ranks is far more than that as Unbreakable Machine-Doll features quite a number of moving pieces. While it is indeed Raishin’s goal to become one of the top students in the school and take part in the combat tournament between the top 100 students in the school, he is also there for a number of different reasons.

One of these reasons is to gain vengeance on a certain masked man named “Magus” who is tied into Raishin’s tragic past as well as the death of his family. However thanks to the incredible skill that Magus wields he is incapable of making any moves and there are other ties holding him down, many of which happen to be the various girls he meets up with in the school as well as his own doll Yaya. You see, Yaya is far from your run of the mill doll as she was created by the legendary puppeteer Shoko Karyusai who continues to monitor Raishin’s actions so that he doesn’t foolishly throw his life away. 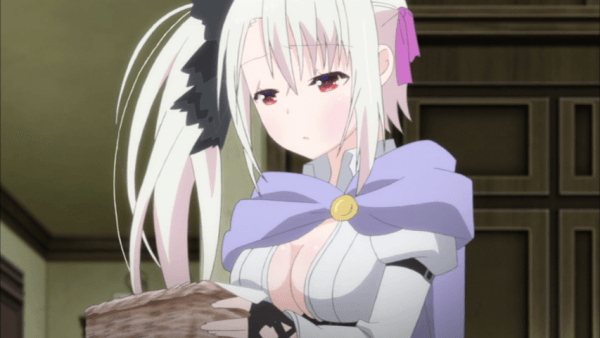 That of course is a bit difficult for Raishin as the storyline in Unbreakable Machine-Doll is broken down into three separate story arcs that involve him getting involved in incredibly dangerous situations in order to help out a girl in need, much to the chagrin of Yaya who is so enamored with Raishin that one of the running jokes throughout the series are her constant sexually charged advances and attempts to try and become Raishin’s wife.

The introductory arc involves a powerful but fallen English noblewoman named Charlotte with no friends but is seen as a possible suspect in an investigation involving the serial killing of dolls. While this arc mostly deals with introducing Charlotte as well as a number of the concepts that make up the world of Unbreakable Machine-Doll, the arcs following this one take a more serious tone as they explore the dark side of technology and of those willing to shatter the ideas of ethics and morality in order to achieve their goals through dastardly experimentation. 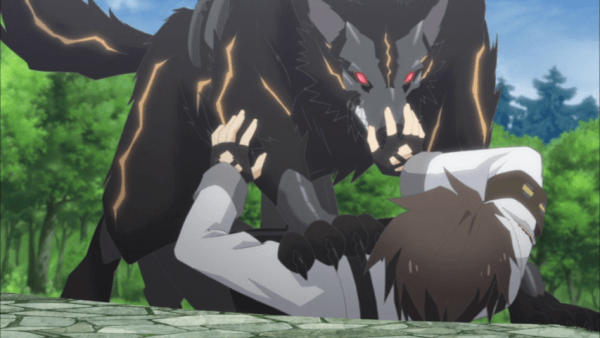 In many ways, Unbreakable Machine-Doll is smartly written in the way that each of these three story arcs tie themselves together and every character introduced continues to play roles throughout the story. Once the second arc finishes and the third begins, the sibling pair introduced in the previous arc play large roles while Charlotte’s family past that was previously described in the first arc is utilized by a villain to exploit her abilities by threatening one of the few family members she still has.

Now while I did say that this series is written rather intelligently, it also suffers from simply not having enough time to continue its story or explain things well enough. While world-building is plentiful and quite a few explanations are given about how some of the smaller concepts work, viewers are given very few details about how exactly many of the broader aspects of the world, such as magic and even Yaya’s abilities, which leaves viewers to simply take in events as they happen and hope they understand everything as it unfolds. The final arc also suffers in this regard as it quickly has to try and wrap itself up by the twelfth episode when there is clearly more to the events that take place at the end as the villain and her newly revealed creation simply leave the stage despite it being obvious that she is after far more than simple revenge and is a dangerous threat that simply escapes due to lack of time. 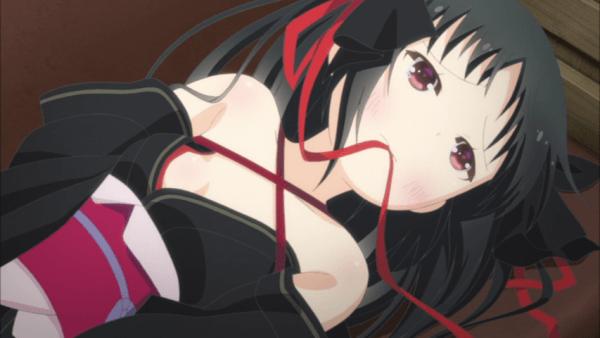 Rather than feel rushed, Unbreakable Machine-Doll feels like a series that deserved a longer original run. Thankfully outside of the aforementioned limitations, the series finds a nice balance between intense action sequences, most of which take place at night or in darker areas, and rather humorous character interactions that almost always take part during the daylight hours. In fact this serves as a nice split in what viewers can expect as the majority of the interactions between the characters, including plenty of sexy misunderstandings with Yaya and Frey and jokes about flat chests, to take place during the day while night almost always serves as a time for fighting or closing out the day with Yaya making more advances on Raishin or destroying things out of jealousy.

Visuals
Lerche studio chose some rather interesting design decisions in regards to Unbreakable Machine-Doll as almost every action sequences falls back on the use of CG. These action sequences are intense looking but it is evident that the focus on fighting at night or dark environments was done to make sure that the CG would blend in better with the rest of the more standard animation and also make it difficult to determine whenever things began to look strange. This is highly evident during the first episode where CG is utilized in the train sequence and both Yaya and Raishin are very awkward looking in broad daylight. 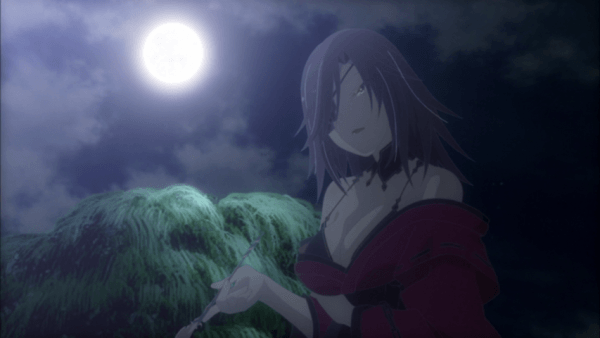 The rest of the series is handled fairly normally though there is a certain uniqueness to the way that the character designs have been handled. This unique look does help set the series apart but will appear fairly unconventional to many as the character expressions are incredibly clean looking. The clothing and architectural designs fit an early 20th century London environment with Yaya, Shoko, and her other two masterpiece dolls standing out due to the oriental clothing designs.

Audio
One of the greatest strengths that an English dub will always have over the original Japanese voice track is that the English voice actors can utilize accents whenever necessary, especially in the case of a series that takes place in London and features many characters from different parts of Europe. Thanks to this, a large number of characters have been given fitting English accents with different sounding variations to better fit their origins while also mixing in various British slang and insults to try and create an authentic sounding dub that is very satisfying to listen to. 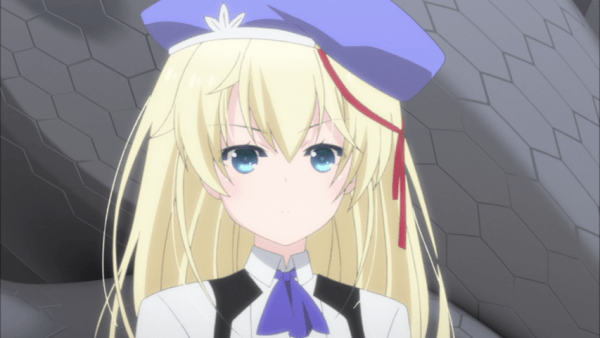 The same can be said in regards to the background music throughout the series as there is quite a bit of variety to the musical score, allowing for appropriate range between battle sequences and more light-hearted events. As far as the opening and closing theme goes, the opening theme “Anicca” by Hitomi Harada (Yaya’s Japanese voice actress) serves as a dramatic rock focused intro while the closing theme is the much more addicting sounding “Maware! Setsugetsuka.” There are three variations of this song with each variant having either Yaya, Irori, or Komurasaki’s Japanese voice actresses perform the song with the focus being centered on their character.

Extras
Unbreakable Machine-Doll comes with a number of on-disc extras from FUNimation including numerous promotional trailers and videos, two episode commentaries, a clean version of the opening song and a clean version of all three variations plus an 8-bit version of the ending theme, and twenty seven minutes worth of bonus shorts. The episode commentaries, episode 1 includes Christopher Bevins (Voice Director), Clifford Chapin (Raishin), Bryn Apprill (Yaya), and Kristin McCollum (Kimberly, while the second commentary is for episode 12 and sees the return of Christopher Bevins, Kristin Sutton (Charlotte), David Wald (Sigmund), and Linday Seidal (Frey). 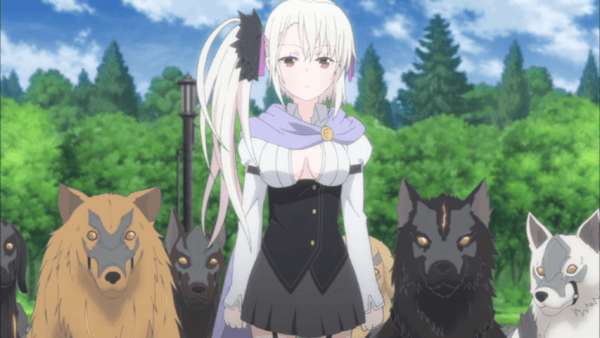 As for the aforementioned bonus shorts, they serve mostly as a way to give viewers a bit of extra fan service as many characters appear nude in some form but there is also quite a bit of information revealed in one bonus short as it explains some of the details of the magic in the series’ world. Interestingly enough, this collection of shorts also tells a mini-story tied into a part of Raishin’s past, which is highly unusual but a welcome addition.

Overall
Unbreakable Machine-Doll suffers from simply not having enough time given to the series and leaving many of the aspects in series’ unique world vague. With a longer run many of these issues may have been resolved, especially since what is actually presented in Unbreakable Machine-Doll is superb. The action sequences are extremely impressive looking while the character interactions are quite humorous with touches of fan service from time to time. This first season serves as a great beginning to what I hope will eventually continue into a second season, but for now expect Unbreakable Machine-Doll to tell a story with plenty of questions left hanging at the end of the final episode.