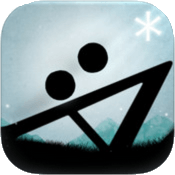 Overview
It’s not very often that you see media based on such unique subject matter as typographical history. A few years ago we saw the release of Helvetica, an independent feature-length film about the subject. Now, Bulkypix and friends are taking you back for another ride on the typographical history train. How does it hold up in a modern world? Is this game a forgotten cave painting or the new standard? Let’s find out. 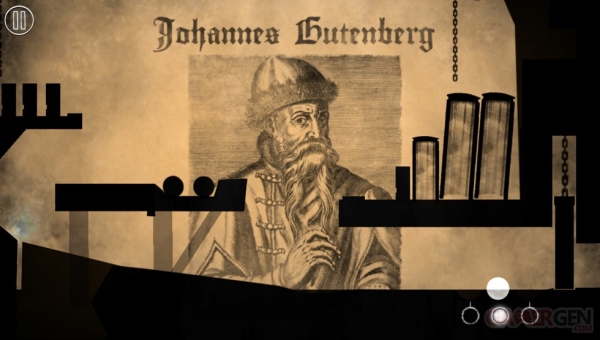 Story
Mankind has been trying to communicate since the dawn of time. To pass information along to later generations, we’ve been trying to keep written record of stories, events, instructions and more. In Type:Rider, players will take control of two dots as they work through the history of written language and its evolution. You’ll explore cave paintings, Johannes Gutenberg, the printing press, and much more. 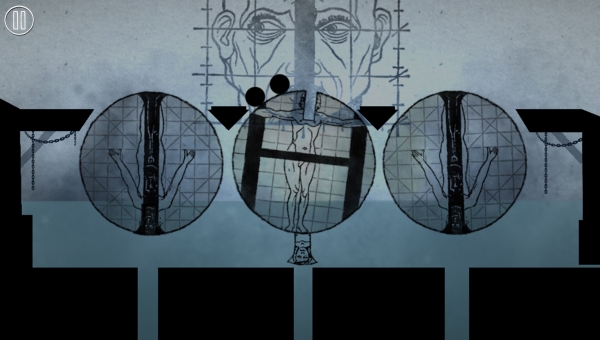 Gameplay
Type:Rider‘s gameplay is fairly straightforward. As with most two-dimensional platforming games, you’ll move your two dots around the screen and through the levels jumping, swimming, and otherwise maneuvering around the obstacles that stand in your way.

The controls are so simple, any child can do it. There are three controls schemes: intuitive, buttons, and tilt. The “intuitive” scheme will just have you placing your fingers on the side of the screen you want to move toward, the “buttons” scheme will put a left, right, and jump button the screen for you, and the “tilt” scheme lets you move your device in the direction you want to go. All three are perfectly viable, allowing you to choose the best play experience for yourself. It’s refreshing to see more than one option given for the control scheme. 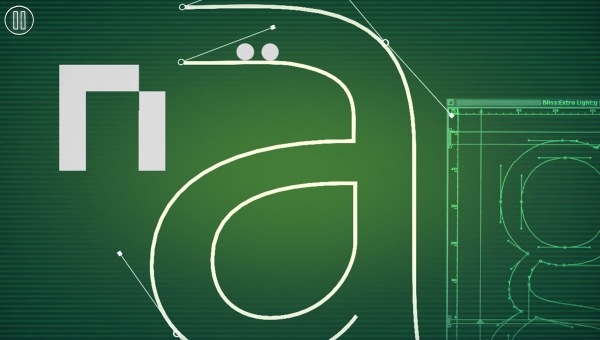 After completing a tutorial level, you’ll be set out into a hub world where you’ll work through typefaces (the worlds you’re playing through) one at a time. Within each world, not only will you maneuver from beginning to end and avoid dangerous traps, but you’ll also have to work to collect as many items as possible.

Each font has all 26 letters of the alphabet to snag along with a special character. The alphabet is typically in a fairly streamlined path, but you may have to do some digging for the special character. On top of those, there are several asterisks (‘*’) hidden within each world. These asterisks unlock educational excerpts you can read to learn more about the history of the font you’re dealing with. These add fantastic value to the title – especially for those genuinely interested in the source material.

Over the course of the game, you’ll work your way through several type faces, many of which you may recognize. Helvetica, Times New Roman, and more have their own stylized backdrops and level design, giving you a great sense of aesthetic and variety as you explore. This keeps the levels interested and keeps you on the move as you press to find the next thing. 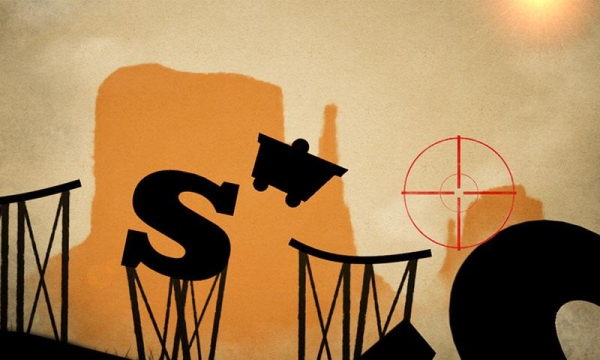 For iOS players, the game was optimized to run on the iPhone 5. While that may sound great to owners of the newest and hottest phones, it presents a very real problem to anyone with an iPhone 4. While the game is technically compatible, there is some very significant screen stuttering that subsequently causes a lag in control, even on the “Fast” graphical setting. It can be very frustrating, especially when trying to make a well timed jump to grab that letter just out of reach. Hopefully it’s the sort of thing they can improve with a patch down the line.

Visuals
Though simplistic in its presentation, Type:Rider offers unique,  powerful aesthetics that are sure to grab your attention. With worlds that mix letters, words, and other typographical material with water, fire, and more, Type:Rider gives players a fun look that will leave a lasting impression. 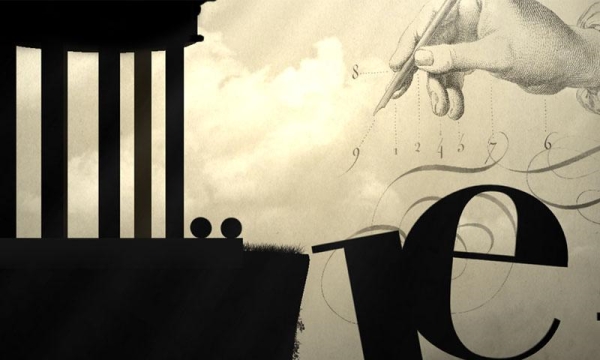 Audio
When you first fire up the game, it suggests you play with headphones on. While I was skeptical at first, I can handily say this was a good decision. Type:Rider has a fantastic, serene soundtrack that complements that the visual design and keeps the players at ease. There’s nothing distracting here – it seeks to put you in the flow and keep you there, and it does so wonderfully.

Overall
Type:Rider manages to be casual, educational, charming, and melodic all in one masterful stroke. The gameplay is simple enough for anyone to pick up and enjoy and the look and feel of the game are fantastic. If you have an iPhone 4, your experience will be significantly hampered, and that’s a real shame. Type:Rider is a ride worth punching your ticket for.