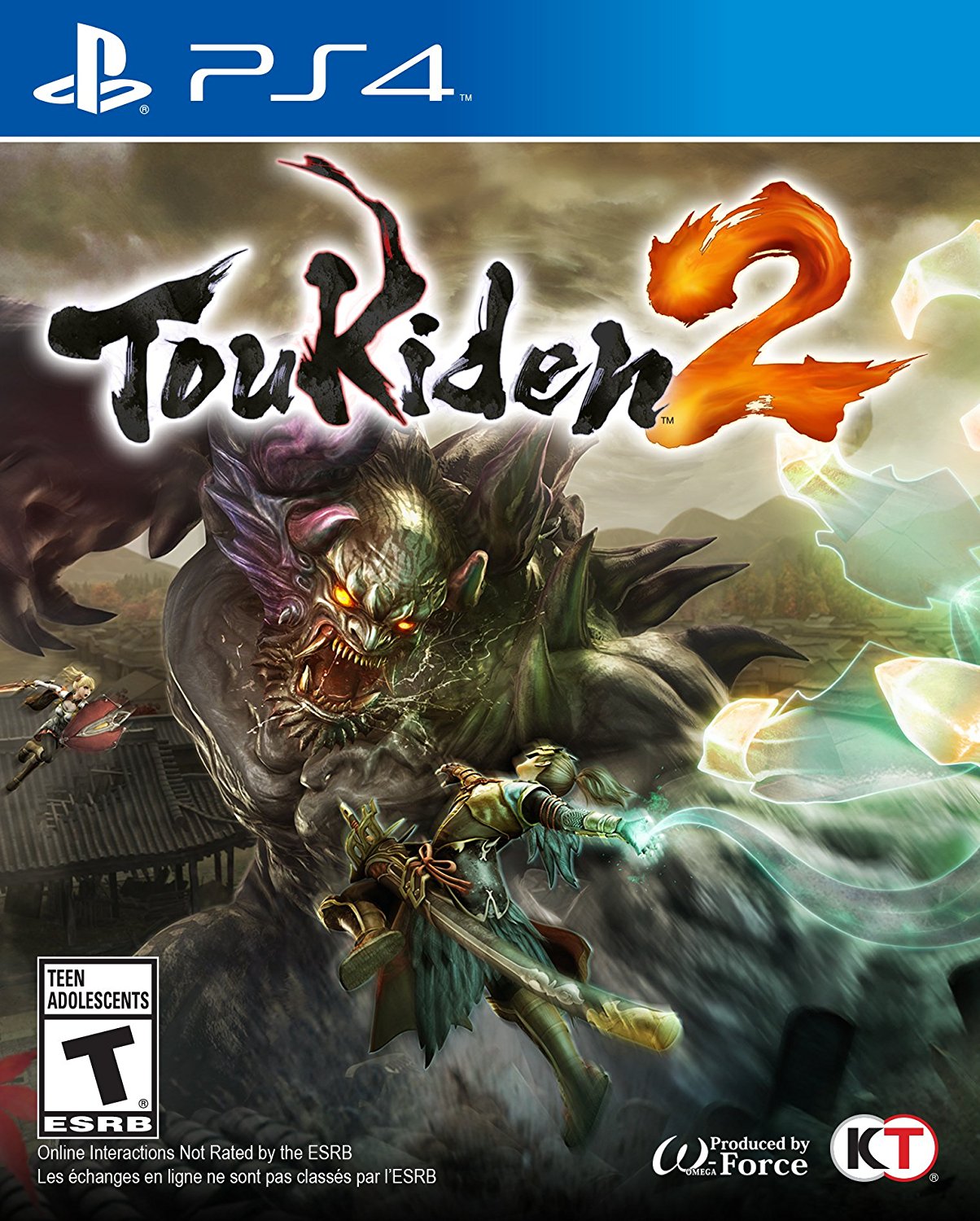 When the original Toukiden was released it was quite obvious what the influences for the game were and Koei Tecmo’s Omega Force managed to put a unique enough spin on that influential formula that when an enhanced version, Toukiden: Kiwami, was released it seemed like they had managed to nail down a comfortable setting that players could enjoy. Now a couple years later a sequel has been released with a handful of changes, but the question is, does Toukiden 2 hold up with these modifications?

The battle between the Slayers and the Oni covering the land continues and players are immediately thrust into this battle by defending the Yokohama port from these Oni. With the Slayers being pushed to the brink the player character manages to find themselves transported to a strange forest and only with the help of a strange mechanical partner and a highly intelligent woman do they manage to survive. 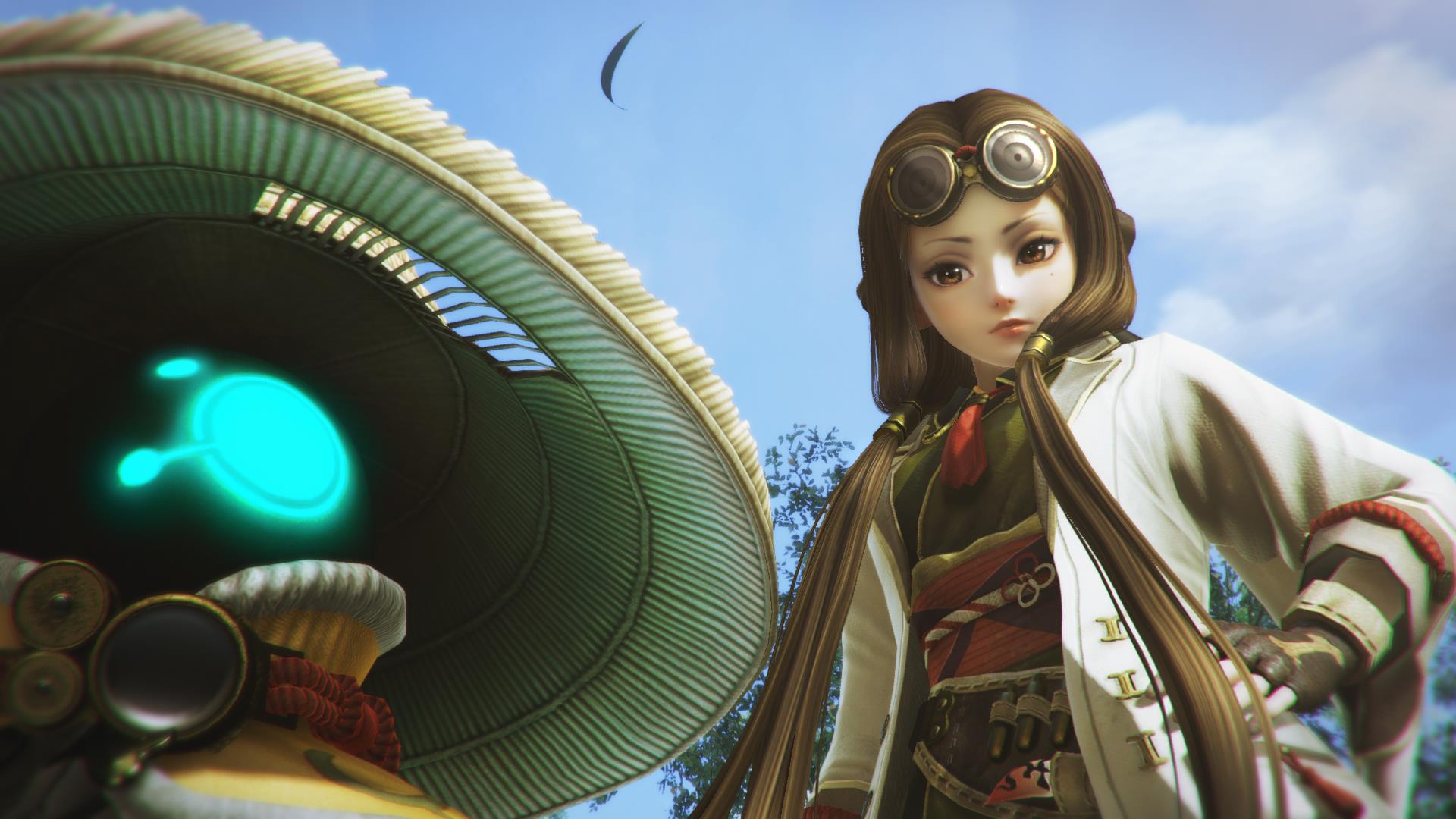 Unfortunately for the player character, the battle at Yokohama was a losing one and ten years have passed since that turn in the battle and now the Oni have destroyed large portions of the world during “The Awakening.” Although the professor and her mechanical partner are more than willing to help the player travel to the nearby Mahoroba village it doesn’t take long to realize that the player is suffering from amnesia that has left them with no knowledge of the events before the battle took place.

As a warrior out of time and place, there is a strange curse being influenced by the Oni, who are capable of such a feat, that means that the player may end up being transported through time once again and the only way to avoid this fate is to join with the battle against the Oni once again while trying to recover your memories while also strengthening your connection to the current time frame by forming bonds with the various characters that the player is introduced to throughout the story, while also dealing with the power struggle between the two factions that control Mahoroba village, the Samurai and the Town Guards. 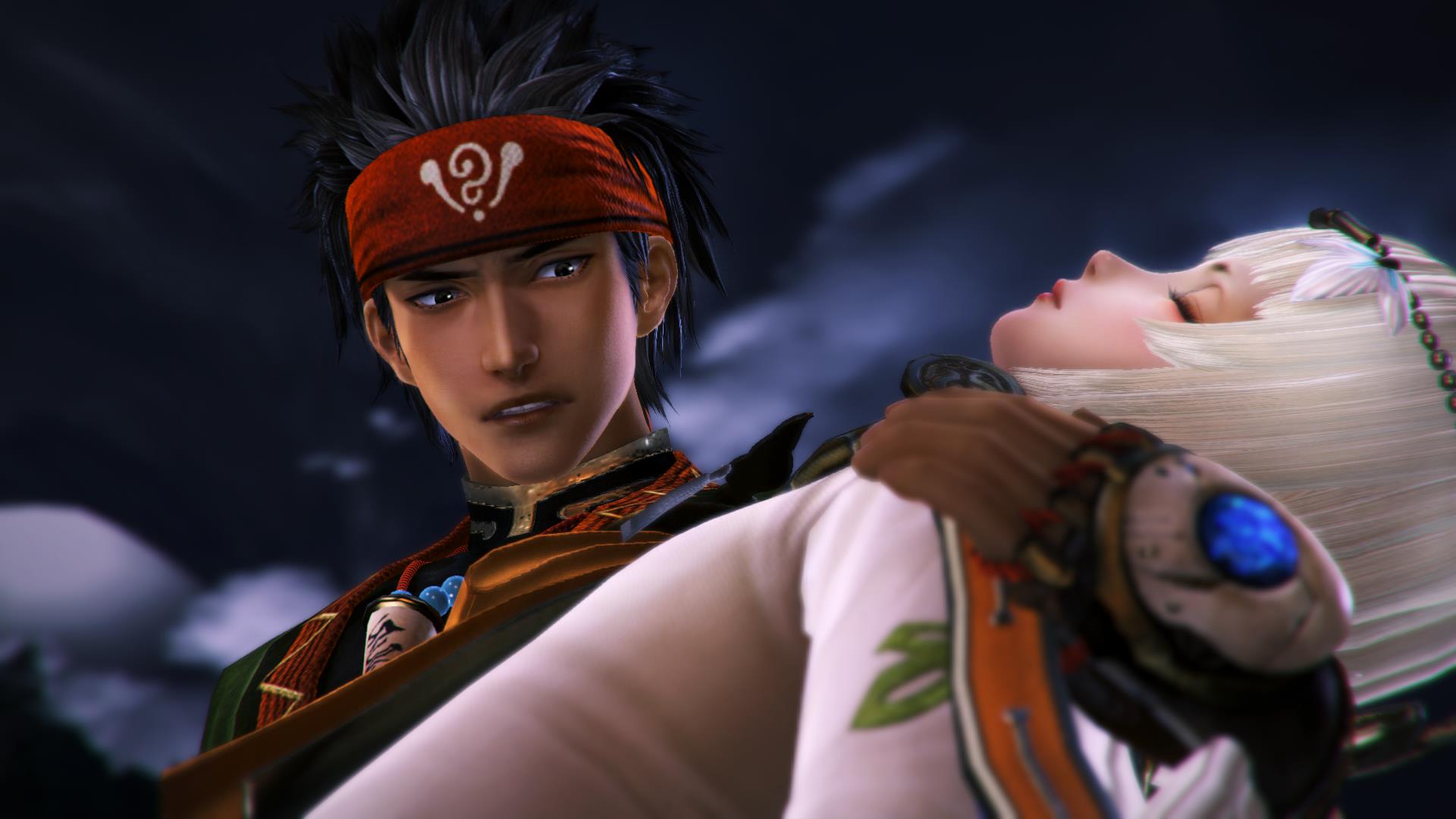 Toukiden 2’s storyline is something of a mixed bag as the core story does trip itself up more than a few times and often can feel rather generic but the cast of characters that you end up spending time with are a delightfully interesting bunch that you’ll be happy to learn more about while slaying the Oni in this now open world title.

One of the first things you’ll end up noticing in Toukiden 2 is the fact that the game has changed from being one where players are sent off into stages into one that features an open world where they can walk right out of the fairly sizable base that is Mahoroba village into the field and encounter Oni without any real break in the action. The main village is even more expansive than before as players will find a shrine, laboratory, and more to explore though many of the residents are simply there as filler. 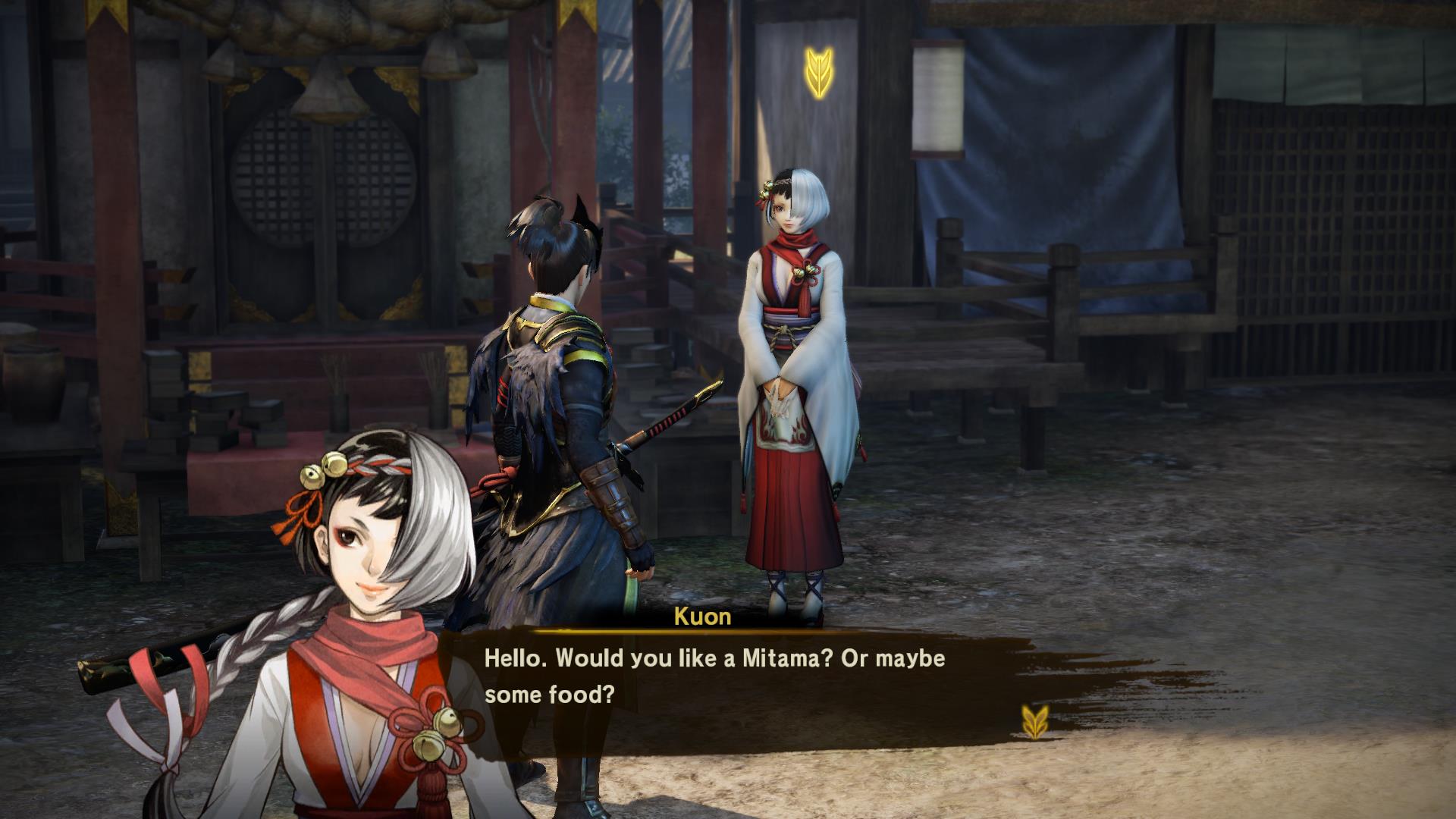 Fans of the series will immediately feel right at home when it comes to the battle system in Toukiden 2 as the company knew that they already had managed to develop a satisfying system though they also have added a number of new mechanics as well. Players will find that there are now new weapon types such as the chain whip and sword and shield to use alongside all of the previous returning weapon types to take down the various Oni that roam the open world.

As you travel the field you’ll often have three party members with you and their combat AI is quite intelligent with players given some small control over them by giving them certain directives such as focusing on attack, aid, and more. Alongside the aforementioned weapon availability players will find that the Mitama, that are all figures taken from Japanese history as well as legend, have returned and can be equipped to provide various bonuses and skills with new bonuses now being available depending on how long certain ones are equipped and even whether certain historical figures might have actually interacted with one another. 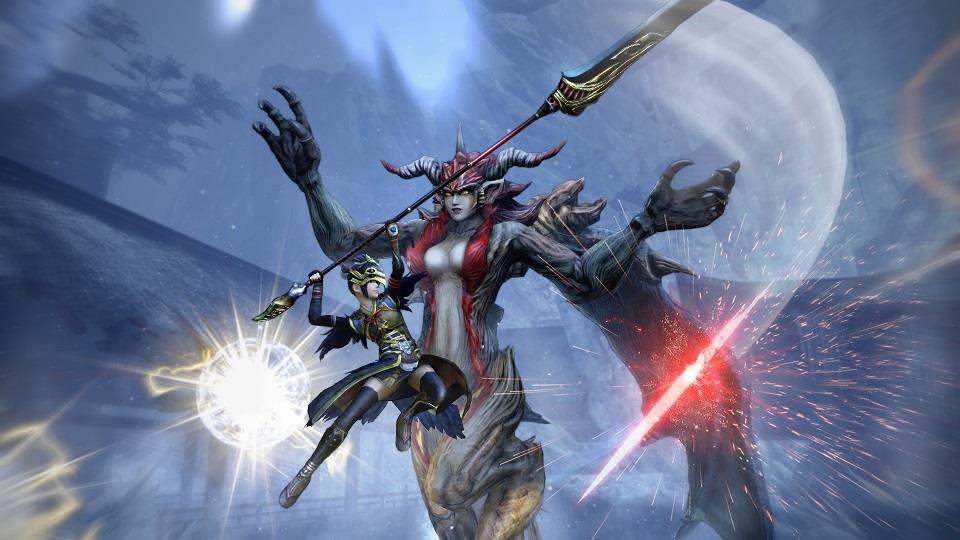 Combat remains as fluid as before and the Oni you battle against have been expanded as well. While there are still smaller Oni to fight against as well as the large Oni that require team work and purification rituals that are needed to prevent limbs from regenerating to take down, there are now medium Oni as well that serve as a much needed in-between in difficulty and help make certain encounters feel a bit more varied. It is worth noting that one element that helps make Toukiden 2‘s combat system so fluid is not only the refined combat styles that vary with every weapon type but also the new Demon Hand.

This Demon Hand serves as something of a grappling hook as players can target various elements in the world and pull themselves to it but in combat it becomes a different thing entirely. Players can target and often immediately eliminate smaller Oni by smashing them and when certain meters are filled up, it is even possible to completely rip off a limb from a large Oni without even having to worry about performing the aforementioned purification ceremony to prevent it from regenerating. Battling these large creatures was always a delight but with this new feature players will not only have a new tool added into their arsenal but a speedier way to move around in combat. 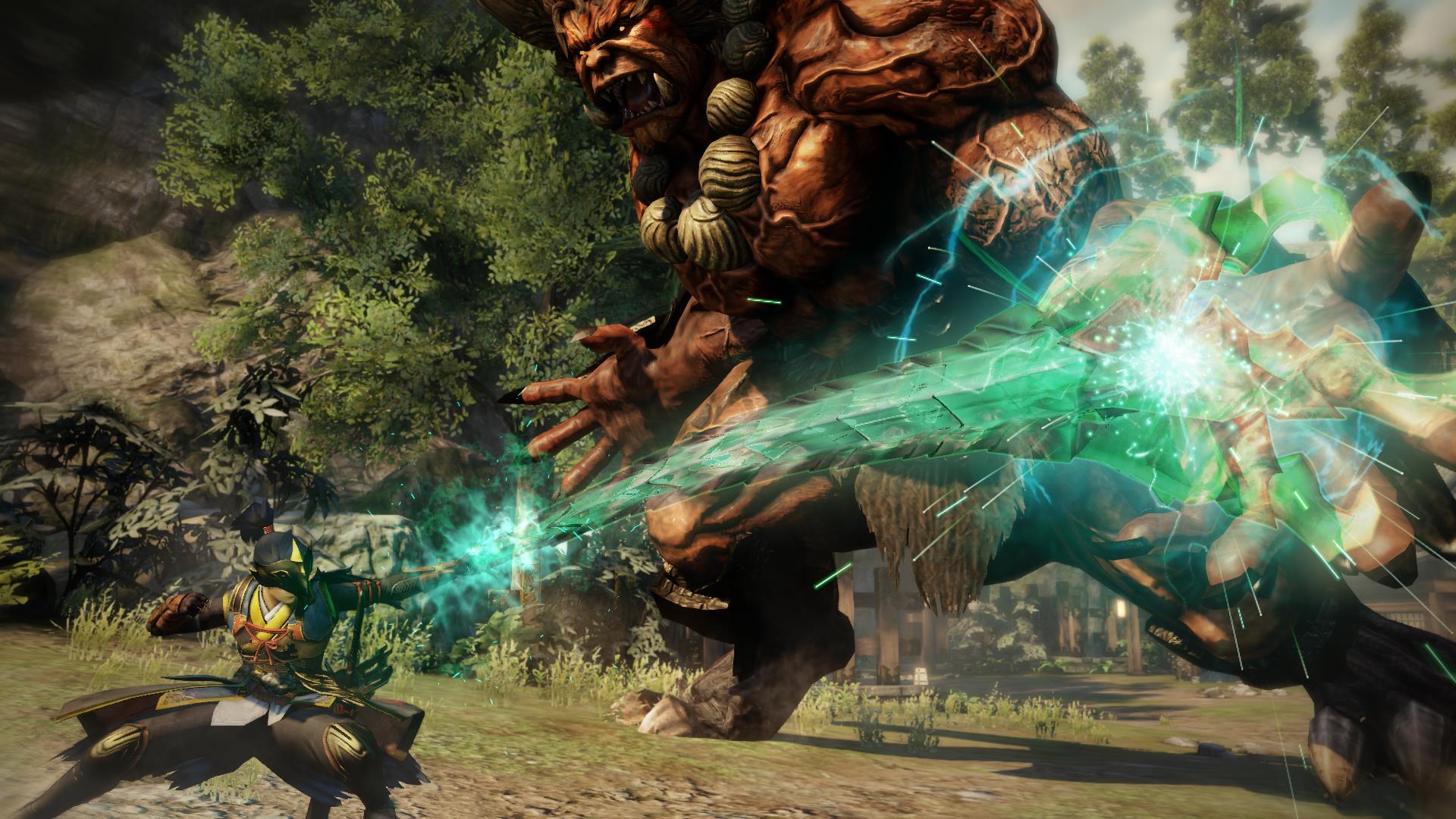 Although combat is a major highlight and thankfully the player character moves at a brisk pace in the open world, Toukiden 2 is unfortunately a bit lacking in actual open world content. While there are plenty of side-quests to accept, these almost always simply involve gathering items, slaying certain Oni, or destroying miasma spewing elements and while there are fun elements such as messing with the machine that can gather resources for you or raising Tenko, much of this feels like busy work and while these various customization options do extend the various options available to the player, they feel rather lackluster.

Despite having an open world infrastructure with very little load times in certain areas of the game, Toukiden 2 is unfortunately not a great looking game when it comes to the world you’ll be traveling through. Many of the textures are rather bland looking and while there are a number of areas that can be impressive looking the majority of the areas will look disappointing. Thankfully the character designs and the looks of the Oni you’ll be battling against. The variety of armor that players will be able to equip and the distinct combat styles for each of the weapon types are a major delight and the artwork for the Mitama and other character illustrations is truly wonderful. 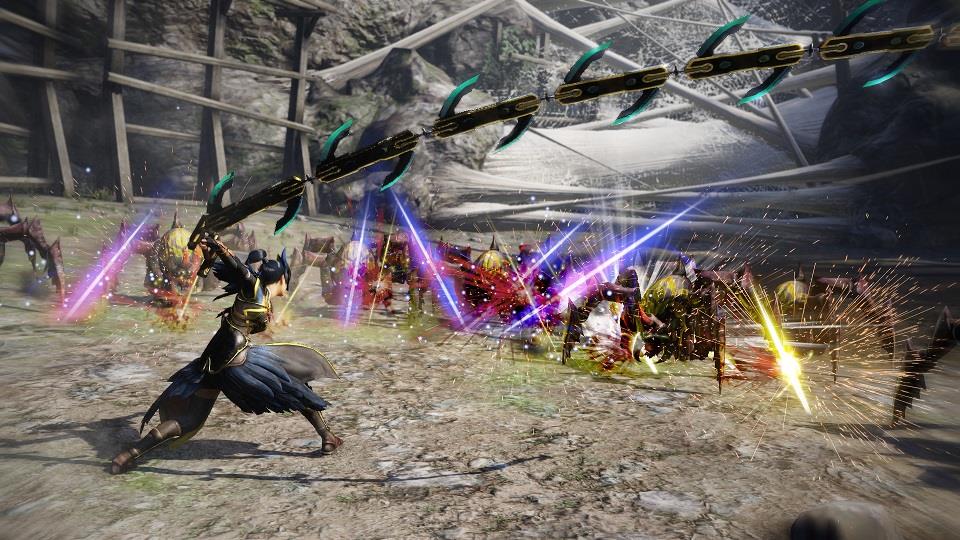 It is worth noting that Koei Tecmo has chosen to release this game in the West with only the Japanese voice track accompanied by English subtitles. This is a fairly fitting choice as there is a heavy Japanese aesthetic to the game’s overall design and the translation is handled well, though there are some minor areas that aren’t given subtitles such as party dialogue in the open world where things end up a bit disappointing. The soundtrack for the title is quite good as players will be able to enjoy a collection of tracks that range from soft music while exploring towns to more intense tunes while fighting the Oni.

Toukiden 2 takes the already intriguing world that was found in the original games and opens it up in an exciting manner that is a bit lacking in extra material. Though the storyline may not always be at its best, the characters shine and whenever you enter battle against the Oni you’ll enjoy a highly refined combat system that is faster and more varied than before. There is still a grind and plenty of customization options that can often feel like busy work but with such refined combat mechanics even these repetitive acts can be delightful, something that can be rare to find in a series’ first open world entry.

Toukiden 2 may still be a bit repetitive and falter in certain story elements but features a highly refined and fast paced combat system that will be a delight to anyone looking for a hunting game.
9