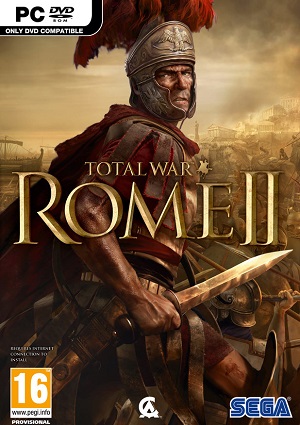 Overview
The Total War franchise has been delivering solid historical strategy games since the original Shogun: Total War was released back in 2000. Epic historical campaigns have been fought from feudal Japan to the Medieval period to the times of the Industrial Revolution and Napoleon’s Battle of Waterloo. One of, if not the, most popular games in the franchise gave players control of Rome, the nation that formed the cornerstone of how society operates today.

With several games in the franchise getting sequels, fans have been clamoring for a return to Italy. How does the newest entry in the Total War franchise stand up? Is it a victory for the Empire or a dark stain on the name? Let’s find out. 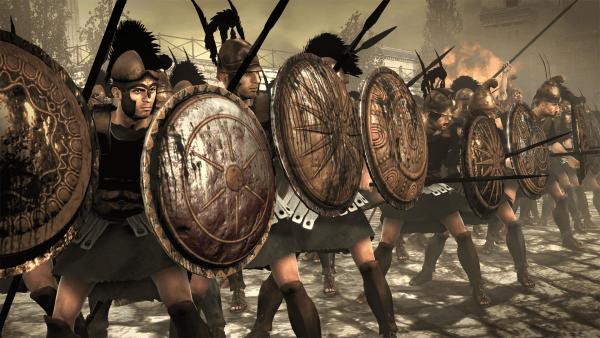 Gameplay
The Total War games have been around long enough now that most fans of the strategy genre have probably had at least a little exposure to their playstyle. Even so, Rome II brings some new things to the series while keeping everything manageable for the novices and newcomers alike.

For the folks that are completely new to the franchise, Rome II has multiple ways you can go about playing it. In truth, it can behave as both a real-time strategy game such as Starcraft or as a turn-based world conquering game like Civilization V. Fans who want the overall experience can choose to enjoy both sides of the game together. 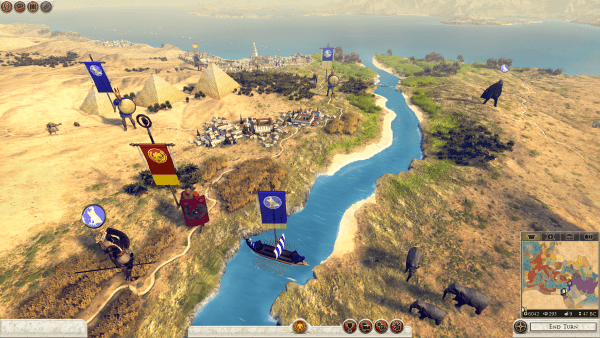 If you want the entire gamut of what Rome II has to offer the player, you’ll want to start a campaign. When you do, you’ll choose from one of eight playable factions: Roman Republic, Carthage, Macedon, Egypt, and more, with the potential of more as DLC or expansion factions in the future. Each has its own unique play styles, rival factions, political intrigues, military struggles, and more that will provide tension both from outside as well as within. This provides players with a great variety in what they can experience from one faction to the next.

Each turn, players will have to manage every aspect of running their empire. This includes everything from ordering the construction of buildings in each city to researching new technologies that benefit both the military and civilian sectors of society. You’ll also have to go back and forth with the rulers of other nations to handle war declarations and peace treaties, raise and reinforce your armies, and more. It can grow to feel a bit overwhelming at times, but you set the pace of the campaign so you never feel rushed to move on. 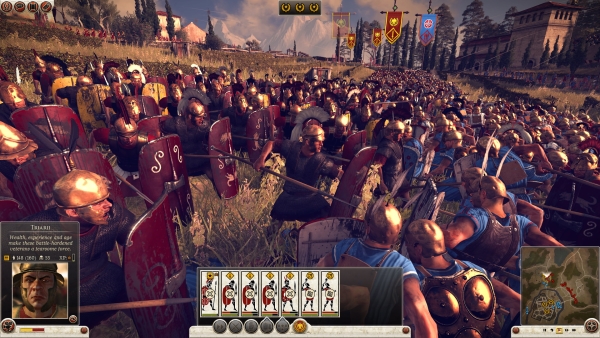 In Rome II, managing your army alone is a substantial undertaking. You’ll have to choose someone to lead each army. Do they belong to a house you’re rivals with or will they serve your interests? How much prowess do they have as a troop commander? What traits do they exhibit? Once you’ve chosen the force’s leader, you’ll be able to begin recruiting different troops to bolster your ranks. You can then choose how to place them in the world. Are they attacking? Defending a mountain pass? Will they set up a defensive position or plan to ambush your enemies on the road? There’s a tremendous amount of work that goes into putting your forces together, but seeing all of the planning and hard work pay off grants a wonderful sense of satisfaction and accomplishment that ensures you’ll want to keep track of every squad.

Arguably one of the most important aspects of any strategy game is the combat. Rome II delivers on this in spades. It’s quickly clear that the development team has gone to great lengths to make combat as intense and tactical as possible. Before battle, you can arrange your squads in whatever formation you see fit. Assigning squads to hotkey groups (as is standard practice for real-time strategy games) allows for quick access in the heat of combat. You have to be careful how you group and order your troops, though. Mixing foot soldiers with mounted units could lead to disaster if you aren’t paying attention. 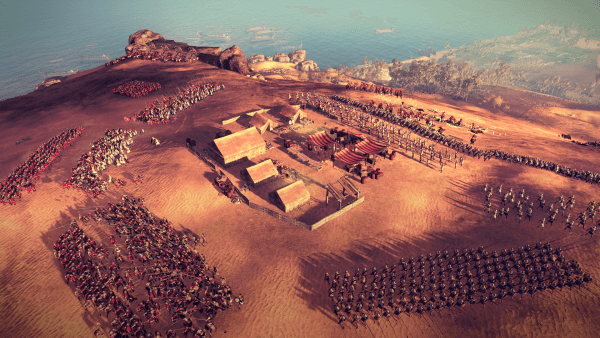 Each unit has its  own strengths, purposes, and viable tactics. For example, horseback units are great at running down enemies on foot, so you could place them at the top of a hill, out of the foe’s line of sight. This would allow you to bring them in behind to flank the unsuspecting army charging the hill. This is just one example of how proper planning and thought can bring swift victory or crushing defeat. It really gives you the sense that you’re there in the third century, racking your brain to decide the most effective path to victory.

Veterans of the series will notice several improvements to the combat in Rome II. An updated “true line-of-sight” mechanic utilizes terrain to block line of sight, allowing you to more effectively maneuver and flank your enemies. Naval combat can now take place alongside land battles, and the combat is more varied and dynamic, giving you better control of your vessels and the troops that man them. One of the most significant changes, though, is the fact that individual troops have their own health and can be attacked by multiple units at once. It makes the combat feel realistic and, by virtue of nature, more entertaining. 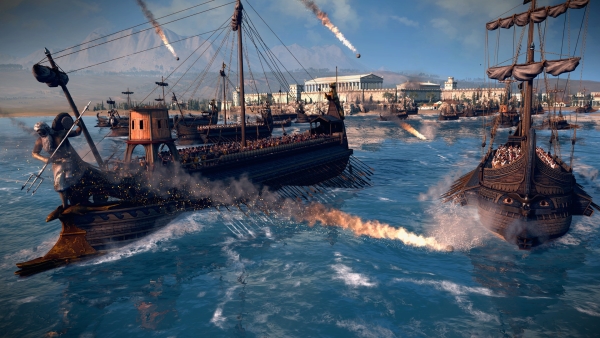 One of the most disappointing aspects of Rome II is the vast array of bugs and other issues being reported. Even though my machine easily met all of the recommended specs, I had to spend a considerable amount of time tweaking my graphic options to get a consistent frame rate. The forums are also rife with folks experiencing AI and networking problems. It’s worth noting, though, that the development team is taking an aggressive stance with patch development, working to correct the issues so many are experiencing.

Visuals & Audio
Rome II is a fantastic looking game. The sheer scale of combat alone will leave you picking your jaw up off the floor. For the machines that can handle beefing up the settings, a truly beautiful game is there to enjoy. Even if you can’t ramp up the visual settings, the game is impressive to see. The variety of units, ships, and locations is staggering, constantly giving you something new and interesting. The intuitive UI and camera control are also great, letting you take in the whole battle or zoom in to see a single troop’s perspective on the fly. 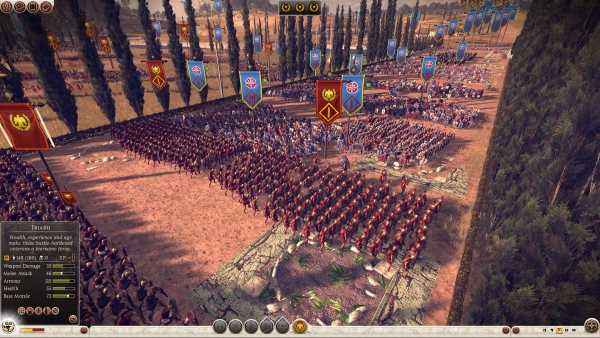 Rome II has solid audio design. It works to deliver an immersive experience, bringing you into the setting with epic music tracks, clashing of swords, shouts of battle, and more.

Overall
Overall, Total War: Rome II is a great game. The gameplay offers a great variety of both real-time and turn-based options. The combat is immersive and intensely tactical while the campaign offers you the chance for something totally different yet equally as strategic. The game also looks great and sounds good. There is a lot here for fans of both the franchise and genre. All of the bugs in the game right now hamper the experience, but once they’re squashed Rome II will keep would-be Caesars conquest for years to come.