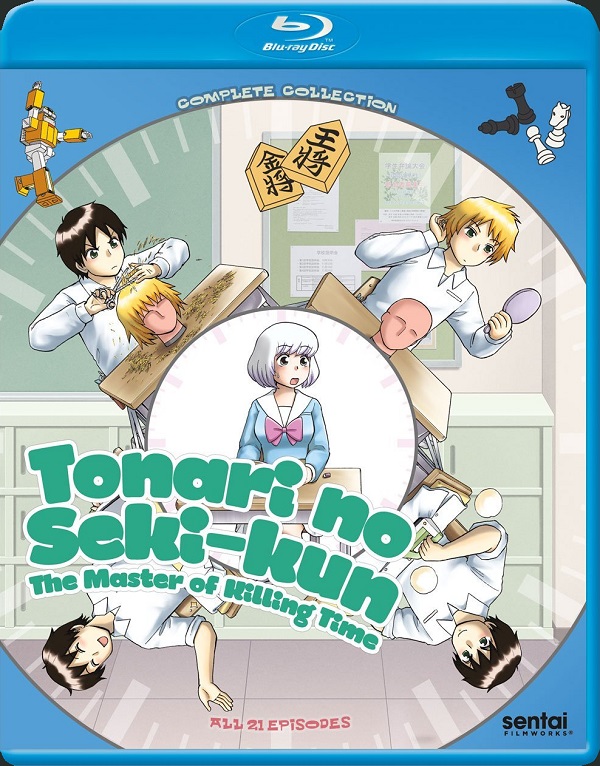 Everyone has had moments in class where they were either incredibly bored or completely disinterested with what they were meant to be learning. While cellphones are a general “go to” now for some discreet entertainment, many of us found other ways to mess around and entertain ourselves when we probably should have been paying attention. That happens to be exactly what Tonari no Seki-kun: The Master of Killing Time is focused on and now that the series of shorts has been released in the West, is it as entertaining as one would hope?

In a standard anime series, the seat in the far back of class is generally reserved for the main character since it generally allows for the animators to avoid having to draw the entire class. Rarely is it done simply because the best place to mess around under a teacher’s nose is way in the back. The two students who have found themselves in this position happen to be Rumi Yokoi who tries her best to still keep up with class to and Toshinari Seki, a boy that does absolutely anything he can except pay attention. 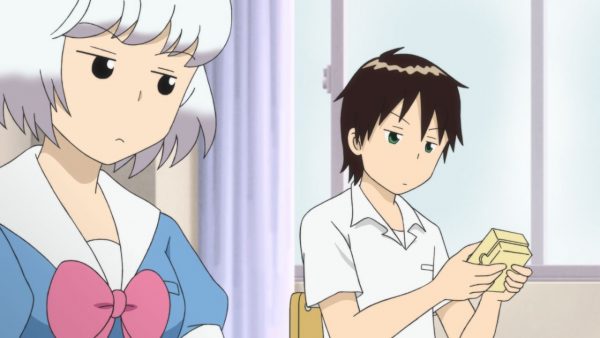 There is no real overarching storyline in Tonari no Seki-kun: The Master of Killing Time, though there are a few running gags that rise up over the course of the twenty one roughly six minute long episodes. Instead we are presented with Yokoi who genuinely wants to pay attention in class but is almost always being distracted by the strange things that Seki ends up doing. While the majority of his messing around takes place in a standard class room, he isn’t afraid to slack off in the science room, at gym, or even during a disaster drill.

Although Yokoi generally ends up missing out on things thanks to Seki’s distractions, she never really tries to get him in trouble and is often impressed at the sheer scale of the things he manages to build or the creativity that goes into some of his creations. These jokes run the range of setting up an elaborate domino course made out of erasers, posing a robotic family, crafting elaborate stories out of shogi tiles, or simply trying to polish everything in reach to a mirror finish. Despite some of his antics appearing nearly impossible to get away with, this only helps make the comedic value even better. 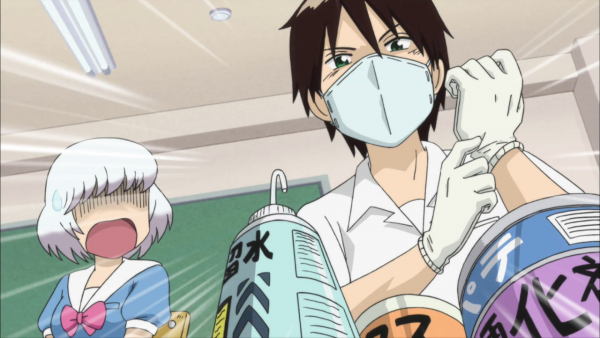 This element pays off incredibly well thanks to the fact that every episode keeps itself nice and short. Even the small hint of a romantic connection is simply a misunderstanding from a classmate who only sees the fact that Yokoi often is seen looking at Seki, not because Seki is always messing around. By avoiding any extra fluff outside of the comedic build-up for every episode we have a series that remains very funny without dragging anything extra into the mix.

That being said, Tonari no Seki-kun: The Master of Killing Time is not the kind of series you will want to sit down and watch in a marathon. Seki’s creations and Yokoi as she reacts and even interferes at times with what he is doing helps establish this series as one with some incredible legs but also one that is a bit lacking in variety. As mentioned before, rarely does the anime move outside the standard classroom and when it does it serves as a breath of fresh air and while the concept may have you laughing more often than not, there are a few episodes that lack that comedic impact and this appeared to become more of an issue as the series progressed. 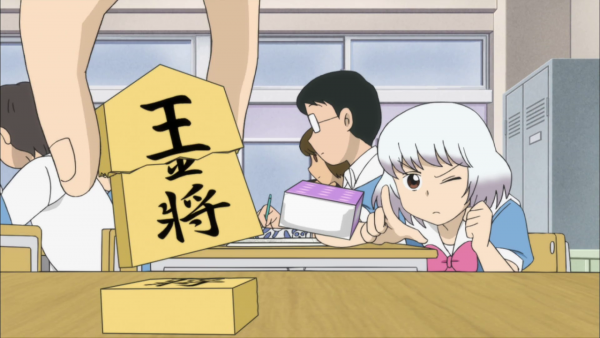 Herein lies the issue with Tonari no Seki-kun: The Master of Killing Time. When the comedy works, it is at its best but thanks to the fact that it doesn’t spend any extra time building up characters in any real way, when a joke falls flat then it simply feels like a waste. Thankfully with twenty one episodes to work with, viewers will find themselves with more than enough content here to enjoy, but it is probably best enjoyed in small clumps rather than all at once.

Animated by Shin-Ei Animation, Tonari no Seki-kun: The Master of Killing Time thrives on its visual styling. Even though the character designs are fairly simple, a fair share of the comedy in this series comes from the way Seki and Yokoi’s faces are portrayed as Seki works on his little projects and thankfully the company has managed to nail these expressions perfectly. Whether it is a deadpan look from Seki after Yokoi messes with his work or Yokoi reacting wildly to the confusing twists that Seki often throws into his creations, it comes off incredibly well here. 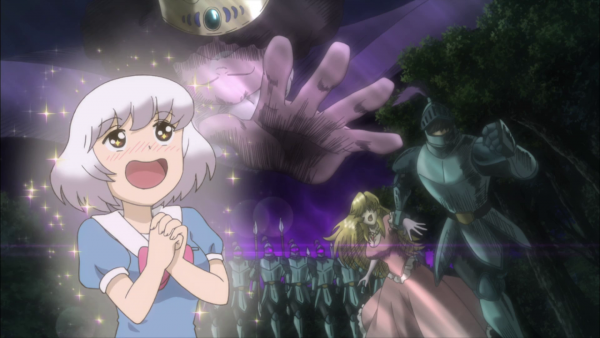 As mentioned before, the series rarely shifts focus outside of the classroom so viewers will be more than prepared for some rather simplistic background work here and there but this works well enough since this allows for more focus to be spent in providing extra details to the objects that Seki is using.

The simpler focus from the animation stand point continues into the voice work as well. The primary speaking role in this series is Yokoi as she narrates everything that is going on and outside of the teacher speaking occasionally or another classmate popping up, she tends to be the only voice in an episode. This puts a lot of weight on her voice actress, Monica Rial in the English dub and Kana Hanazawa in the Japanese track, to carry the comedy and no matter which dub you choose, these voice actresses do a great job here though Hanazawa’s surprised Yokoi does feel a bit more fitting. 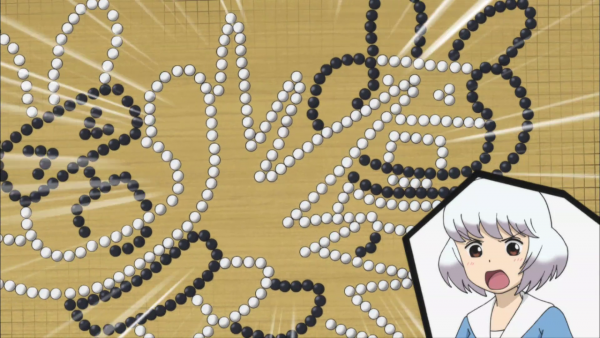 There is a small collection of fairly fitting but unremarkable background music that plays throughout the series and thanks to the short nature of each episode, the opening and ending themes are only forty seconds a piece. The opening theme is “Meiwaku Spectacle” and is performed by the Japanese voice actress for Yokoi while the ending theme is “Set Them Free” by Akira Jimbo.

This release of Tonari no Seki-kun: The Master of Killing Time includes multiple clean versions of the opening theme, a clean version of the ending theme, and trailers for other Sentai Filmworks releases.

Tonari no Seki-kun: The Master of Killing Time can be rather surprising at times with how it manages to take simplistic distractions and manage to produce hilarious results thanks to some well-crafted animation and dialogue from Yokoi. It may have a certain style of visual humor that may not be for everyone but it works incredibly well for fans of that style and although it may lose some of its luster if watched all at once, this is the perfect show to watch in small bursts for some great laughs.
Capsule Computers review guidelines can be found here.