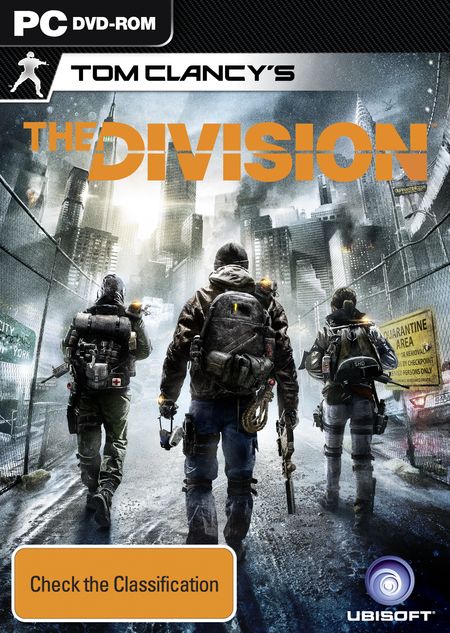 Tom Clancy’s The Division is finally out. After more than two years of delays, Ubisoft Massive’s shoot ‘n loot sandbox game is out. The game is set in New York City after a weaponized smallpox virus is unleashed on the city during Black Friday. The agents of The Division are activated by presidential order to help stabilize New York City and bring back government order to the streets. 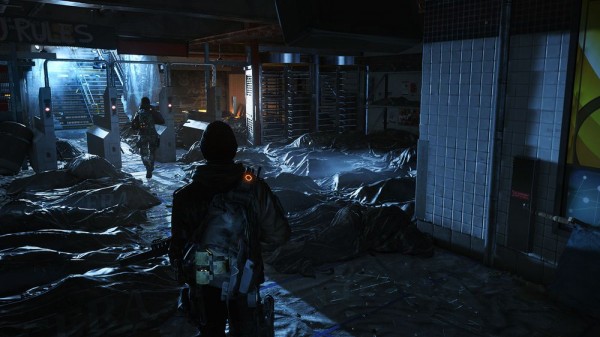 This isn’t the New York City Christmas people dream about seeing. After the weaponized smallpox virus ravages the city during the holiday season, the city is in ruins. The dead are piled up on the street, the city is in quarantine, the government has no control, and rogue factions are roaming the city. The remaining police, National Guard, and medical teams have formed the Joint Task Force in hopes of restoring order, but the JTF and along with the first wave of activated Division agents have been battered. Players take on the role of a Division agent that is activated as part of the second wave, tasked restoring government services and investigating the cause of the outbreak.

The story is pretty entertaining and definitely feels like it would have come out of a Tom Clancy novel. The writing is excellent. The cast of characters are entertaining and it feels like a lot of work went into creating a city that feels full of individuals with their own stories. The collectibles go a long way in reminding players that there were a lot of normal people caught in bad situations. 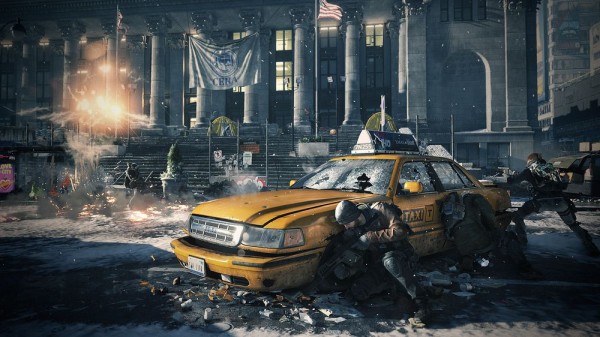 Tom Clancy’s The Division is a third person cover shooter with heavy RPG elements. As the player rebuilds the JTF Headquarters, they gain access to new abilities to improve themselves. Skills are active abilities players can trigger to give them the edge in combat, these have modifiers that can eventually be unlocked to add extra bonus abilities to the skill. Talents provide an extra passive bonus for skills. Perks are permanent bonus that are a little more utilitarian in nature. Once a perk is unlocked, it is always active, unlike talents which only allow a few to be active at one time. Although the game allows for multiple characters to be made, one character can be respecced easily and quickly, which makes having multiple characters a matter of convenience rather than necessity to experience all of the game’s roles.

The game’s gunplay is probably the least realistic any Tom Clancy game, as everything is tied to individual weapon stats. The recoil is pretty severe, encouraging players to fire short bursts on the assault rifle or selecting a more controllable weapon. Even with level appropriate weapons, things take a good four to five rounds to deal fatal damage. Both the player and the enemy can soak about the same number of rounds, meaning staying out in the open is a quick ticket to a dirt nap. To survive, everyone ducks from cover to cover, popping out to unleash a barrage of bullets before ducking back into safety. What really tips the battle in favour of the players are the agent skills, these range from the commonly used skills that can give players a quick leg up to the devastating signature skills that can even turn the tides in a PVP battle. 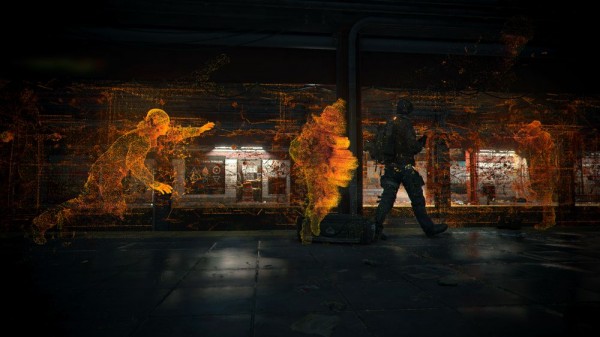 The game is split into two major areas. Most of Manhattan is a PVE instance that will only hold the player and their immediate party members. Here, the standard RPG buffet of side quests are scattered across the city. The main missions are in the form of short dungeons that push the story forward. The missions are all pretty standard shooter fare, and I’m quite pleased to see the “Kill X number of enemies” mission is not present in the game. Besides dropped and scavenged loot, gear can be purchased from the vendor or crafted by the player. The crafting system is extremely simple, but it provides a good alternative to the PVP Dark Zone for loot. 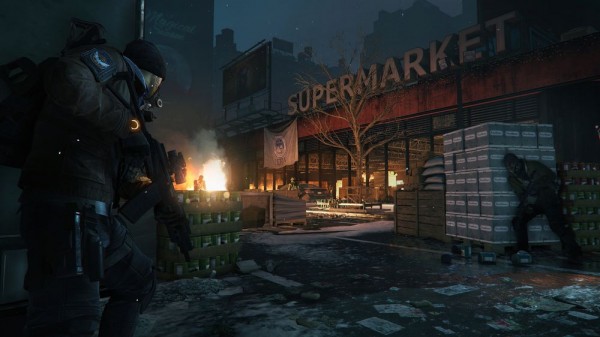 The Dark Zone is a free for all area where the PVP happens. The experience and currency here is completely separate from the rest of Manhattan, though players are organized into level brackets for fairness sake. Enemies are tougher in the Dark Zone, but the rewards are definitely better. The only problem is that everything that drops in the Dark Zone needs to be decontaminated, forcing players to gather at extraction zones where helicopters will extract and decontaminate up to four players worth of loot at a time. This of course becomes a major battle zone where players go rogue and attack fellow players in hopes of stealing their loot. Dying in the Dark Zone incurs a credit and XP penalty, with greater penalties for dying as a rogue. Of course, if the player survives the rogue timer, they get bonuses too. All in all, I found the risk and reward of entering the Dark Zone and going rogue to be pretty well balanced. It isn’t the friendliest place for solo players, but the constant fear is part of the area’s charm.

The controls are excellent. The default controls are intuitive and work well. If you don’t like the defaults, the amount of customization available will almost guarantee some configuration that you will like. The only thing that is missing is the ability to toggle Aim Down Sight mode, which is strangely missing from the game.

Ubisoft Massive has done an amazing job recreating New York City in Tom Clancy’s The Division. Every detail has been considered, even down to the believable, but fake advertisement that dot the city’s bus shelters. There is a ton of customization options. Players can essentially play Barbie with their characters with the amount of weapon camouflage and character clothing option if they so desire. Mix the attention to detail with the gorgeous graphics of the new Snowdrop engine and you have probably the closest thing to New York City without actually being there. 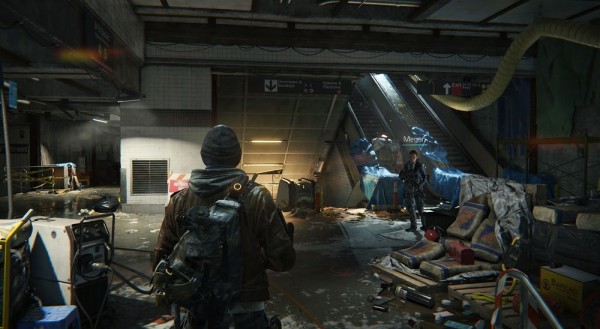 Tom Clancy’s The Division delivers an excellent audio experience. The sound effects are stellar and the soundtrack is a joy. The voice acting is excellent, as expected from an AAA title. The only problem is that the number of lines is a little lacking for some of the NPCs, with the same lines being uttered within 10 or 20 second timeframe at times. It seems like the game has a little problem deciding what line is appropriate to trigger in game, as often times agents will sprint past civilians and that will panic as if agun was trained on them or JTF NPCs will call out the wrong faction name. It’s a minor annoyance, but its one that does break the game’s immersion a bit. 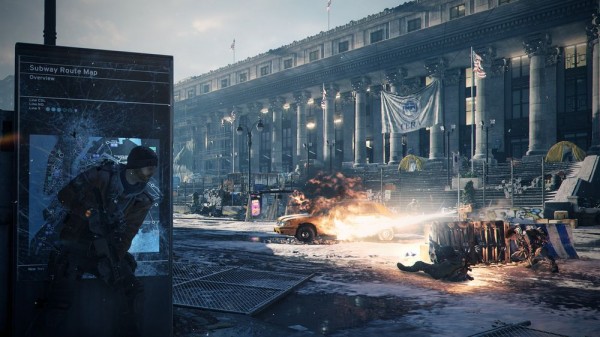 Tom Clancy’s The Division was worth the delays. The gameplay is insanely fun. It hits the right balance of addictive loot grind and good old tactical gunplay to keep me playing for hours on end. The Dark Zone PVP areas are tense and an absolute blast to play, especially with friends. New York City has been meticulously recreated in the digital world and the game is gorgeous. Tom Clancy’s The Division is possibly the best new IP Ubisoft has put out in recent memory.

Tom Clancy's The Division is an addictive shoot and loot with an incredibly tense PVP endgame.
9