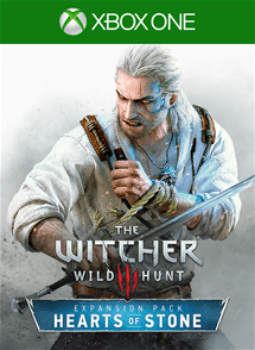 It seems like only yesterday that I picked up my controller, jumped into the lands of Velen, Whiterun and Novigrad as the Witcher Geralt and set off on my quest to save a long lost lover, rescue a wayward ward and slay tonnes of monsters. Well now that the lover has ben found and the ward has been rescued, it is time to step again into the rich world of The Witcher with the brand new expansion – Hearts of Stone. 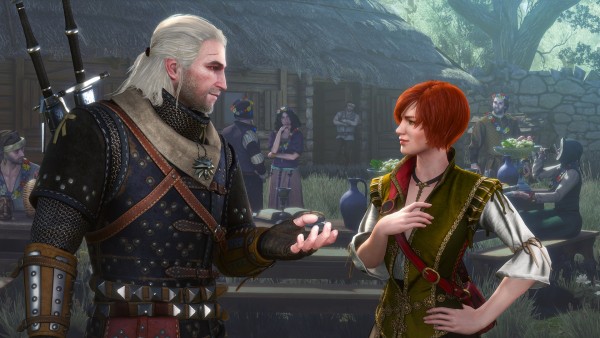 Back when I wrote my review for The Witcher 3: Wild Hunt, I commented that the game (and the series overall) is so rich in narrative and lore that even if you strip out the gameplay elements, you still have one hell of an enjoyable story. Hearts of Stone definitely keeps this trend going, and over its almost too brief 10 or so hour campaign you will find a whole new cast of characters (including some from previous Witcher series media), new dialogue options to choose between and
even a few laughs along the way. I will admit that the narrative depth shown in Hearts of Stone is beyond what you would normally get in a typical DLC pack for a modern game, and much much more than I anticipated.

There is so much focus on narrative this time round that there is an entire sequence of events, almost 1.5 hours long that is pure story. For one and a half hours you will chat with townsfolk, watch cut scenes and choose dialogue options with nary a scant of combat to be seen. While a section like this could easily turn out boring or monotonous, the developers have crafted it so well that I was truly engaged the entire time, so much so that I didn’t realise just how much time has passed until I checked my watch afterwards 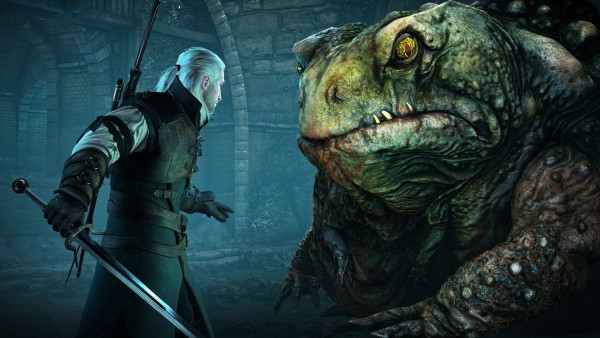 Just because there is a lot of focus on the story side of things. Doesn’t mean that there isn’t a lot of fighting to be done. Hearts of Stone is difficult campaign to play through (the game’s recommended level is 32 which for many players will be around about the level they I’ll reach when encountering the base game’s final boss). Some of the enemy counters found in Hearts of Stone were… Difficult to say the least, some of the, even feeling downright unfair. A fight against a family of weapon brandishing ghosts was particularly frustrating.

Eagled-eye players of The Witcher 3 will have noticed that several areas of the map see,ed a little less populated than others. Well turns out, Hearts of Stone turns those largely empty fields into something more, and this is where you will spend the majority of your time. Adding more quests to the map (and trust me, it adds a LOT more) is nothing to scoff at, and fans of the game will love finding all the new tricks and secret explorable locations.

Now we have to talk about the elephant in the room; the runes. Runes are a new type of buff that can be give. To your gear if you find the runewright. Runes (for your weapons) and Glyphs (for armor) are enchantments that can bestow incredible buffs or change how certain things act in-game, like ,asking all armour act as Medium weight, allowing you to wear heavy armour while still receiving medium armour buffs. These are really cool and bring a lot to the game, but many of the, seem almost overpowered at times. Thankfully they are completely optional and getting access to the stronger runes will cost you over 20,000 orens anyway. 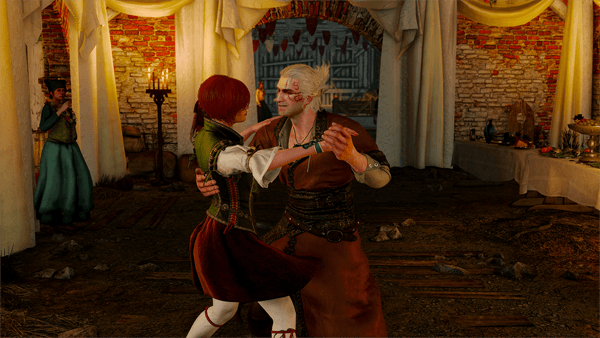 When I played the Witcher 3’s base game, I found it largely devoid of glitches, but sadly the same cannot be said for Hearts of Stone. In my short time with the DLC, I encountered NPCs with missing body parts, extremely slow loading times and an area that needed to buffer every few seconds. These kept occurring even after an additional (rather large) content patch which is a little disappointing. Nothing breaks immersion quicker for me than a conversation with someone who is missing their head and hands.

One thing that CD Projekt Red did for Hearts of Stone that I thought was really, really cool was the fact that it is playable as a stand-alone adventure. If you are just starting out, or your save isn’t at a high enough level to undetake the missions (or heck, you just want to play the DLC on its own) then the game will plop you into the world as a level 32 Geralt and you can go about your self-contained Hearts of Stone story. What really impressed me about this feature is simply the fact that if it wasn’t present, nearly nobody would care anyway but by including it, the developers have shown the amount of care and love they have for their game and it’s players. 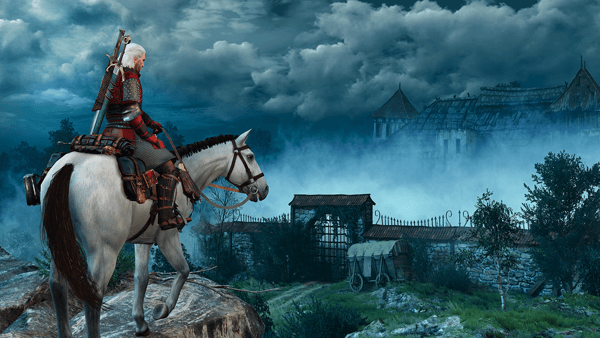 When all is said and done. The Witcher 3: Hearts of Stone brings a lot more of the same to the table. Now I say that in the most positive any possible. Many expansions or DLC chapters out there can feel as though they are completely different in tone and theme to the point where it feels like you are playing a different game, but Hearts of Stone feels like more of The Witcher 3 through and through. Clocking in at a little over 19hours for the campaign (but quite a bit more if you complete all of the side-quests) it is a bit of a short expansion compared to the bad game’s 100 or so hours, but this is a prime example of quality over quantity because I had an absolute ball playing this game again and finding new characters to chat to, new areas to explore and new ways to play. It is a sham that the expansion is so rife with bugs and glitches because it does really tarnish an otherwise incredible experience.