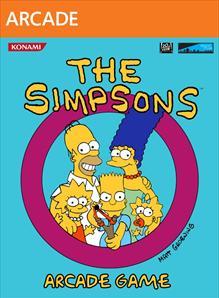 Overview
Even though it may be hard to believe, The Simpsons have dominated the animated scene for nearly 25 years now. Just a short time after taking over Sunday nights, Konami released The Simpsons Arcade Game to gobble up quarters in back in 1991, which quickly became one of the most loved machines of all time. After years of waiting patiently and living on memories, fans of the classic finally can celebrate as Bart, Lisa, Homer and Marge are now back, and ready to bring back the yellow-skinned beat-em up to consoles. 20 years is honestly a long time though, and even with a few new goodies jammed in, one has to wonder if the magic is still there. So what’s the answer? Here is my review for The Simpsons Arcade Game for the Xbox Live Arcade. 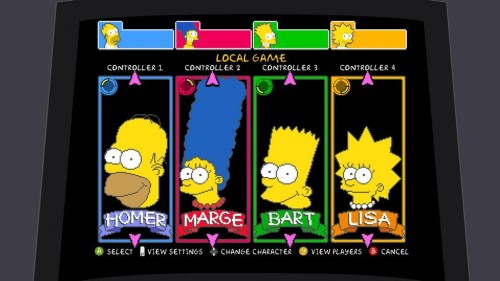 Story
As far as a plot goes, The Simpsons don’t really have a very fulfilling tale to be told in this arcade version. The story starts out with Smithers nabbing a precious jewel for the dastardly Mr. Burns. Just a few seconds later, The Simpson family make a straight-on run-in with the crooks, knocking the diamond into the air and then in the hands of Maggie. Instead of just taking the jewel from the baby, Smithers kidnaps the youngest Simpson and runs off, with Bart, Lisa, Marge, and Homer right on his tail in order to recover their beloved toddler. 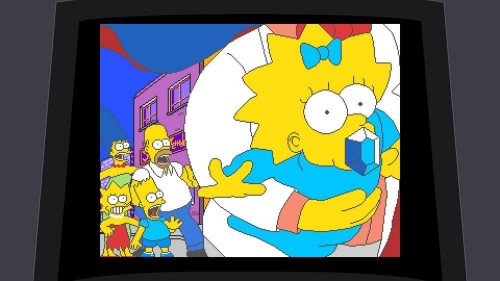 The story is by no means told in the fashion of the television show, as the cutscenes are short and that famous humor is not nearly as present in this adaptation. If you have even followed the series for a short time though, it’s hard not to fall in love with all of the Springfield lore all over again. Along the way to recover Maggie, players will run into many favorite residents such as Nelson, Sideshow Bob, and Moe, all ready to offer a hand if needed with plenty of those famous landmarks in tow. When this game was originally released, it was one of the first few licensed arcade cabinets to provide such a true feel of the franchise it was built from, and that is what makes The Simpson’s Arcade so special to start with. Players got to have a blast together, losing change and drinking cheap slurpees until they popped, and even though the story doesn’t hold it’s age from a narrative standpoint, it’s hard not to feel utter joy while exploring every inch of Moe’s Tavern or being antagonized by angry bears all over again. Sure it doesn’t make sense, but it’s fun.

Gameplay
If you have played TMNT, Final Fight, or any other arcade beat-em up made…well..ever, you should not have any problem hopping right in here and instantly getting a grip on this simplistic control scheme. Players can walk around the level with the control stick, jump by hitting A (which can be combined with attacks for aerial maneuvers), and smack an enemy with the X button. Yep, that’s pretty much it. While this may seem a bit too easy compared to the likes of Castle Crashers, these controls all perform flawlessly and offer up nearly the same feel of the original adaptation. To add in the personality, each Simpson have their own techniques and weaponry to battle the many goons within. For example, Lisa has a jump rope, Marge has a sturdy vacuum, Bart has his legendary skateboard, and Homer has his frantic mauling abilities of destruction. There isn’t a whole lot of variation when it comes to individual attacks, but The Simpsons is a rather short experience anyway, so most are unlikely to be bothered by the many moments of repetition. 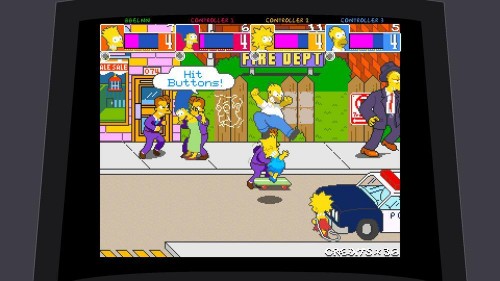 As I mentioned, each level contains one of the famous backdrops from the television show. The main objective is to simply survive until the end of a level, where a boss character then makes an appearance to do battle. The stages themselves don’t offer much interaction, but the goons all sport a range of projectile and melee attacks that you must avoid while defeating every living thing in sight. Most of the time, players will have to clear the area of several clones of the same suited character, but from time to time, a more substantial foe will appear and offer some extra challenge to test your wits. Unfortunately, this is really the only difficulty level offered though as the entire experience is ridiculously easy aside from a few moments of overbearing cheapness. When it comes down to it, the only strategy required to defeat any enemy, boss or not, is to mash your attack button as quickly as possible and wait for them to fall. Again, it’s a matter of preference, but those looking for a deeper romp would be looking in the wrong place with this port. 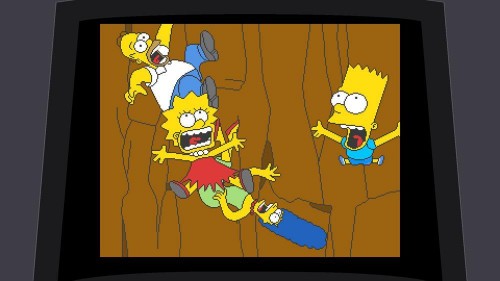 The main game can be beaten within 30 minutes, which is rather short, but thankfully there is plenty of reason to keep returning to Springfield. A complete Japanese rom was included as a bit of an extra, where players can run through the entire game again and see a few new enemies and slightly different dialogue. Those wanting something to test their skills are also in luck, as a survival mode was also included that allows the player to attempt to run through the game with just one life. All of that though is really just gravy compared to The Simpsons Arcade’s most intriguing and “buy-worthy” factor though, with that being the up-to four player online co-op. With team moves and full online support, it has never been better to be a Simpson and with the lack of multiplayer beat-em-ups on the digital scene as of late, this mode feels both refreshing and enjoyable as nothing is better than seeing this family’s four player attack when you are busting through credits with some friends.

Visuals/Audio
How do you really judge a nearly 21-year old arcade port’s graphics? Of course the visuals haven’t quite stood the test of time, but the brightly colored environments are still full of activity and are crafted to please any fan of the television show. Much like MegaMan 9-10, it’s truly that pixelated aesthetic that gives this port it’s flare, and even though there is an option to run smoother looking sprites, I feel it would have been an injustice to do so. If you think about it though, this title really pushed boundaries for it’s time and the smoothness of each animation has remained in-tact, allowing players to enjoy the finer things such as watching a rabid Krusty the Clown air up a balloon or explore the magical world of Dream Land all over again. 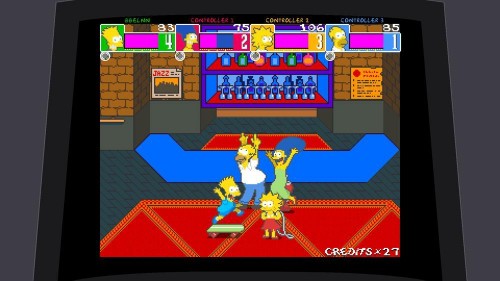 Another worthy mention for this port is the fantastic audio quality. Each character have their own mild voicework, with the actual actors playing the parts of the four main characters. Homer has his famous doh’s, Bart has his quick one liners, and Marge and Lisa…well, they sound like Marge and Lisa, which is really all you could ask for. As far as soundtrack goes, you should expect random and peppy beats that all stay true to the wacky atmosphere of The Simpsons. Each level has it’s own tunes, and each do wonders to make each of these famous arcade-crafted levels feel distinctly different. Sound effects are also notable, with the over-the-top effects playing whenever a player is shocked, hit, or victorious.

Overall
If The Simpsons Arcade was to just come out in 2012, most would find it’s lack of substance or strategy to be very unfulfilling and rather bland overall. The thing is, this port wasn’t made for newcomers. This is a true adaptation of one of the greatest arcade cabinets ever built, and those who remember the simple joys of the past should not even blink when it comes to making a download. Every single element has been ported over to perfection, and all of the extra inclusions offer even more reason to have a ridiculously brilliant trek through Springfield all over again. Konami made a name for themselves by conjuring up masterpieces in the past, and even though the simplistic gameplay here isn’t as gratifying as it used to be, one has to respect the fact that after all these years, us arcade junkies are still being thought of and that this title exists for a whole new generation to enjoy.