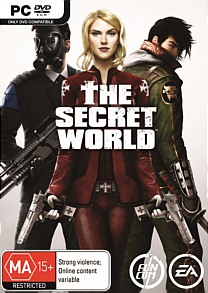 The Secret World is the latest MMORPG offering on the market from EA and is created by FunCom. The game is a supernatural mystery kind of game with a hint of the occult and conspiracy theorism. It blends traditional MMORPG elements with some detective work and a unique leveling system to make a conceptually interesting game.

In The Secret World, players are brought into a secret world that co-exists with the natural world. The game follows the intrigue brought about through folk-lore and other paranormal kinds of mysteries. Whilst this may sound like a fun and unique concept for an MMORPG, the way that the story has been handled in this instance was not so. 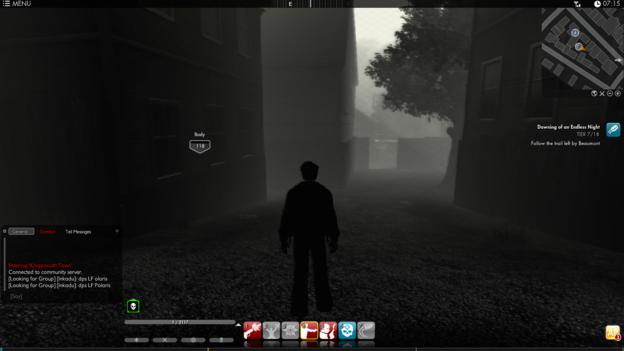 The first problem I want to talk about with The Secret Worlds story is that it is heavily rail-roaded. What I mean by this is that the game practically forces you through various storyline segments should you want to proceed further through the game. To make matters worse, the first 20minutes of the game are of the player being rail-roaded through a massive and very un-interactive storyline segment. Or at least that’s the way it felt during my playthrough as a Dragon-affiliated character.

I have really strong feelings against games throwing the story at the player, especially when that story is the same for everyone AND ESPECIALLY when that game is an MMORPG where individuality is supposed to be a major thing. I mean, what would you prefer to have? A game where you’re adventuring along and realising the story for yourself? Or a game where it’s all: “HEY I’M A STORYLINE ELEMENT AND YOU HAVE TO LISTEN TO ME BECAUSE I’M RELEVANT!”? I’ll bet you chose the first option.

I feel that MMORPG’s are heading down a path that makes them single-player games with other players running around to slow down progression by making people wait around for parties to gather to take out bosses. And by having a story-element that is the same for all players and is directed at all players experiencing that same content, it only reinforces the point against strong storyline elements in MMORPG’s.

Gameplay in The Secret World will feel amazingly familiar if you have played any MMORPG released in the last ten years. I remember when the game was being hyped up that the gameplay would be a lot more free than most other MMO’s and that it’s combat system was going to be one of it’s main selling points. 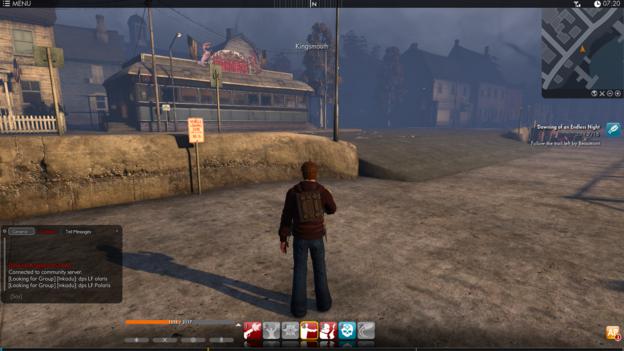 Well no longer! The combat system is pretty much the same as every other MMORPG. For instance you click on an enemy, or use the hotkey, to select an enemy monster and then you mash your skillbar until it dies. That’s it. That’s the combat. I mean, you can kite enemies around (like I do), but generally they keep up with your pacing and hit you anyway. Of course when boss fights come around, you need a bit more co-ordination, but basically, just have good enough gear and mash skills until you win.

The one thing that The Secret World has going for it is that it has done away with traditional leveling systems and replaced it with a much freeing level wheel. Basically with this system you gain exp by killing monsters and doing generic fetch or kill this quests and whenever you hit a certain threshold, you’ll gain a point to add onto your abilities wheel and your skills chart.

This system allows for players to become really focused in one area, or to build up a collection of skills around different areas to fit their own playstyles. However, you can’t just keep adding one point to one ability, you have to start hoarding points to get those skills up to a much higher level.

The one other thing the game has going for it is that apart from the usual fetch quests and go to this spot to kill this type of monster quests, is that there are some quests that require you to actually do some research to solve puzzles. Fortunately the game includes a web browser to research the riddles or to just look up the solutions. I wont chastise anyone that just looks the answers up, but it’s much more personally rewarding to work this stuff out for yourself. 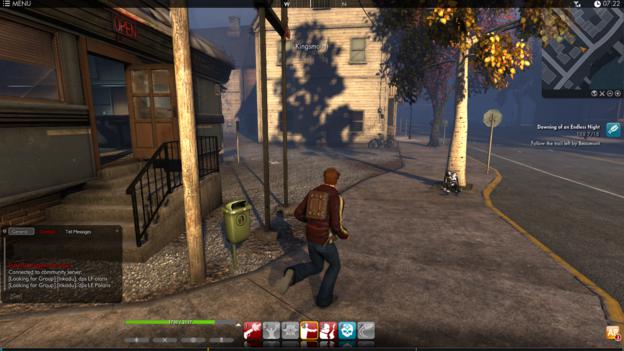 Overall, the gameplay just felt way too generic for me to want to invest much more time into this MMORPG than I had to. With the exception of some quests and the leveling system, there just isn’t enough to justify recommending the game to others. I was sorely disappointed with this game as it was one I was -really- wanting to enjoy.

Visually, The Secret World is one of the messiest games that I have seen make a full release. There are just to many problems and many of them are horrible. I am by no means a graphics whore, but when you have a tonne of visual problems, it starts to impact the enjoyability of a game and when I play games, I want to enjoy them.

The first problem with the visuals that I want to talk about are the player characters themselves. Now, I play this game on maximum settings, so you would think that this would alleviate some concerns with Player Characters. Not so. There are a tonne of visual errors at play here, like the way the hair sits on a characters head. Even worse is when you can see all the different polygons on a characters model even with the skin stretched over it. Urk. 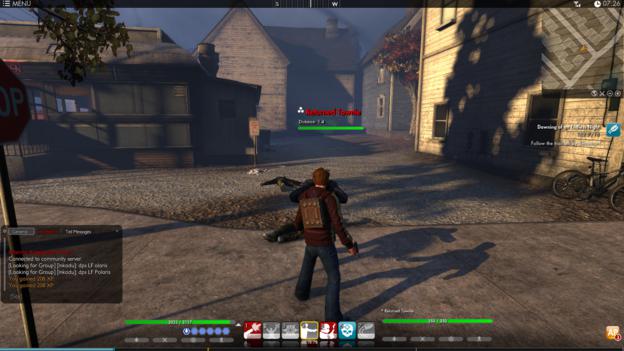 The next visual problem comes with visual scaling. This is one of the hugest gripes I have with the game. I don’t know why, but everything seems like it’s smaller than it should be, or that the player Characters are too large for the world around them. It’s really immersion killing when your character seems like he’s way too big for a door frame or he’s able to walk onto a cars bonnet. In MMO’s I always though that it was standard practice to make everything slightly larger and more spacious to accommodate for players and immersion. A weird scale really killed the immersion for me with this game.

The monsters in this game were cool though. As were some of the effects. The colouring was pretty varied, even if it didn’t quite look right.

Honestly, this game’s audio is not memorable at all. I don’t find myself thinking about it, I don’t particularly remember any lines from the game and I definitely don’t find myself playing the game just hear the background audio.

As with most games audio that I don’t like, I just can’t write that much about it. It’s bland, uninteresting and failed to capture my attention. Avoid if you’re a person that wants an awesome soundtrack for their games.

If you’re a fan of paranormal kinds of stories and MMORPG’s with standard mechanics, you will probably like this game a little bit. However, it has a bunch of issues that wouldn’t stand for a full release single player game, so why should you pay a subscription constantly for a game with them? My recommendation is to avoid this game.

Be sure to check out the first 25mins of the game to see what the game is like. Keep a look out for some of the things I mention in my review. Do you agree with our review? Let us know in the comments below.