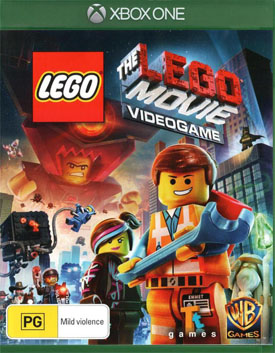 One of this year’s best animated features has just hit cinemas here in Australia (about 6 months later than the rest of the world) and it is accompanied by Lego Sets, merchandise and of course a video game! The Lego Movie Videogame takes the plot and characters from the film and brings them home for you to play with yourself. While it manages to capture a lot of the charm of the film, it struggles a bit to bring all of the whimsy and wonder along with it. 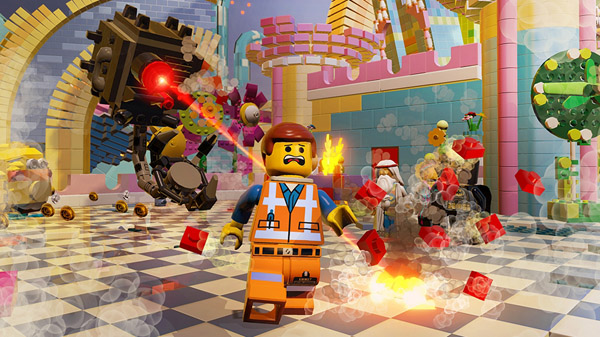 When the evil Lord Business tries to collect a super weapon of unimaginable destructive power, the good Wizard Vitruvius warns him that he will be stopped by “The Special,” a prophesied hero that will save the world. Enter Emmet Brickowski, an ordinary construction worker minifig who just yearns to be noticed. After teaming up with a mysterious, tech-savy, ninja-esq female fighter minifig, Emmet finds himself mistaken as “The Special,” and is whisked away on an adventure that has him crossing paths with Batman, running from a two-faced cop, and finally showing that you don’t need to be “The Special,” to be special.

The Lego Movie Videogame’s story is ported straight across from the film and is primarily told through sections of the film that are cut and pasted in between stages. It should be noted though, that since the game’s plot is lifted directly from the film and the fact that many of the cut scenes are actual sections of The Lego Movie, that there are a tonne of spoilers through the game and if you want to go in blind to The Lego Movie, then you are probably better off watching it before picking up this game. 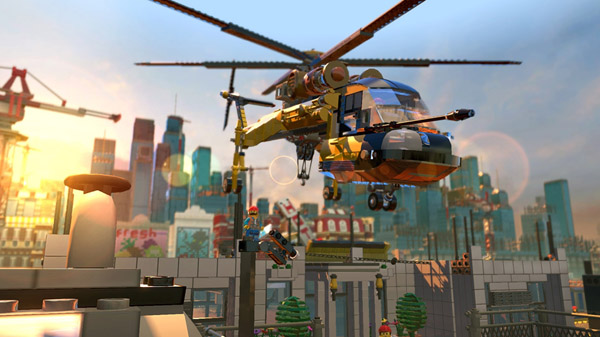 The Lego Movie Videogame is pretty standard-fare when it comes to Lego videogames. You play are a collection of heroes, all who have different skills and abilities and you utilise their unique abilities to progress through the game’s fifteen large worlds, collecting everything in your path. While fifteen stages doesn’t seem like a lot, they are all massive maps, and the fact that there are so many collectibles means you will come back time and time again to find everything.

Since this is a Lego game, don’t expect anything overly difficult. There are little to no consequence for dying, and the puzzles themselves are nothing to scratch your head about, but the game is still fun and this simplicity makes it great to play with kids (of all ages). However, if you are a little bit older and have a little bit more experience with video games, you will likely find the challenge and objectives to get old and repetitive very quickly. 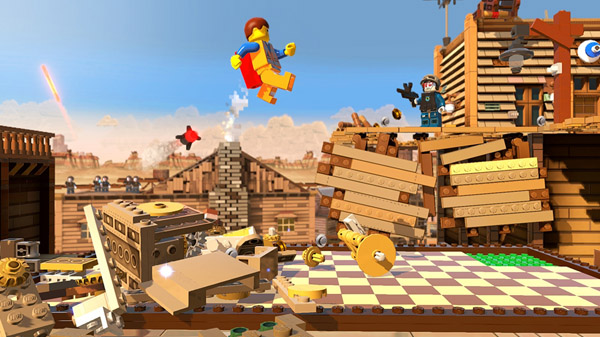 While the game follows on from the same pattern as other Lego games, it does throw some new concepts into the mix. The biggest addition is the new instruction builds. Throughout the levels are a selection of instruction pages that Emmet can use to build large Lego structures. Using instructions creates a mini-game where the player has to find the missing pieces in order for the structure to finish being built. The quicker they find the pieces, the more studs that they earn. The instruction builds are very reminiscent of real-world Lego kits and make ita better representation of actual Lego kits than previous games.

On the topic of past Lego games, Lego City Undercover really set the bar high for where Lego games should be heading. Its large open world was as much fun to explore as the individual levels itself. The Lego Movie Videogame doesn’t quite reach these lofty heights, and while there are a variety of hub-worlds, they are not as big or sprawling as those that have come before it. The smaller disconnected hub worlds may add to the tone of the film and game, but it really feels like a big step backwards for the franchise.

While past TT Games Lego titles have given us worlds that only featured Lego pieces for the intractable objects, The Lego Movie Videogame finally gives us what we have all wanted – a world built entirely from Lego. The colourful bricks that we all love so much are now the literal building blocks of the entire world. Everything from the citizens to the vehicles and even the buildings and roads themselves are built from Lego, which makes it look like a child’s dream creation come to life and adds a sense of whimsy.

The world itself isn’t the only thing that is authentically Lego this time around. Taking inspiration from the stop-motion animation style of the movie; characters all move in a blocky, somewhat disjointed way. It is a nice feature that just builds upon the authentic Lego vibe of this game. While a lot of other games couldn’t pull off this style of movement animation, Lego manages it quite nicely.

One downside to the visuals is the fact that there isn’t much of a difference between the Xbox One, PS4 and PC versions in comparison to the last-gen consoles. While they all look great, and the new console version have that slight more sharpness to the visuals, that is about it and unless you are really looking for it there aren’t all that many differences. 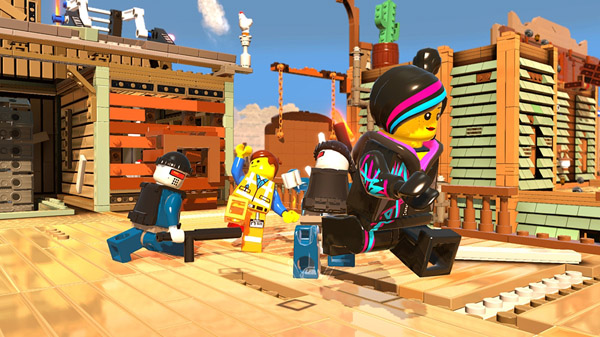 The voice acting for this game is a little off. Firstly, all of the cut-scenes are taken literally from the movie with no alterations or additions. This means that during these sections, we get samples of the great voice work that the likes of Chris Pratt, Will Ferrel, Morgan Freeman and Will Arnett put into the film. However, the same actors do not lend their voices to the in-game sections, resulting in a bit of a disconnection in the two. The voice actors for the gameplay sections often sound remarkably similar to their film-counterparts, but they are just different enough for you to tell.

The music is your pretty typical Lego fare, everything is happy and joyous and really sets a family-friendly tone to the events. However, the film’s theme song “Everything is Awesome,” makes a triumphant return… to punctuate just about everything in the game. Just about every accomplishment is accompanied with the flourish of “everything is awesomeeeee!” What originally starts as upbeat and cheerful quickly turns into repetitive and frustrating. 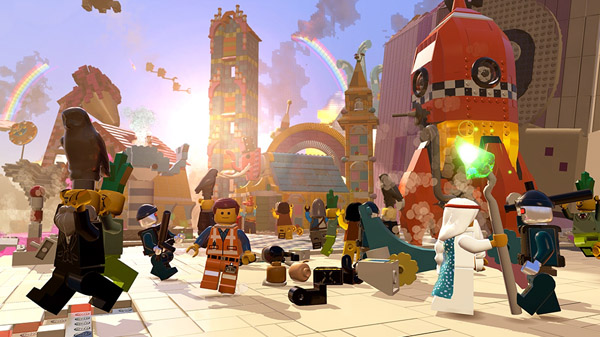 The Lego Movie was one of the most unique and special family movies to come out in the past few years. Its cast of characters manages to bring the childhood building blocks to life and create an adventure on par with what we as children could dream up. The Lego Movie Videogame goes a long way to bring that magic to the console, but its few nagging issues fall a bit flat. While there is a lot to see and do, it feels like a step backwards from the likes of Lego City Undercover and its few new additions to the Lego format feel like they could do with further development. Everything is awesome, but it isn’t the best that it could be.