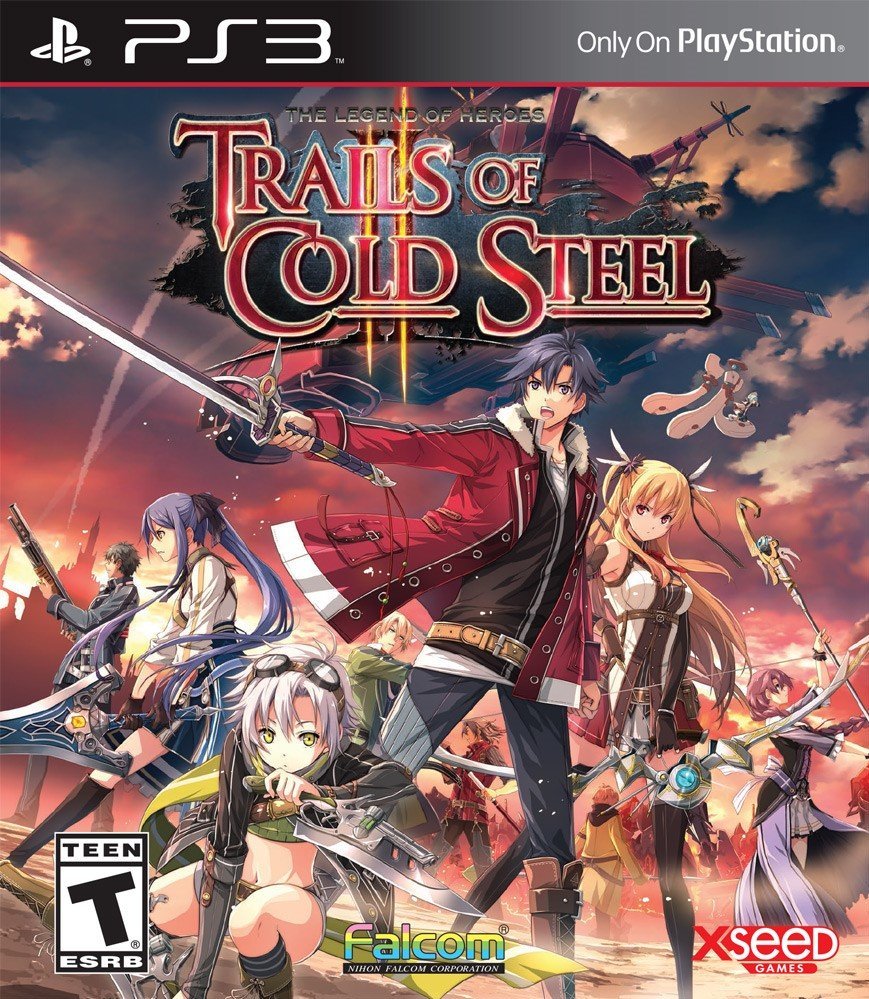 The Legend of Heroes: Trails of Cold Steel II

With the release of The Legend of Heroes: Trails of Cold Steel late last year began a trilogy of games that started out incredibly strong and now after leaving off with a cliffhanger to an amazing game.  Now English fans have only had to wait nine months to see how the story will continue in The Legend of Heroes: Trails of Cold Steel II. So now that this sequel has been released, will this series manage to still deliver the same quality we loved from the first entry?

Where some sequels tend to simply take place in the same world as the first game and might only feature cameo appearances from past characters, The Legend of Heroes:  Trails of Cold Steel II is an almost direct sequel to the first game. This means that while it is not necessarily required to play through the first game to understand what is happening in the sequel, it is if you want to get the most out of the experience. 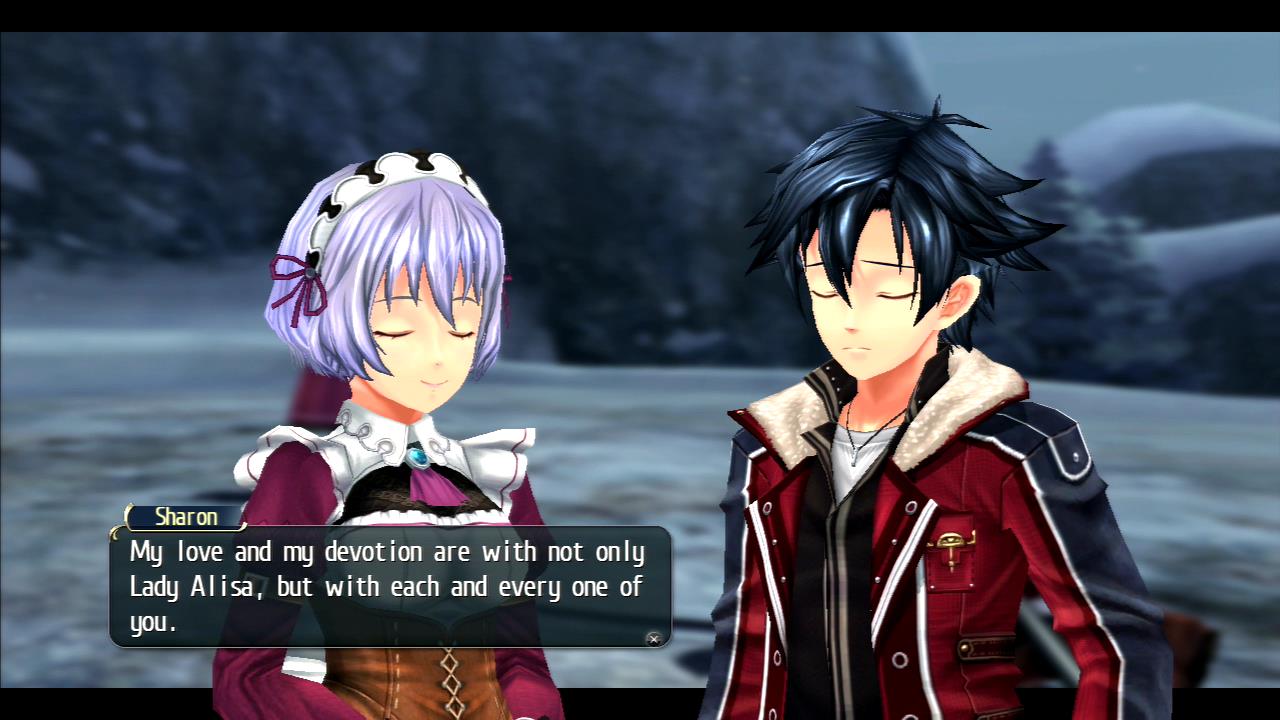 I say this because while this sequel does provide small pieces of information about events that happened in the past, this is meant to be a refresher course for fans who played the game less than a year ago and not newcomers and also since one of the most enjoyable parts of the series comes from the character interactions, players will want to see the more personal interactions that are only available with data from the first game instead of the more generic versions that come from playing the title on its own.

That being said, The Legend of Heroes:  Trails of Cold Steel II picks up about a month after the cliffhanging events of the first game where, after a massive event left the main character Rean and his compatriots stunned and sank the country into a civil war. In an effort to avoid going into spoiler territory let’s just say that Rean finds himself separated from the rest of his classmates and allies but just so happens to be near his hometown. 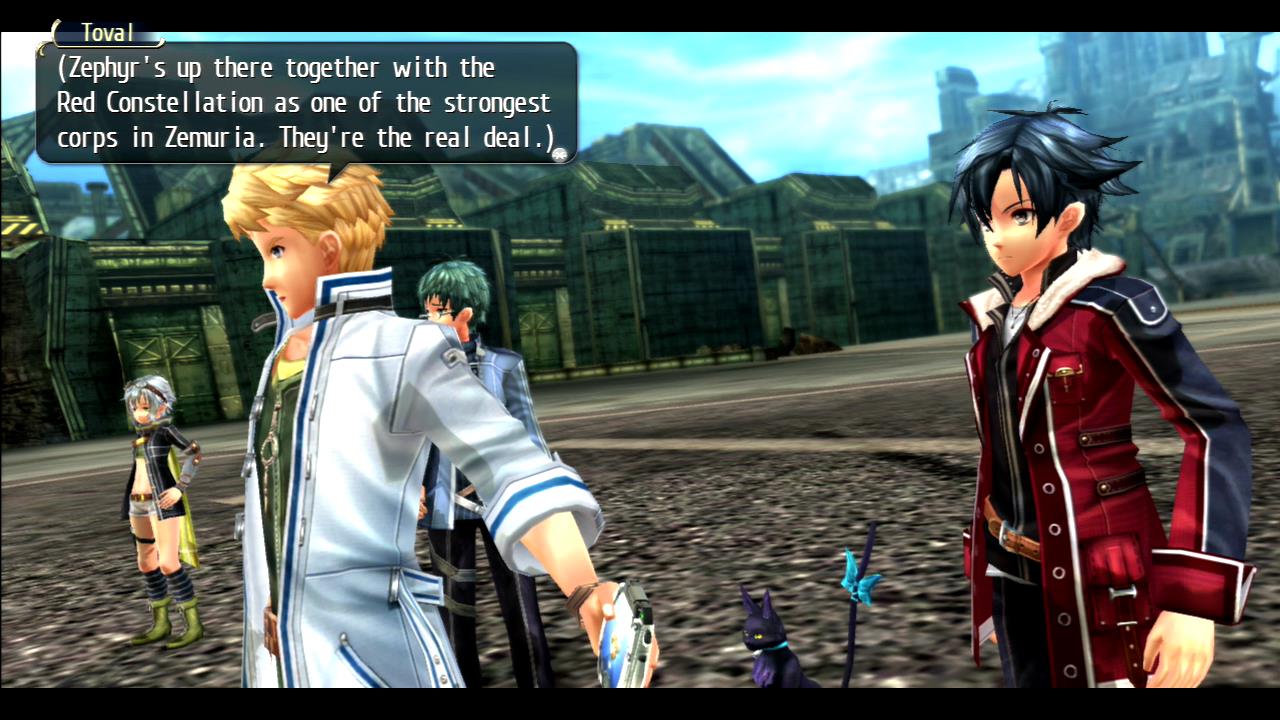 With his goal being to reunite with his missing classmates and do whatever they can to put an end to the war tearing the nation apart the story this time around takes a bit of a heavier tone than the first game in the series as there is a bit more focus on the political aspects and numerous moving pieces in the world. There is always more than meets the eye with this series and this is especially true when it comes to the events that transpire throughout the course of the storyline, helping to keep players on their toes as much as possible, though it does have a rather slow start as well as a long drag towards the middle of the game that players will need to power through.

Thankfully one of the best aspects of the first game remains as tried and true as ever in The Legend of Heroes:  Trails of Cold Steel II and that is the fact that the title puts so much emphasis on story development and crafting character arcs that are incredibly memorable. As those who have played the first game know, this is a series where nearly every character you come across will have a personality of sorts and various interactions that will change over the course of the game, making the title one where you’ll always want to speak with people that you come across. 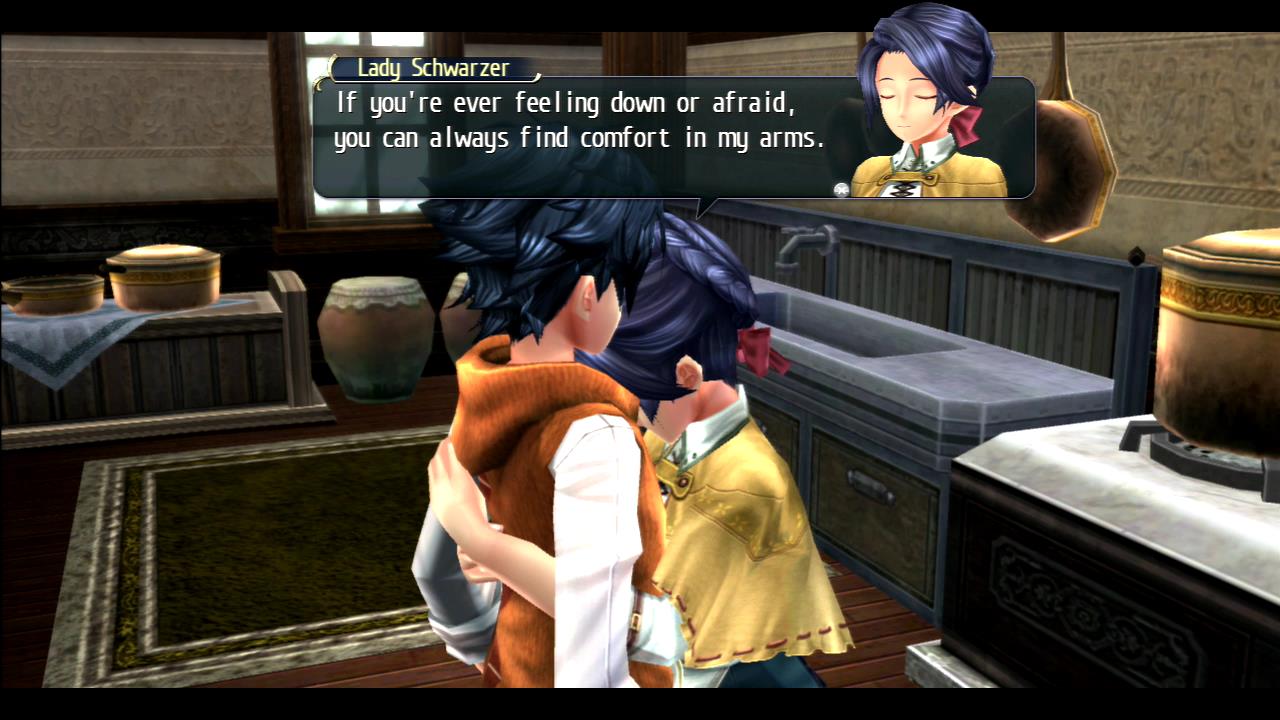 With this type of attention to detail put into even the most basic NPCs players can expect the great character interactions between the core cast and new characters introduced in this entry to be as entertaining as before and it is through these interactions that even the slowest parts of the game manage to hold together so well. As mentioned before, the tone is a bit darker this time around so many of these interactions will involve certain aspects of war and how things are being affected by the battles but the title never really enters dark territory as many of these horrors are only mentioned and never shown. There is also still plenty of humor to be had, especially when the localization of the game continues to serve as a real example of just how well a massive title like this can be translated for a Western audience.

In many ways The Legend of Heroes:  Trails of Cold Steel II features the same style of gameplay as before as players will find themselves using mostly the same systems as before when it comes to combat and customization with player freedom in this aspect being as open as ever when it comes to trying out various builds. Enemies are visible on the field and can be targeted by the player or avoided flat out while the combat is a turn based affair where normal attacks, Arts (magic attacks), and special Craft moves that rely on a CP meter that is filled by dealing and receiving damage can be utilized to defeat foes. 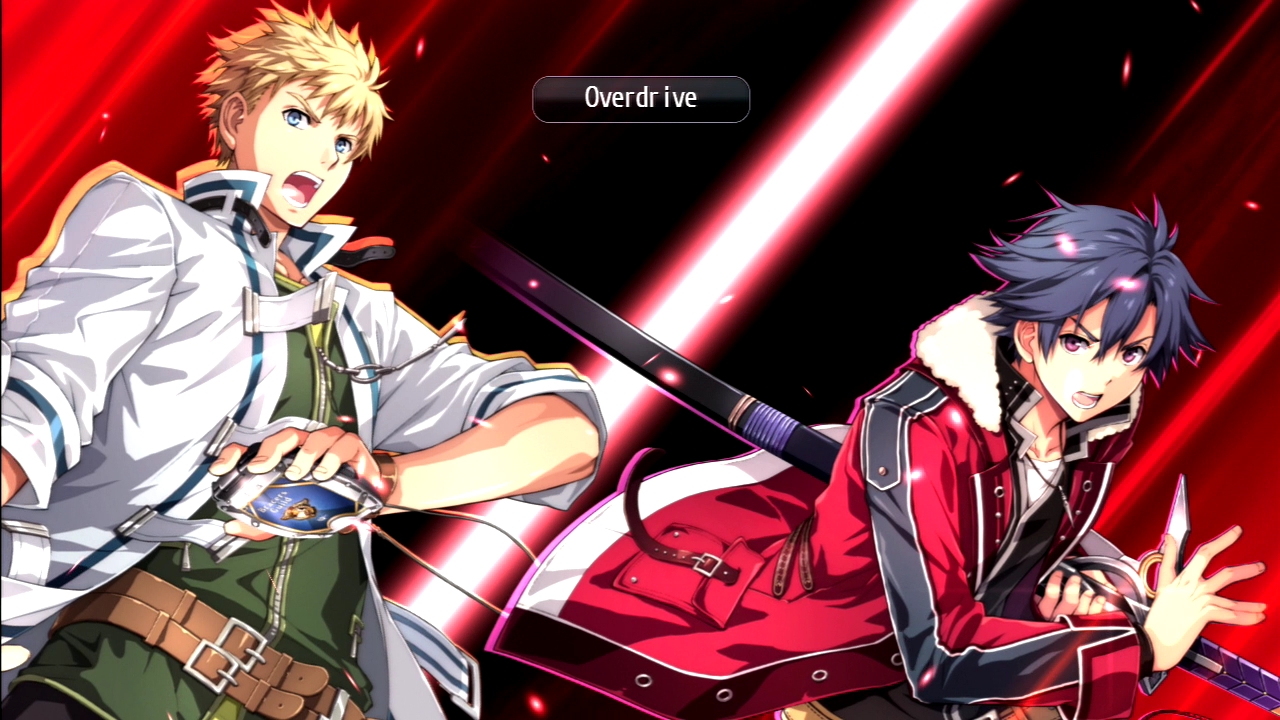 Characters in combat can still be linked to one another allowing them to perform follow-up attacks to off-balance enemies but this time around there is another aspect to the link system that has been added to the game. This is called overdrive mode and allows players to attack multiple times with linked characters and even use arts with instant cast times, something that can be rather essential at times since this game is no walk in the park in certain areas and this feature will likely turn the fight in your favor against some of these particularly difficult areas. Outside of the standard battles mentioned above there are also fights that involve Rean taking control of a certain giant mech and battle against other mechanized foes. These battles are a bit different from your standard and help spice up the action from time to time but are hardly as exciting as one would think.

If it sounds like a lot of what The Legend of Heroes: Trails of Cold Steel II offers in terms of combat and customization is the same as before then that is indeed the case as only the aforementioned modifications have really been made to these systems so things can feel a bit repetitive at times due to these un-enhanced mechanics but considering how satisfying the combat in the first game felt, only making a few tweaks was for the best. 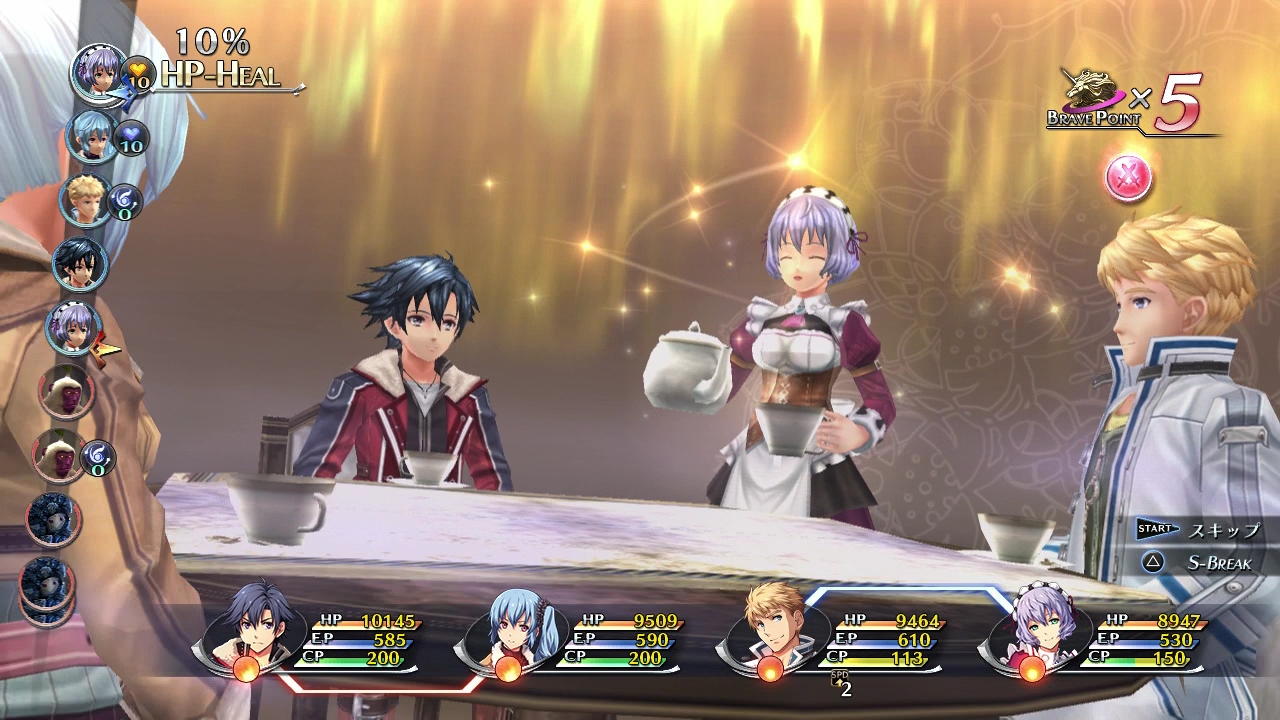 One of the more impressive, albeit somewhat predictable, additions in this title happens to be the unlocking of an airship that can be outfitted with shops and used as a way to move quickly from place to place though players also eventually unlock a special motorcycle like vehicle. It is worth noting that with this faster pace of travel available to players after a certain point that it might be possible to miss smaller aspects of the game but thankfully the game offers small warnings when players reach points in the story where certain events will close out side quests, giving players a chance to revisit and examine areas they otherwise might have blown past.

Although developed a year after the original game, there really isn’t too much of a noticeable improvement in The Legend of Heroes:  Trails of Cold Steel II’s designs and it is sad to say that while the game does look rather impressive for what it is, it does show its age. That being said, this is by no means a game to scoff at as the character designs are still nicely detailed with a wide-variety of designs on display and colors used with the various environments and towns that players explore given the same level of detail. 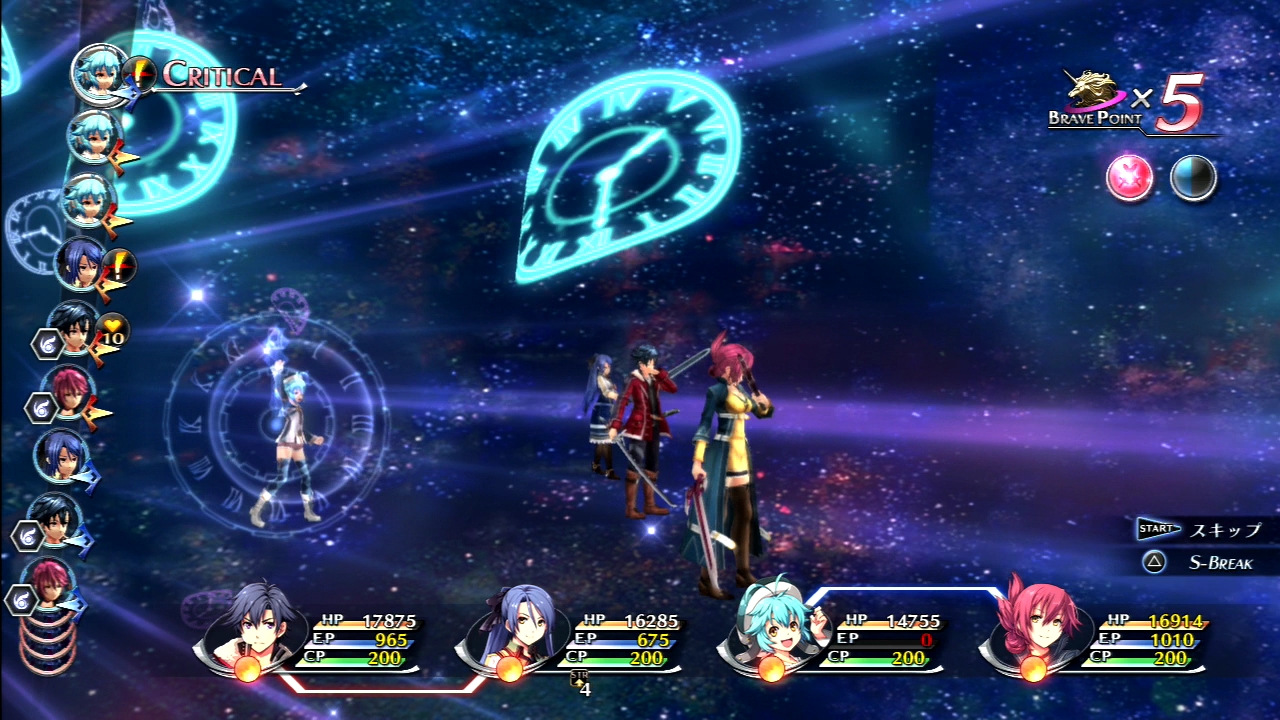 As far as the soundtrack for the game is concerned, fans will be pleased to hear that the title continues to excel in this department by featuring a wide variety of tracks that sound fit perfectly for this type of game and utilize numerous tones to keep from sounding too familiar to one another.

The Legend of Heroes: Trails of Cold Steel II is an excellent follow-up to an incredible RPG and one that fans will be more than delighted to hear advances the story in an enthralling way that very few developers and writers manage to, especially when the story can last for well over sixty hours in one run. With small tweaks to the enjoyable combat mechanics and other small additions to this great game players will notice that there are quite a few similarities between this title and the first, but with such a detail driven storyline and fantastic characters to pick back up with, these are only small complaints in the face of such a grand title.

The Legend of Heroes: Trails of Cold Steel II might not have seen too many additions over the first game, it offers the same engrossing and highly detailed storyline and character interactions that fans have come to love the title for, making this immense game worth the time investment.
9