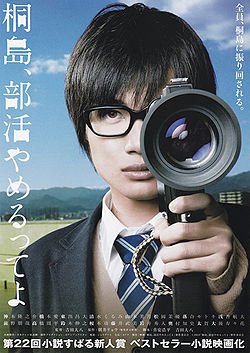 Overview:
I seen many films of the 16th annual Japanese Film Festival this year, but none quite like The Kirishima Thing, a wildly inventive and thought-provoking film brimming with purpose.

It’s a film about unraveling the structure of the layered ecosystem that we call society and how the very nature of human existence necessitates such a hierarchy, one that ultimately wrings the life out of us all. Bleak? Perhaps. Honest? Absolutely.

The Kirishima Thing may not be the best film on the card for the 16th Japanese Film Festival, but it is undoubtedly the most interesting. 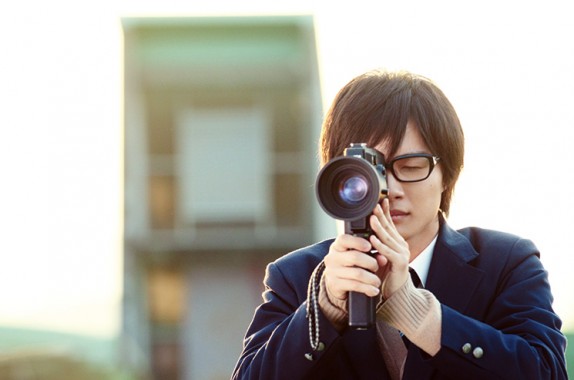 Story:
Based upon Ryo Asai’s novel ‘Kirishima, Quit the Club’ and directed by Daichahi Yoshida, The Kirishima Thing follows a few days in the life of a group of high-school students after the sudden disappearance of the popular guy Kirishima. Throughout the film we begin to see the structure that Kirishima sat atop of slowly unravel and ultimately crumble and in the end become born anew.

Interestingly enough the eponymous Kirishima never appears in the film, instead we follow a multitude of characters from all walks of life and witness how the disappearance of Kirishima effects them in a variety of different ways and throws the entire school’s ecosystem out of whack. All of this plays out through non-linear story-telling with the story jumping back to show things from another character’s perspective.

With Kirishima gone there is an undoubted void left in his wake, his disappearance unexplained, he will not return anyone’s calls, not even from his own girlfriend. He leaves his position on the volleyball team completely empty after he quits, leaving a usually benched player to try fill his boots. His best friend Hiroki suddenly rises in popularity throughout the school. All the while inner conflict breaks out throughout the schools social groups. All of these people relied on Kirishima in some way, whether it be directly or indirectly. When he up and leaves without any explanation things are thrown into disarray. What do they do now that they don’t have Kirishima to depend upon?

We see the way things change throughout the film and the way these characters connect with one another. But perhaps the two most interesting characters are Hiroki and Maeda, both at the opposite end of the social spectrum. Hiroki struggles to deal with the growing expectations placed upon him by the rest of the school, with it all mounting upon him until it all comes out in the films final and best moments. Maeda on the other hand struggles to find freedom of expression in a society that damns him for it. He spends the entire film trying to make a zombie movie for the school film club despite his teacher telling him that he needs to make something more relatable to students such as himself. It’s ironic that in the end Maeda’s existence and school life in general much like a zombie flick is dictated by a survival of the fittest mentality. At the end of the day, they’re all just eating each other alive – That is society. 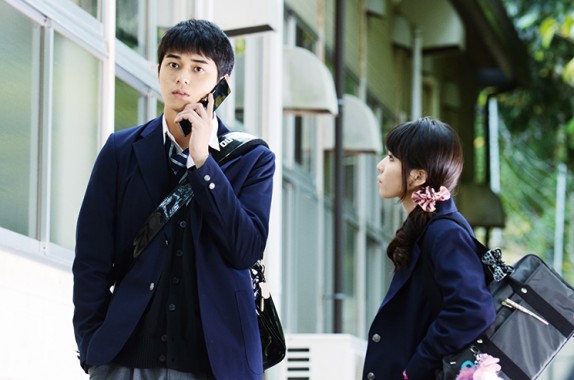 Everything culminates in glorious fashion on the school’s rooftop where all sides of the school societal structure are brought together. Here we see the boiling point of the simmering pot the movie had been up until the point, all the emotions begin to overflow and release. After all is said and done, everyone moves on. Kirishima is a thing of the past, life goes on and the cycle repeats. Decidedly the hierarchy is needed because without it, all that exists is chaos. But what real difference does it make if you control the chaos? It’s still chaos no matter how you paint it.

In the film’s final moments we get the most poignant scene of The Kirishima Thing. Hiroki, now the new Kirishima of the school’s social structure asks Maeda whom is still in his place at the bottom about his camera and his dreams. “Are you gonna be a famous director? Marry a pretty actress? Become rich?” He asks. Maeda simply and with maturity far beyond his years responds, “No.”

Of all the people in the school, Maeda understands the way of the world best and he isn’t deluded enough to think that the boy running around with an old 8mm film camera has much chance of doing those things. He is smart enough to know that however grand the moments that fill his school life may be, it will one day be over and unlike his favourite horror films, there will be no sequel. But that doesn’t mean he won’t live life his own way. He rejects society just as much as it rejects him, he won’t make it to the big time, but he will continue his passions on his own terms. After seeing Maeda’s freedom from the system, Hiroki realises just how trapped he is by it and almost in denial he desperately tries to call Kirishima one last time, but there is no answer all that remains is the sound of silence.

The film concludes quietly, as if nothing had ever changed. The titular thing with Kirishima soon to be forgotten and in it’s place the next big thing. This endless miserable cycle starts anew. It’s a harsh reality, but that’s the world at it’s most sincere – harsh. 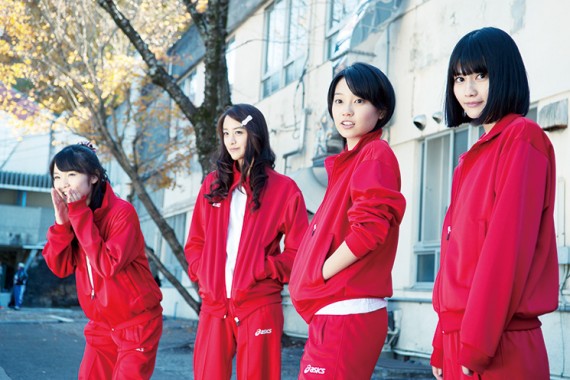 Visuals and Audio:
The Kirishima Thing is not only a complex and deeply thoughtful film but it’s also a very beautiful one aesthetically. There are a lot of great set-pieces used in the film, the best of which is undoubtedly the rooftop, which by the end of the film has almost taken on a life of it’s own. Most high-school dramas portray the school akin to a prison or in a way that makes it feel as though the students are trapped there. The Kirishima Thing on the other hand uses the school in a number of different ways, when things are going well for the students or things are at the very least calm, the school appears cozy and inviting. Conversely when things are spiraling downwards there is a cold and chilling look to the school and when things finally reach boiling point the heat feels heavily apparent. The school itself is a representation of their society and as it changes so does how the school is presented. Yoshida definitely has a keen eye for angles, utilizing many creative and interesting shots to capture both the cast and the school in which they are inhabiting. All in all it makes for a splendid visual experience along-side an inventive story-telling experience.

In terms of audio, the film’s soundtrack is phenomenal. Each track is precisely timed and never obtrudes into scenes instead only adding to them. I must commend Yu Takahashi for his theme song “The Sun Also Rises” which he contributed to the film, it’s a haunting tune that carries the weight of emotion exhibited within the film with ease. 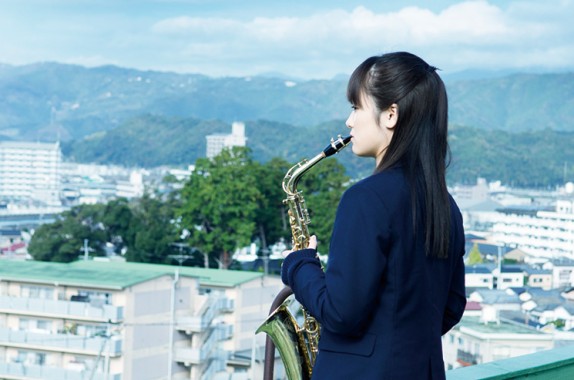 Overall:
For all it’s brilliance, The Kirishima Thing is still a difficult film to recommend. It is not at all a film you can just switch your mind off for 2 hours and enjoy, instead it’s a film that demands your attention and pokes around in your mind long after you have finished watching it. It will make you think and it may even confuse you due to it’s non-linear story-telling. If that’s not up your alley then this probably isn’t the film for you, but if you enjoy something meaningful and at times even profound then by all means go see The Kirishima Thing.

It is a quite simply a masterpiece social commentary that will enter through your mind and tinker with your soul. It’s like smooth jazz on a winter’s night, The Kirishima Thing is humanity in its most rawest form and is essential viewing for all those who love film at its most thoughtful.